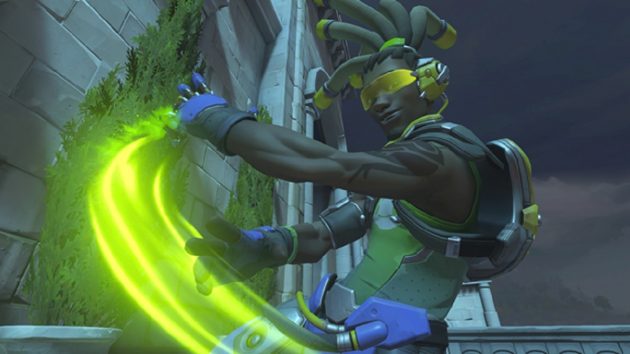 There are only 10 days left of Overwatch Season 18 Competitive Play. In other words, time is running out for you to make that last push for SR. From getting out of Bronze to reaching Top 500, everyone has their own goals. It’s no secret that playing specific heroes can benefit your rank depending on the meta. So here are the top tier heroes you should be playing right now in Overwatch Season 18. Let’s get to know them. 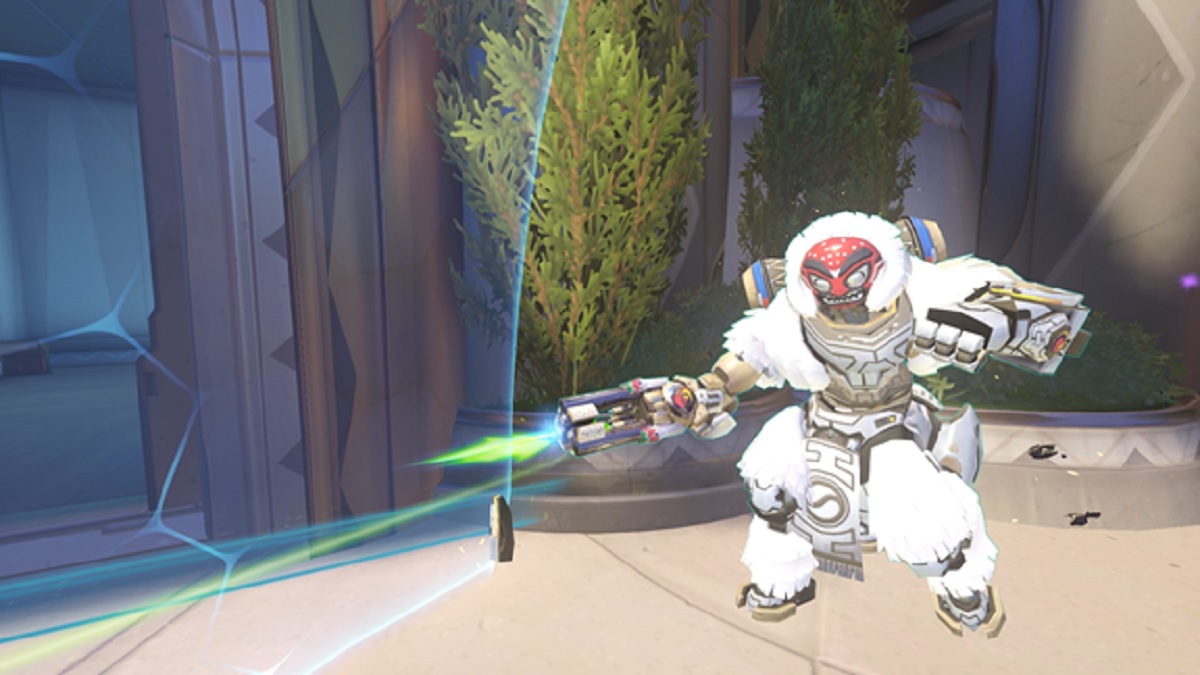 Despite numerous nerfs since role queue’s introduction, Orisa is still the best tank in Overwatch Season 18. The basis of her strength comes down to a few things. Firstly, she can do so much whilst still providing a shield for her team. In contrast, Reinhardt is limited to either dealing damage or protecting his team. Orisa’s biggest advantage in that match up is that she can simultaneously provide a shield and apply pressure with her primary fire.

In times gone by, Orisa’s largest weakness was how easy she was to push. However, in Season 18 that is no longer the case. Of course, both her cooldowns help out to an extent. Fortify provides her an unmatched level of sustain and Halt can pull pesky opponents out of the way. The real crux is how strong her barrier is.

Orisa’s barrier has 900 HP and can be redeployed every ten seconds. Interestingly, it used to be as little as eight seconds before the nerfs. On paper, you’d think this means that 90 damage per second is enough to break her shield. However, it isn’t that simple. Overwatch’s best tank can use fortify to stall for a few seconds after her shield breaks. Equally, she can pre-deploy shield by throwing it into the air to cut down her cooldown timer significantly.

Finally, the main reason you should be playing Orisa in ranked. Her chemistry with both Sigma and Roadhog is unmatched. The classic pulled pork combination can punish out of position opponents at will. Orisa pulls a ledge, Roadhog hooks into it and your team has an easy pick. Equally strong, Season 18 introduced Sigma. Even if it wasn’t Blizzard’s intention, Sigma is Orisa’s best off-tank partner.

Sigma One of Overwatch Season 18 Heroe 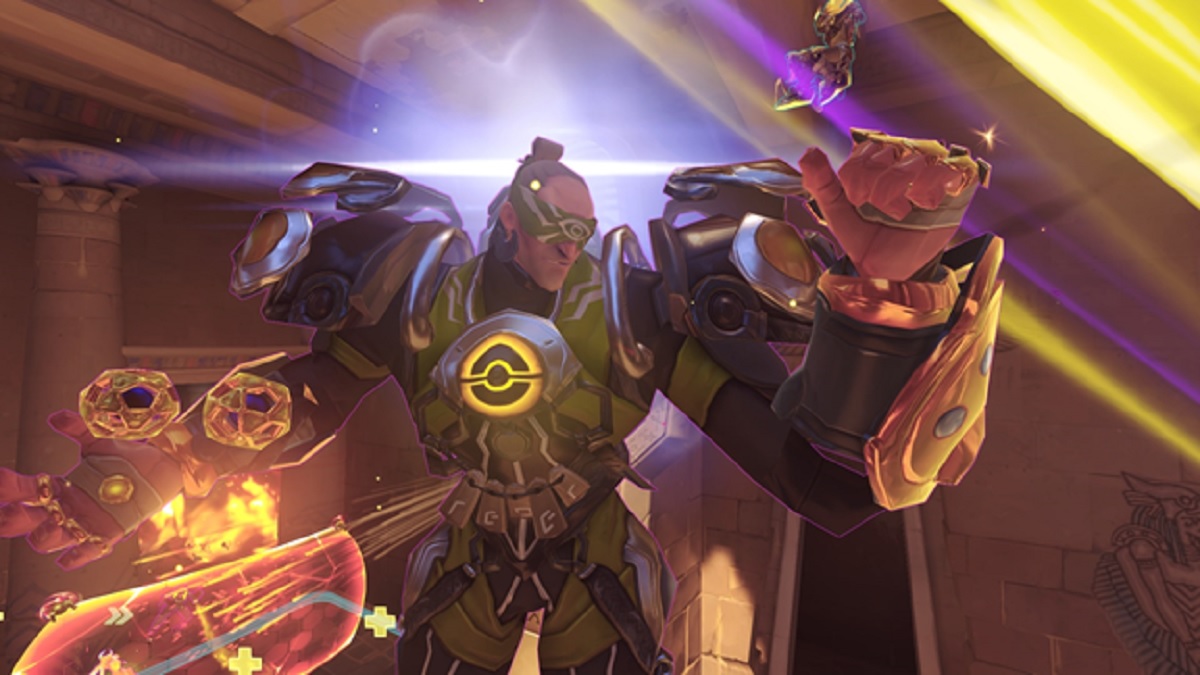 It’s clear that Blizzard designed Sigma to function as the main tank in a team. Unfortunately, role queue only dictates that a team plays two tanks, two DPS and two supports. It does not ensure teams have to play a main and an off tank. Previously, this wasn’t a concern. The chemistry between a main and off-tank outweighed any potential two main tanks could get together.

That all changed with the introduction of Sigma. Much like Orisa, Sigma is a tank that can do a lot of things whilst shielding his team. Also, Sigma is kitted out with several cooldowns that make him difficult to push. Actually, I’ll further and say Sigma is unpushable.

Sigma has a 1500 HP deployable barrier. Before the previous patch, this barrier could be moved around without any restrictions too. Mercifully, Blizzard added a one-second cooldown between separate shield deployments. On top of that, both his abilities help to punish any over-zealous opponents who are pushing their luck.

Accretion is a hard stun that knocks heroes to the ground. The further away you hit someone, the longer they are stunned. This can be particularly fun if you manage to snipe a Pharah out of the sky. Meanwhile, his Kinetic Grasp functions as a sort of make-shift D.Va Defense Matrix. Whilst shorter in range, Grasp eats up any incoming damage and converts it into temporary shields. You’d be amazed at how much survivability these abilities provide.

Perhaps Sigma’s largest selling point is his carry potential. Unlike any other tank, Sigma can mechanically carry. He doesn’t rely on communication to pop off like Reinhardt, Winston or Orisa. Season 18 has introduced us to a main tank with a very reliable one-shot combo. Just shoot, Accretion, Melee for a brutal 230 damage. 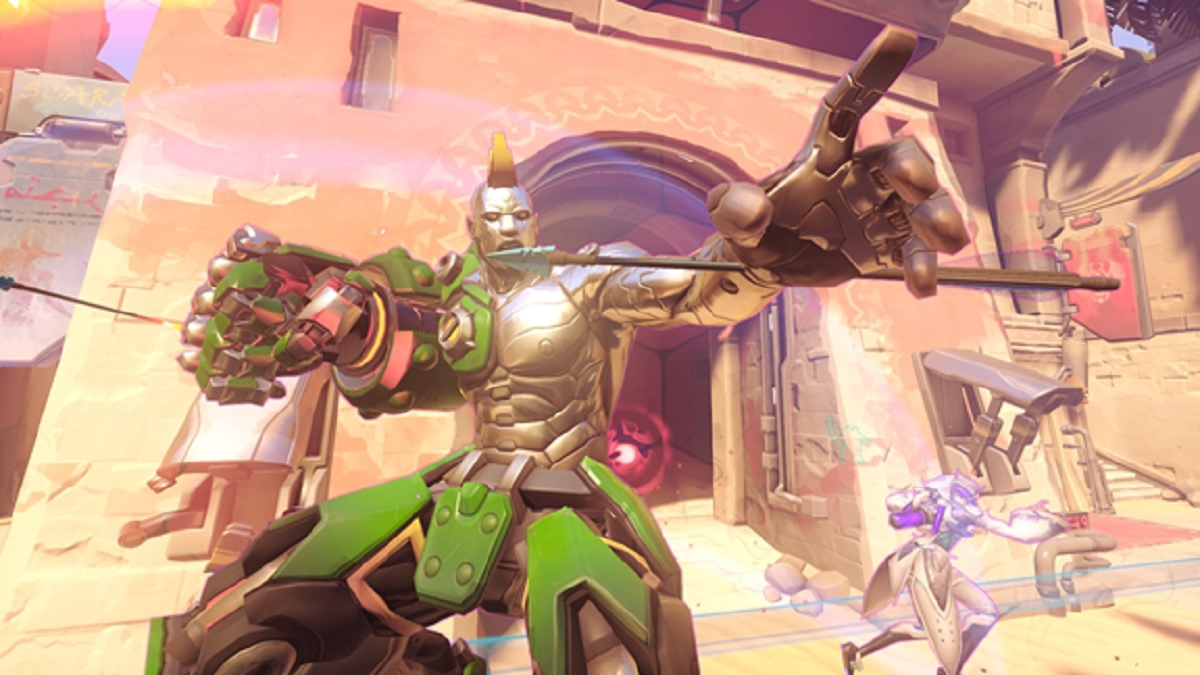 Doomfist’s introduction to Overwatch Season 18 can be considered one of Blizzard’s biggest mistakes. It’s arguable but I believe he kickstarted the crowd control craze and the shift away from Overwatch’s core FPS values. Throughout his various seasons, Doomfist has been everything from a must pick to a throw pick. However, it’s now in Season 18 that he is at his all-time strongest.

The Double Shield meta has caused a major headache for all ranged hitscan heroes. Popular FPS-centric characters like Widowmaker, Soldier 76 and McCree struggle to function with so many shields around. Unlike all those, Doomfist is not deterred by barriers. In fact, the presence of so many barriers has made him extremely strong.

Big Akande’s punches pass through all shields. Similarly, his uppercut can send enemies flying into the air, shielded or not. This isn’t his only advantage though. Doomfist has the second-best mobility in the game. A skilled Doom player can fly over rooftops, one-shot combo the backline and punch out back to safety. No number of barriers is going to stop that.

To be fair, on his own Doomfist is actually surprisingly easy to counter. All forms of mobility make his life far more difficult and hard stuns like McCree’s flashbang can punish mistakes. However, if the enemy team chooses to play McCree whilst you’re running the Season 18 Double Shield special, they’ve probably already lost. Outside of Reaper and maybe Sombra, Doomfist’s worse matchups are too difficult to play in this meta. If you learn his rollouts and combos there’s little that can stop you from getting value. 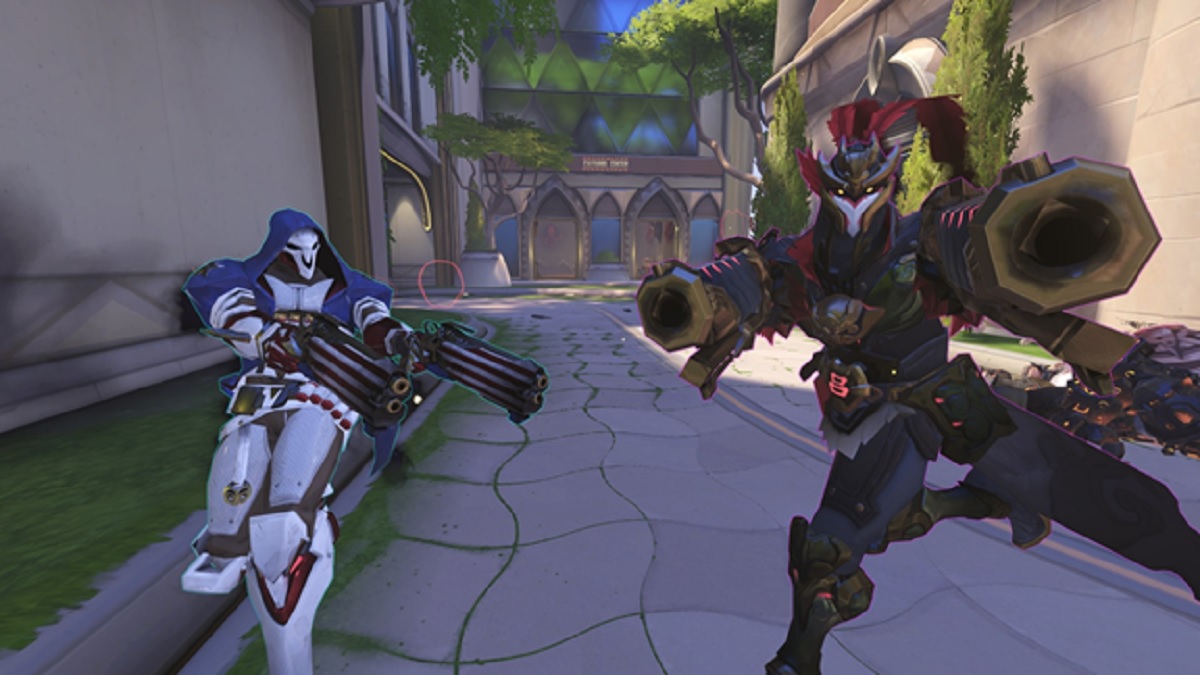 Theoretically, you would think shield break could work in this meta. However, as I’ve touched upon already, these two tanks rarely have a pushable opportunity. That means that when you finally get through you need to deal as much damage as possible in as little time. And thus, Reaper finds himself in the meta for the first time since Beyblade.

It’s simple. There is no other character this good at dealing close range burst damage. Couple that with his incredible 40% life-steal providing him insane levels of sustain and you’re left with a deadly DPS. Why bother breaking shields when you can just walk right through them? In fact, why even bother dealing with shields at all? Many of the pros just teleport behind the enemy team and get to work on their backline.

However, there is a catch. In some games, people may not play the meta at all. This is especially common in ranks below masters. Reaper might be excellent against most tank combinations, but he struggles against a lot of DPS. If you’re playing Havana and the other team is running Widowmaker and Hanzo, don’t play Reaper. Seriously, his hardest counter is double sniper, not stuns. You can play smart and bait out stuns. However, there’s very little counter play to two snipers aiming at your head. 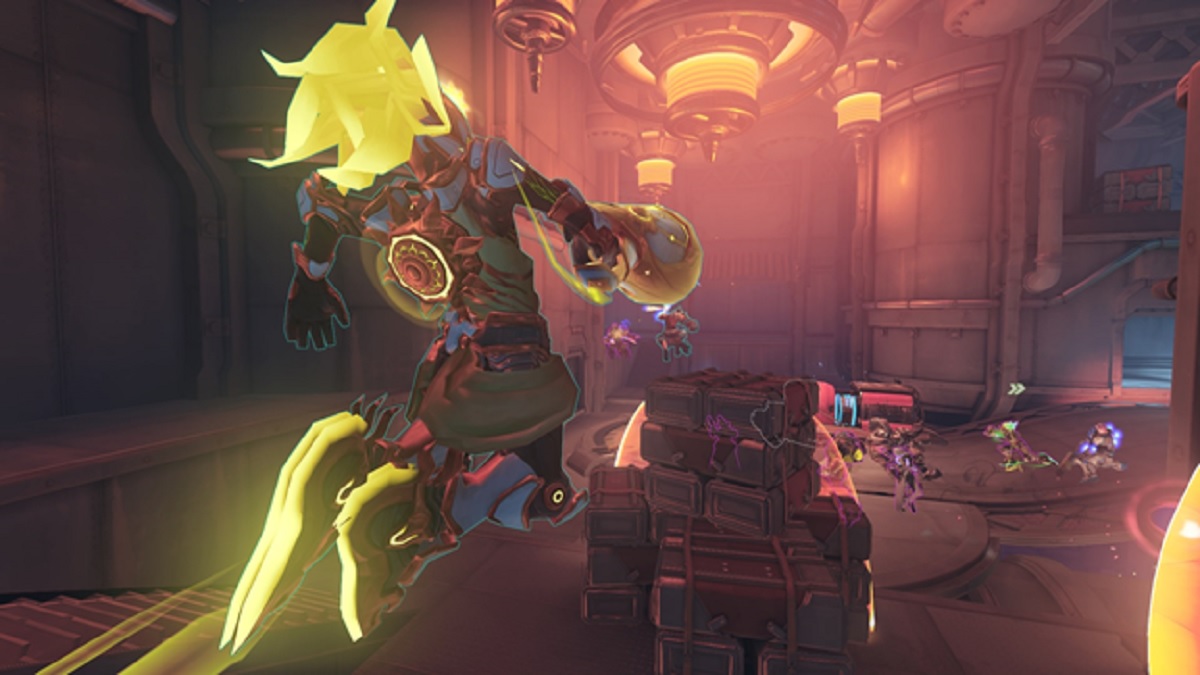 Lucio is the kind of hero that most players won’t complain about. He’s not overly oppressive and if boops you off the map it was probably a positioning mistake. His crowd control is strong but doesn’t remove much control from the recipient. However, make no mistake, Season 18 Lucio is surprisingly overtuned.

Think about it this way. In the simplest sense, heroes are broken down into four areas. Mobility, damage, healing and utility. Obviously, Lucio has the best mobility in Overwatch. Some of his rollouts are incredible. Equally, he is one of only two characters to have a dedicated defensive ultimate. Considering the other belongs to the almost unplayable Zenyatta, that’s another plus one for Lucio.

His healing isn’t spectacular, but a skilled Lucio player can do more than you’d think. Some well-timed amps can provide some clutch burst healing to keep up both tanks and squishies alike. It’s difficult to question his utility too. Outside of his ultimate, his primary utility is his Speed Aura. When activated, this provides himself and all nearby allies with a 25% movement buff. If speed is amplified, this increases to 60%.

The value of speed cannot be understated. Especially in the Season 18 meta. Giving a Reaper or your main tanks speed to push into the enemy team is very powerful. It can be the difference between taking advantage of a mistake or missing out on the opportunity.

You would think then that Lucio’s weakness would be his effective damage. In the wrong hands, this is true. However, a skilled Lucio can dominate even the best DPS players. Don’t believe me? Check out a FunnyAstro stream when you get the chance. It’s crazy how consistently he wins even the most uphill of duels. 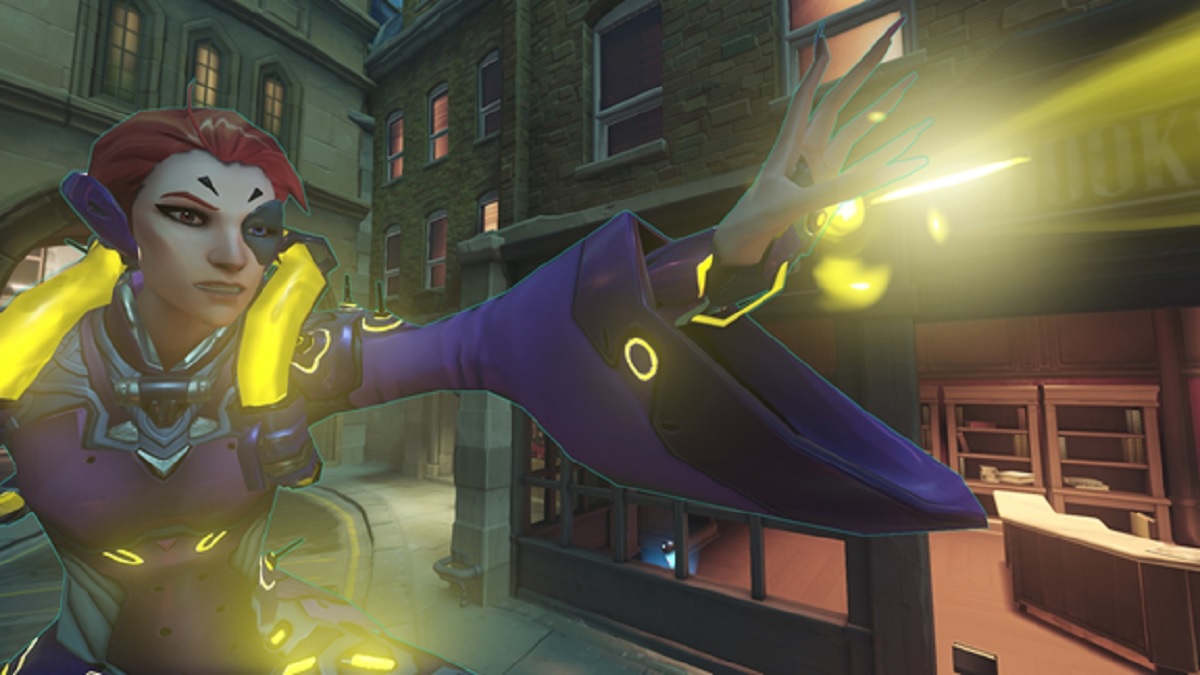 It’s strange to me that heroes like Moira can even become meta in the first place. By design, she is supposed to be the simple, low mechanics, main healer. That’s not to say she doesn’t still have a lot to manage but the general consensus is she’s far easier to play than Ana, Mercy or Baptiste. Regardless of her difficulty, there’s no doubting her current strength in the Season 18 meta.

You know with Moira regardless of composition you’re getting two valuable things. One, a lot of healing. Two, a lot of damage. Top that off with her decent ultimate and she’s got a lot going for her. Previously, her biggest problem was her lack of utility. However, in Season 18 this doesn’t matter near as much. The fact she can heal efficiently even with barriers placed everywhere is more than enough. Not to mention that her Fade ability is great against both Reaper and Doomfist.

Moira also has great carry potential for those looking to play an aggressive support style. Combining her damage orb into Coalescence with some decent tracking can wipe out any squishy on the game. If you’re feeling really confident, it can even take out both halves of a Pharmercy.

So which of the heroes are you be in Overwatch Season 18? Please leave your comment in the comments box below.

Follow us and get the latest news delivered to your timeline!
OverwatchOverwatch Season 18
Previous ArticleFIFA 20 Review: Park The Bus EditionNext ArticleFallout 76: A Story of Failure and Deceit