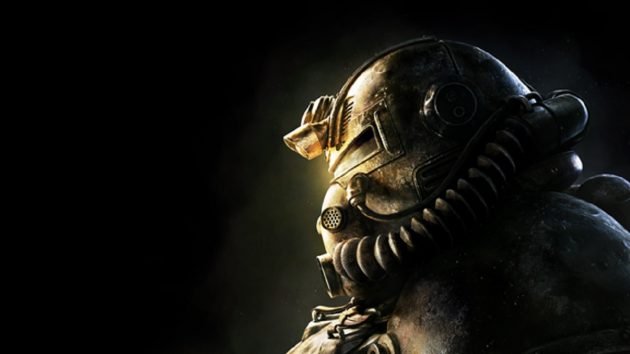 Fallout 76 has gone down in the history books for all of the wrong reasons. Bethesda promised so much for their newest Fallout game but just about every promise has been broken. Their latest announcement of Fallout 1st feels like the final straw in an ongoing series of betrayals.

Furthermore, it doesn’t look like Bethesda plan to stop anytime soon. So before they go on and destroy their once beloved brand any further, let’s recap everything that went wrong. This is Fallout 76’s story of failure and deceit. 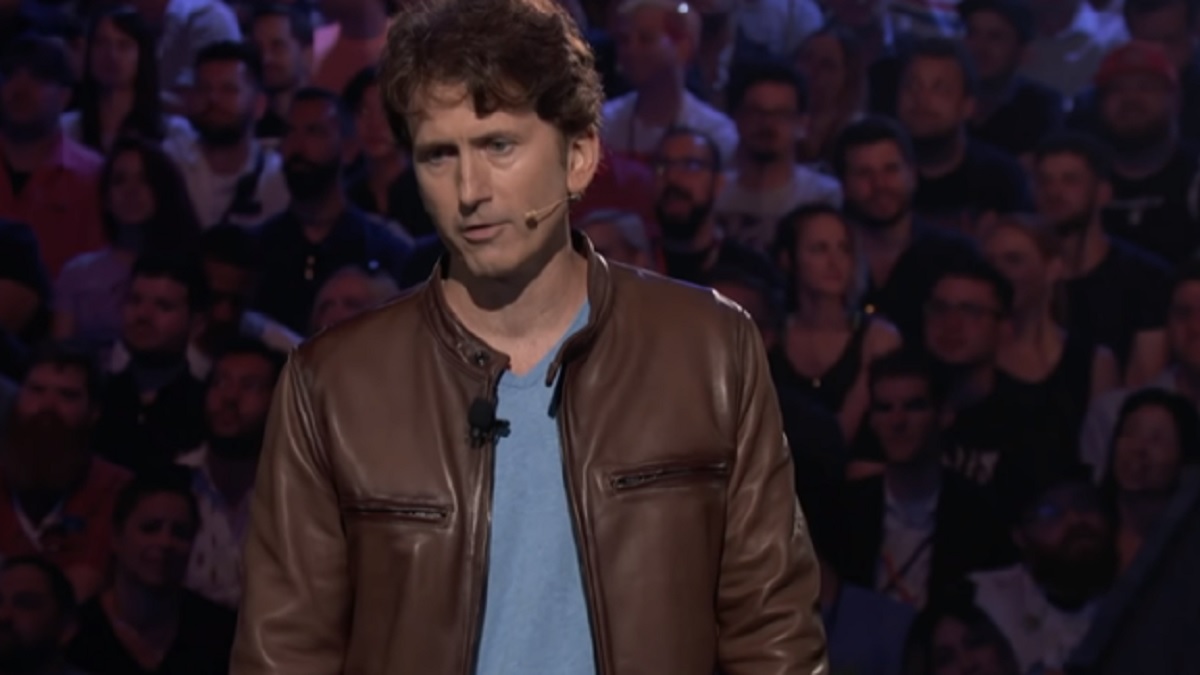 Fallout 76 was first announced at Bethesda’s 2018 E3 conference. Given that it had been three years since the last Fallout, fans were anticipating a new game for the fall of 2018. Well, at least at the reveal, they weren’t let down. Bethesda’s director and executive producer Todd Howard announced a prequel to the entire series, Fallout 76.

Even before we had seen any gameplay, the promises started. Todd Howard told the audience Fallout 76 was Bethesda’s biggest Fallout yet. He went on to describe an amazing new world. It would be four times the size of Fallout 4 and support new visuals developed with ground-breaking technology. Mr. Howard even had the audacity to claim Fallout 76 supported sixteen times the detail of previous games.

Then followed perhaps the funniest, or saddest, sentence of the entire presentation. “One of the great things about having a fully dynamic game engine is all of this just works.” Todd Howard told us the new game engine was to thank for how well Fallout 76 functions. In retrospect, he basically called out his engine development team for doing a bad job. Ironic considering I’d bet it was his set deadline that screwed them over.

Turns Out It Didn’t Work in Fallout 76 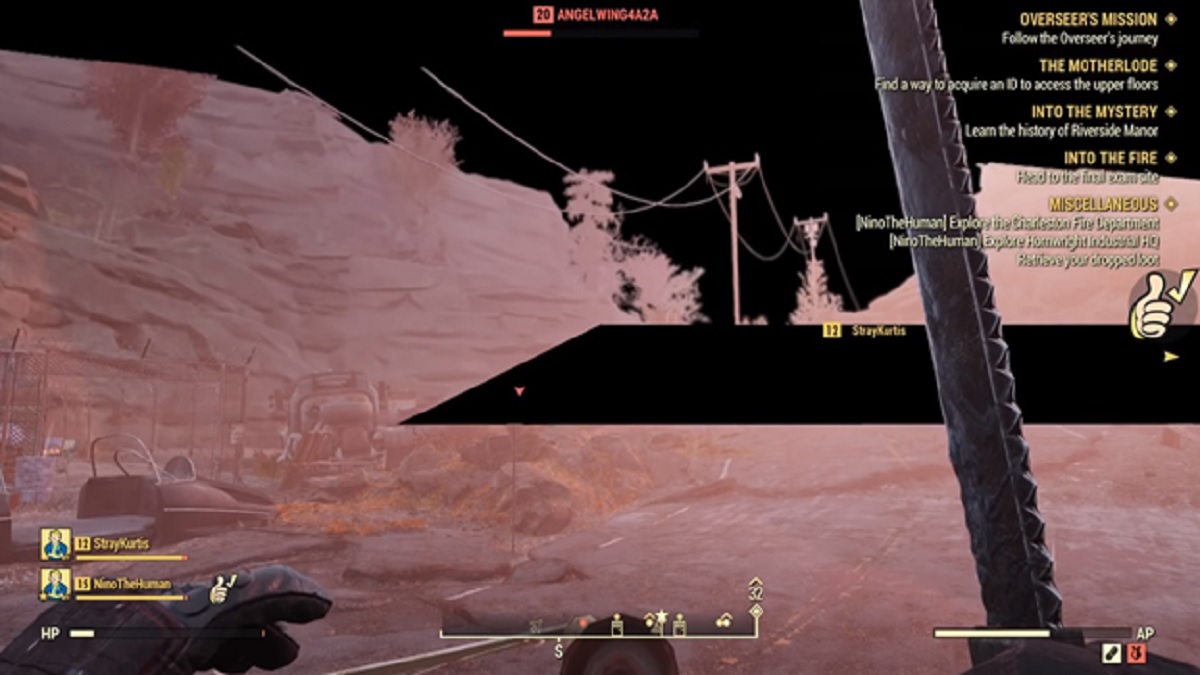 Later that year on November 14th, Fallout 76 officially launched. There were some early concerns pre-release regarding texture quality but nothing too major. As far as fans were concerned, this was going to be the online co-op Bethesda game we’ve all dreamt of for years.

On day one Fallout 76 needed an impressive 48 GB patch to presumably fix an even more broken version of the game. After the update, it didn’t take long for players to figure out what the main problem was. From the outside, it seemed as though Bethesda had forgotten to bug test the game at all.

Players experienced visual bugs that removed entire segments of that massive world Todd Howard previously boasted. It’s hardly four times the size when half of it doesn’t spawn in. The visual bugs were one thing, the server issues were another. Players were constantly being disconnected by the stupidest of things. For example, having multiple nukes launched at once would close the entire server. Just a friendly reminder that the nuke system was the key selling point of this entire game.

The worst bugs of all went as far as to affect the platform they were being played on. PlayStation players suffered error CE-34878-0 which forced them to reinstall the game. Yes, that includes the 48gb day one patch too. Meanwhile, some PC players had their systems crash when leaving Vault 76. Bethesda’s advice? Make sure your computer meets the system requirements. That was all they had to say. 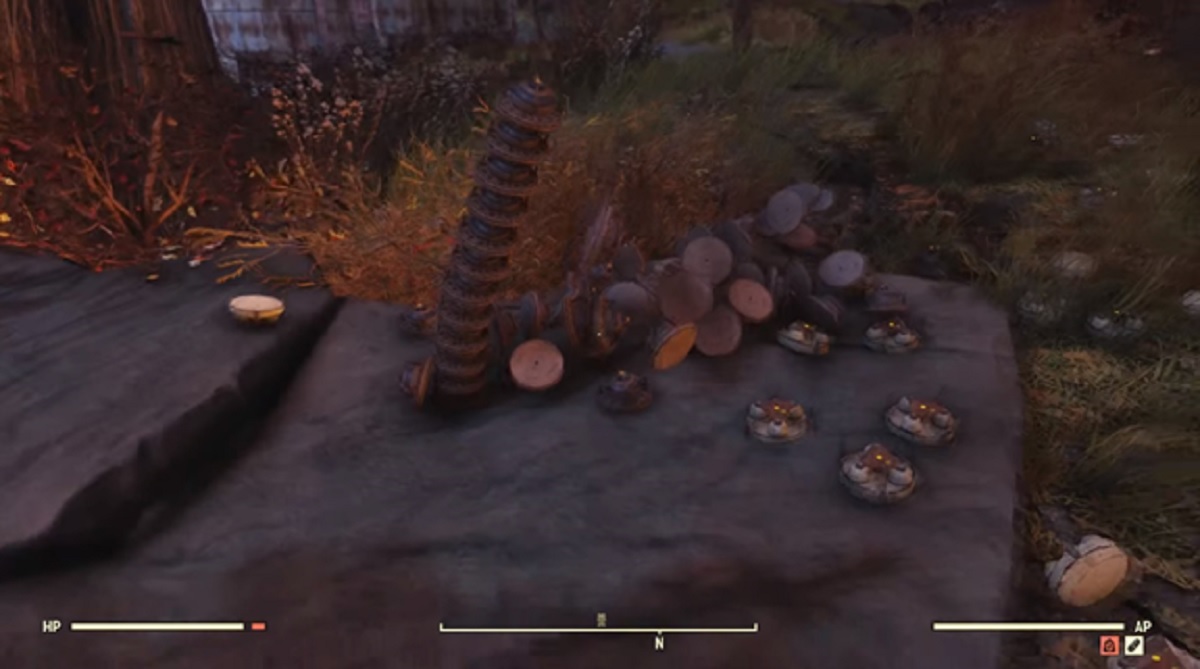 Actually no, I’m not talking about any dodgy Bethesda business practices, for once. I mean sure, their censorship of criticism shortly after the release wasn’t exactly angelic but it happens… I guess. Instead, I’m talking about how this broken game had a few exploitable glitches that vaporised Fallout 76’s progression system.

Some of the funnier bugs included infinite inventory, sonic running speed, and various wall clipping. Some of the more serious issues included an invulnerable player, infinite cash and an unlimited supply of EXP. Of course, Bethesda would not tolerate such unfair play. They handed out various bans to the worse offenders or at least who they guessed were the worst offenders. Bethesda didn’t actually know who to ban so they just gave it a good go.

Fortunately for them, these wrongdoers were given a get out of jail free card by the ever-selfless Bethesda. All they had to do was provide an essay on why “the use of third-party cheat software is detrimental to an online game community.” This approach isn’t too different from what primary schools make naughty kids do. Still, it could be worse.

Cheaters could have gotten access to the developer room and looted thousands of the rarest items in the game. They could have sold all these goods on a black market for real money. Dare I suggest maybe they would even go on to destroy the game’s economy through mass inflation. It’s a good thing that totally didn’t actually happen. That would be ridiculous for the developers of a AAA game to not have considered this obvious outcome. 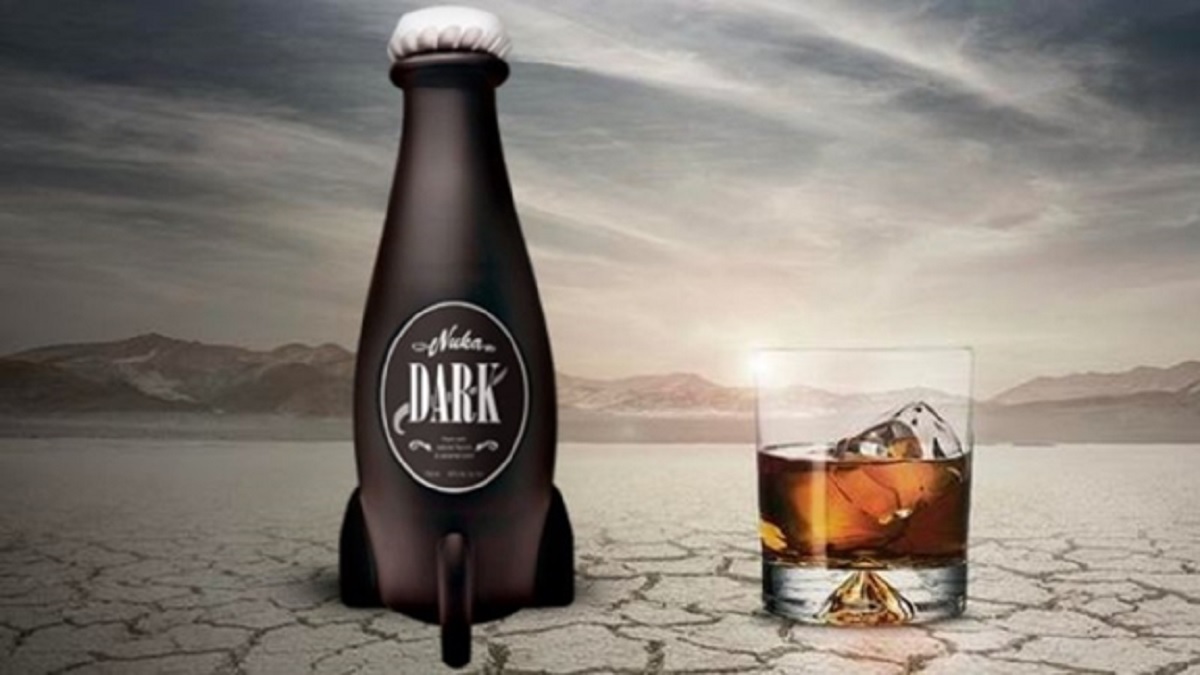 The Silver Screen Bottling Company was made responsible for creating one of Fallout 76’s pre-order bonuses. The bottle itself cost $80 and was expected to be a premium collectible for dedicated fans. However, the final product wasn’t even made of glass. Instead, the outer case was a cheap plastic overlay for a generic bottle of rum.

So it’s not going to make for a good shelf piece. What about the rum itself? Certainly, I’m no alcohol critic but the more qualified YouTuber Nick Drinks had some strong thoughts on its shortcomings. His highest praise of the rum stated: “it’s not quite medicinal but it has a cardboardy type fake flavoring.” More worryingly, after his first taste, all he could bring himself to say was “that’s terrible.“

The general consensus is that the Nuka Dark Rum was just a cheaply made plastic case containing even worse quality rum. Bethesda’s $80 retail price was seemingly just based on their delusion of Fallout’s brand value. They even pulled a similar act with the Fallout 76 duffel bag too. Players were promised a nice canvas bag but instead got sent cheap nylon bags. To be fair, Bethesda did later fix this problem. It took them seven months but it’s better than just accepting the outcome as they did with the Nuka Dark Rum.

Fallout’s 1st To Grab Your Money 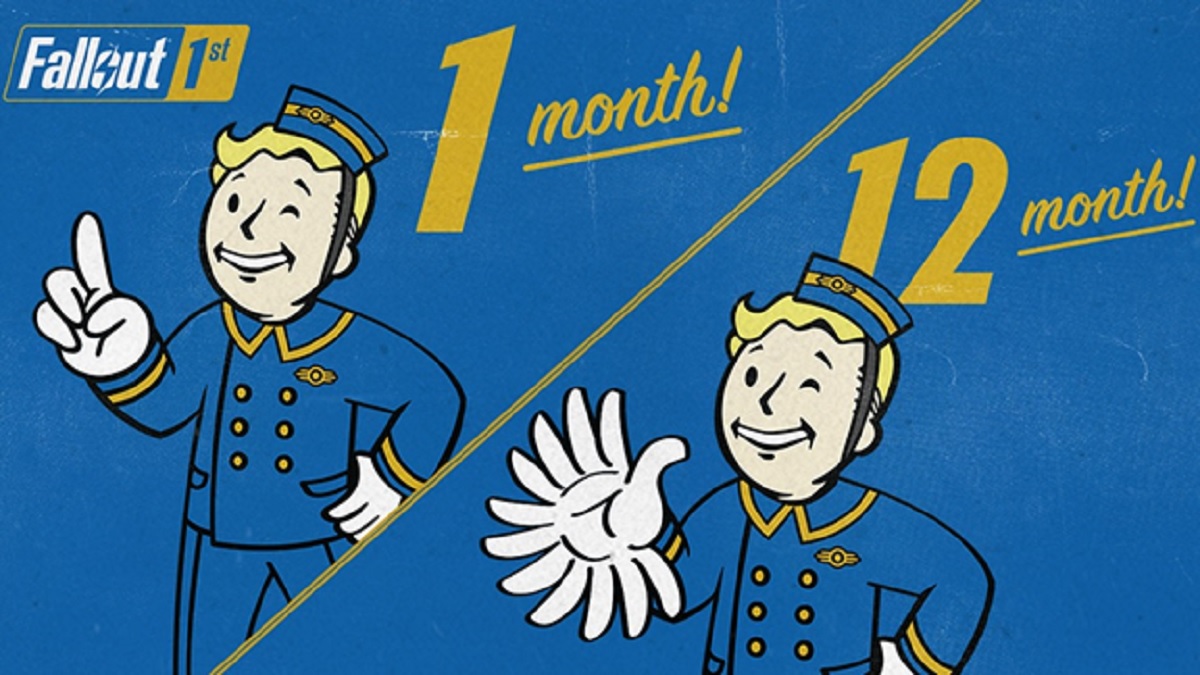 Given everything you’ve read so far, it’s fair to say Fallout 76 is a failure of a video game. However, there’s always an opportunity for redemption in gaming. All it takes is a passionate, legitimately apologetic team who wants to prove a point to their fans. However, even more so than that, it takes a publisher who gives a damn about what people think. Fallout 76 doesn’t have such a publisher.

Even after all of these issues Bethesda are still trying to find ways to milk this tragedy of an RPG. Instead of providing in-demand features to eager players, only those who pay into Fallout 1st get access to these updates. What is Fallout 1st? A new paid service for $11.99 a month designed to exploit the most dedicated 1% of 76’s player base.

For $12 a month you get private worlds, unlimited storage, and monthly atom supplies. Unbelievably, that’s pretty much it. No new content and no meaningful goals or accomplishments. You’re paying $12 a month to get a slightly more functional version of a cripplingly broken game.

Refunds In the Land Down Under 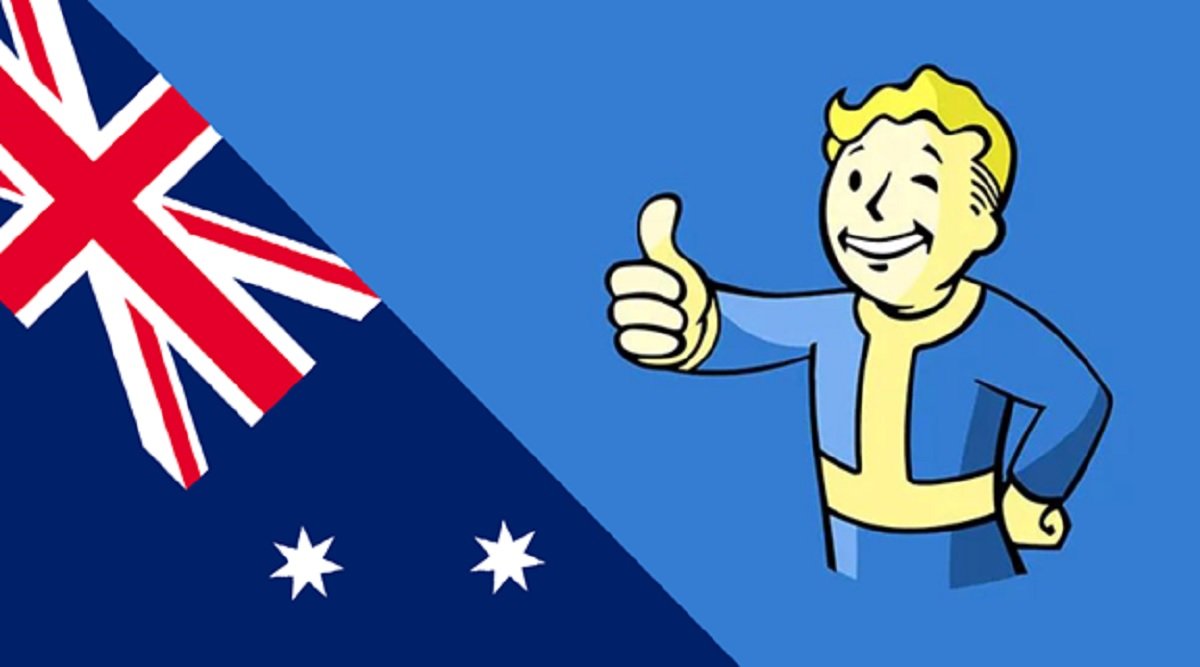 The final update we have on Fallout 76 came from The Australian Competition and Consumer Commission. This commission is responsible for the protection of consumers from company exploitation. They have determined that Bethesda and their parent company, ZeniMax, owe Australian consumers a refund for misleading them.

Whilst they were originally uncooperative, ZeniMax has admitted it was “likely to have misled,” some consumers. Not over the quality of the product, mind you. Instead, they admitted their move to refuse refunds for many customers wasn’t actually legal. So if you’re Australian and brought Fallout 76, you might be due a refund.

The Future of Fallout 76 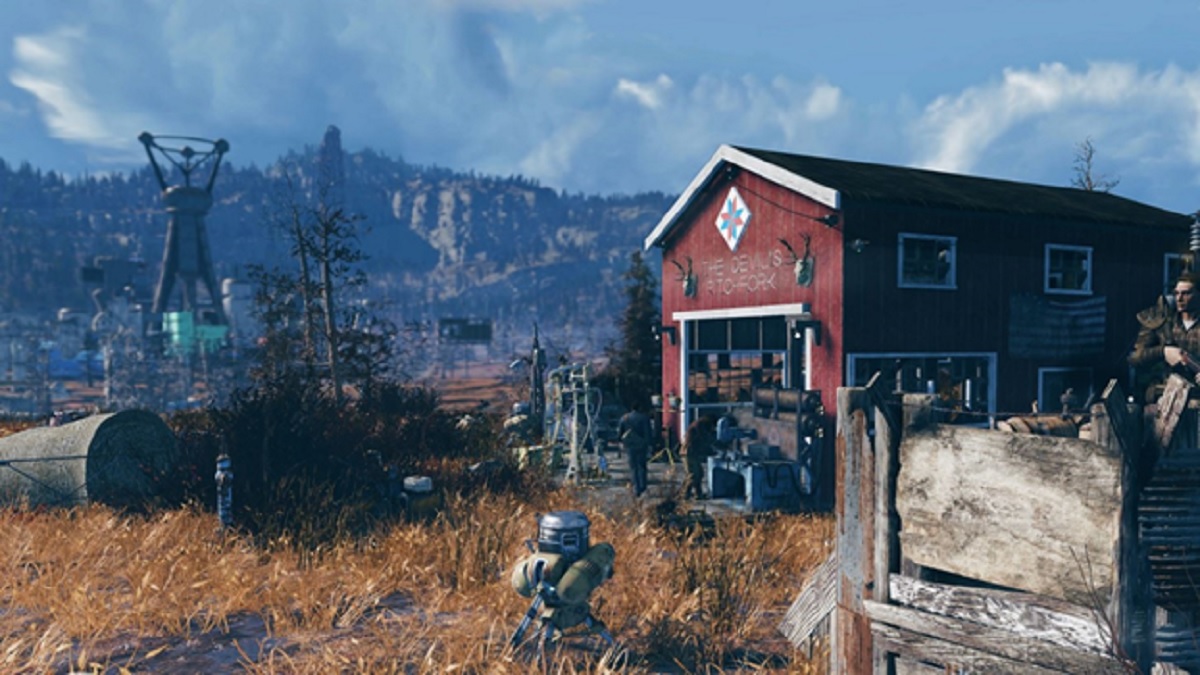 This has been a disaster since day one. Bethesda has managed to lie and break their promises so much that Fallout 76 is now a dead game. Just to artificially inflate sales figures they had to put it on sales as high as 50% in just its first few months. You can pick Fallout 76 on PC up for as little as $15. That is shocking for a AAA game released just over a year ago.

As far as I’m concerned, Fallout 76 doesn’t have a future. Bethesda is reluctantly supporting it right now because they have to. Their development cycle plan probably already had work put into it. I reckon once it runs its course you can expect to see a sudden lack of development. In fact, I’ll put a date on it. In the next 18 months, Bethesda will abandon Fallout and focus on getting the likely superior Elder Scrolls VI out instead. And thus, the sad tale that is Fallout 76 will come to its end. When everything is said, perhaps that’s for the best.

Follow us and get the latest news delivered to your timeline!
Fallout 76
Previous ArticleOverwatch Season 18: The Heroes You Should Be PlayingNext ArticlePokemon Sword & Shield: The Big Leak Broken Down