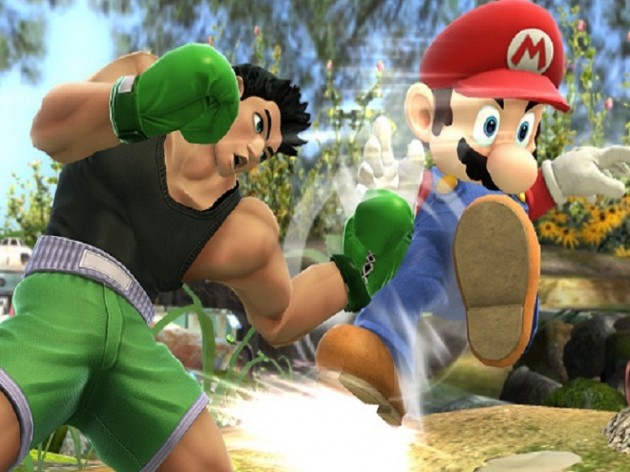 Ah, Little Mac. The star of NES classic Punch Out!! is one of those second- or third-tier Nintendo characters many have wanted to see in Smash Bros for some time. He made his debut in the latest 3DS/Wii U installment, but could anyone have predicted the hot mess the character would turn out to be?

For the uninitiated, Punch Out!! hit the NES in 1987. It’s a toontastic arcade boxing sim, in which you rise through the ranks of the circuit as a scrawny young greenhorn boxer. Little Mac was no powerhouse here, and victory depended on strict timing and careful positioning of attacks in opponents’ weak spots. But then Smash Bros Mac happened.

On the one hand, his design and general moveset is very much as you’d expect. He fights only with his fists, of course, using attacks which could have been pulled direct from the games. But the character’s other mechanics caused a wave of Mac hate and cries of OP when the game was first released. Let’s take a look.

First up, as I say, brute force would quickly get you flattened in Punch Out!!. Counters and suchlike were vital to success, and the only real way to damage opponents at all in some cases. But in Smash Bros, he can overpower and overwhelm you effortlessly. The combination of great speed and power is very much taboo in fighting games, after all. Generally, you’ll encounter a hulking, shrugs-off-bullets-like-the-Terminator type (Soul Caibur`’s Astaroth), or a scrawny, agile opponent like Taki. There are those average in both, sure, but excelling in both? That’s Mac.

He’s among the fastest-moving fighters, and boasts some similarly quick attacks (that killer jab being particularly notable among them). As with everybody else, his smashes are the deadliest moves in his repertoire, but the puny pugilist’s have unique qualities. By which I mean, powering through everything else with super armor. That is not the traditional Little Mac way, and it makes him a scary prospect to face for unfamiliar players. 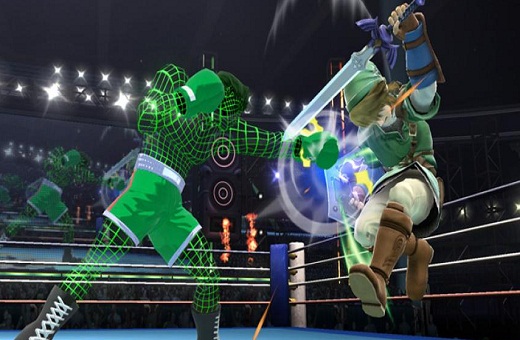 Then there’s the formidable KO Punch, a mechanic exclusive to him. Taking and dealing hits fills a meter, and allows you to unleash the punch when it’s full. It’s very predictable, but is almost a guaranteed kill when landed. It’s a neat little nod to the original game, but here it also seems like overkill, a little unnecessary, and rewards the player for performing badly (sustaining damage charges the punch more effectively).

All of this led to Mac being seen as cheap, an ‘easy wins’ button, on the game’s release. But familiarity with him is key.

Much of this attitude comes from play in For Glory mode. Here, stage hazards and platforms are removed, rendering each level a pseudo Final Destination. This is the perfect environment for Little Mac to thrive in, letting him exert his dominance of the ground unhindered. Anywhere else, he struggles, due to his pitiful aerial game.

Generally, this guy’s aerial attacks are of slim to zero use. You’ll want your feet on the ground at all times as the Punch-Out!! star, because he just can’t take anyone on with his weak and short-ranged aerials. This translates also to his recovery, which is notoriously bad and leaves him ripe for a gimping if the player isn’t wary.

There’s no doubt that Little Mac is a Smash Bros powerhouse, and particularly so in For Glory. He earned himself a reputation almost instantly as a noob killer, and he retains it. Nevertheless, the key is understanding and knowing how to manage him. In a tournament setting, you’ll find proceedings less than Mac-tastic, which probably tells you all you need to know about whether the character is truly broken or not.

Follow us and get the latest news delivered to your timeline!
NintendoSmash BrosWii U
Previous ArticleNintendo and Universal Partner for Theme Park AttractionsNext ArticleSplatoon Global Testfire Impressions