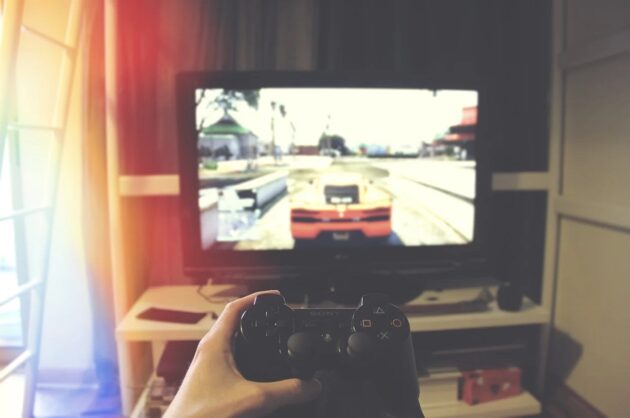 The gaming industry has been on the boom since the last decade. The amazing new games, gadgets, consoles and easily available games have increased the popularity immensely. Every other kid or an adult owns the gaming box and are mostly found glued to the screens. It is a sort of addiction that does not seem to end anytime soon.

One thing that no one considers is the hygiene and cleanliness of these devices even though they are being touched now and then. Everyone touches them and eats with one hand on it and one on food, yet no one bothers cleaning it. Like every other item in the house, this needs cleaning as well.

According to research from the Betway Insider, numerous amounts of bacteria accumulate over these devices. The Betway Casino has been at the forefront of casino gaming online. They offer numerous state-of-the-art games to the classic table games along with a Live Casino and pay special attention to the cleanliness of the boards, games, keyboards and other items.  From personal hygiene to food waste, there is a lot that can gather on those devices.

Types of bacteria on your devices

The normal gaming console is considered to be three times dirtier than the toilet seat. From different moulds to human skin, there is a lot of stuff on it. Some of the major bacteria on the consoles are:

They are mostly found in the soil, human skin decaying matter, vegetables, dust and water. They can contaminate your food and affect you badly if contacted.

They form a microbial flora on the human skin and animals and can cause skin infections such as abscesses, pyoderma and mastitis.

This is more like a fungus that is present at home in the damp areas or on the decaying food. It is not harmful unless it is inhaled.

The Playstation is also the least clean despite being the top-selling gaming console. On analysis of the samples of Playstation, every swab has 72.5 bacteria forming colony units which are 2.4 times what could be found on the toilet seat. The most infected area are the buttons that are being touched by everyone and the colony-forming units over the buttons have come out to be ranging from 190 to 650 units.

Although it is less discussed as a gaming console these days, it has the highest number of bacteria and the worst stats so far. The keyboard reveals 165 colony-forming units per swab which are 4 times that of the toilet seat yet the mouse is the one with the highest number of bacteria so far. Considering the mouse, the number of colony-forming units are around 247.5 which is just slightly less than on a kitchen surface but gets less cleaning than the kitchen. Also, the button on the PC is the dirtiest place as well.

Xbox is considered to be one of the cleanest gaming platforms since the colony-forming units were found to be 62.5 per swab which is still double than the toilet seat. However, the triggers had quite less number of around 15 only. The controllers are found to have 82.5 units of bacteria.

The famous Nintendo Switch is currently the cleanest and safest gaming version with colon-forming bacteria units being 55 per swab. It is still somewhat more than the toilet seat but overall, it is the lowest of all the platforms under observation. The controllers have the same number everywhere while the buttons were still on the higher side which is 62.5

Even the companies which claim to have made the most hygiene prone devices fail to comply with their claims. If we talk about Xbox, the only less dirty part is the trigger while all the other parts of it are even dirtier than the toilet seat. The aim of all gamers should be to clean their gaming consoles at least once a week to keep themselves safe from bacteria.

Here, how you should be cleaning your console. It is very simple and won’t take much of your time to clean the devices.

Follow us and get the latest news delivered to your timeline!
Gaming consoles
Previous ArticleCapcom Arcade Stadium releasing on consoles and PC this MayNext ArticleGina Gershon will play Mad Moxxi in the upcoming Borderlands movie