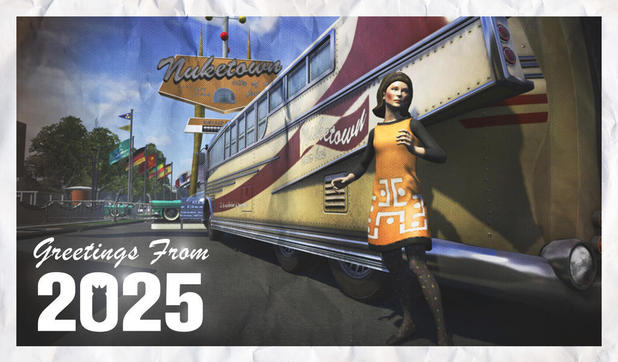 Call of Duty: Black Ops 2’s multiplayer modes have further built upon the foundation that has been set in previous games and tried to add new innovations as well. There is one problem though (well actually, several), there is not a single memorable multiplayer map. On the flip side, there are not any maps that I veto every time that they come up either, but I almost wish that there were.

With the maps of Black Ops 2 it feels like Treyarch has been too conservative. None of the maps are terrible, but there isn’t a single classic map among the group. No Crash, Backlot, or Afghan. Nuketown is back . . . sort of. There is Nuketown 2025, but it is limited to one play list and it doesn’t come up nearly as often as it should. When Black Ops 2 first launched, this same playlist was dedicated to all things Nuketown and it was great. They’ve changed things for the worse.

All of the maps feel a bit too similar to each other. All of them look fairly generic and are similar in size. There aren’t any really small or hugely enormous maps; everything fits into a similar range and that is disappointing.

Treyarch was dealing with a world in which America was under attack and there should have been some really cool and interesting looking maps. Unfortunately, like THQ’s Homefront, there simply were not any compelling maps that took place on U.S. soil. Aftermath, which takes place in a ruined L.A., looks really bland – the color pallet is incredibly dull.

Hijacked is a small map that takes place on a yacht with two raised areas that give players a good enough line of sight to contribute, but enough clutter in the way to keep campers from soaring up the scoreboard. On paper the layout sounds reminiscent of Nuketown, but somehow it feels worse and not nearly as fun.

Turbine is another map that at first glance feels like an older CoD map (Afghan to be specific), but plays nothing at all like it. Both Turbine and Afghan take place in a rocky, desert valley, have very circular flows, and feature a crashed plane in the middle. Unfortunately, like Hijacked, Turbine takes a step backward instead of a step forward from its spiritual predecessor. There is simply too much clutter everywhere.

There is hope though, but only some. There will be four DLC map packs, but there haven’t really been any classic, memorable CoD maps that arrived as DLC. Maybe Treyarch will realize that its multiplayer team should actually bring its creativity to work instead of leaving it at home.

Follow us and get the latest news delivered to your timeline!
Previous ArticleCall of Duty: Black Ops 2 Multiplayer ImpressionsNext ArticleThe Lonely Mac Gamer