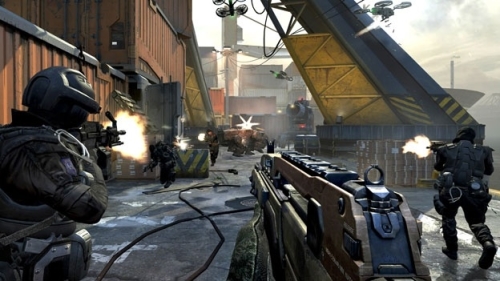 Treyarch has hoped to bring significant changes to Call of Duty multiplayer by overhauling the create-a-class system, while still ensuring that Black Ops 2 feels like a CoD game. Have they succeeded? Sort of.

With Black Ops 2, CoD’s graphics are as good as they’ve ever been, but they still leave you feeling like they could and should be better. While there have changes have been made to the engine, the engine itself is still the same one that has been used for years.

As usual, the sounds of CoD are solid. Voice acting is good, guns sound satisfying, and the lobby music gets you rightfully pumped for combat. More importantly, the controls are as tight as ever. It’s simply the classic CoD control system, but somehow it feels better.

This is where there is more to be desired. Not a single map is awful-there aren’t any that I vote against every time they popup, but there isn’t a single map that I consider to be an instant classic. When thinking about great CoD maps I tend to think about Crash, Backlot, Afgan, Crossfire, Rust, not Black Ops 2’s Drone or Hijacked. Each map looks quite different and there is a nice variety in terms of maps of different sizes, but I find myself spending most of my multiplayer time playing the Nuketown 2025 playlist.

I had high hopes for the integration of the pick 10 system and the reality fell short of my expectations. In Black Ops 2, unlike in previous games, when creating a class you have 10 slots. A primary weapon takes up a slot, a perk, attachment, etc.There are also “wildcards” that take up a slot, but allow you to do something that you couldn’t otherwise do, like take a primary in place of a secondary. Don’t want a secondary? You don’t need one. Want two lethal grenades? There’s a wildcard for that. 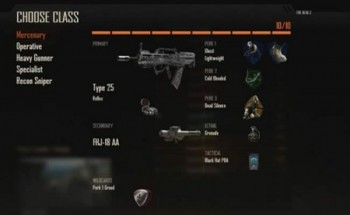 This system does allow for more diversity among the types of classes that gamers can create, but it isn’t perfect. Sometimes 10 just doesn’t feel like enough-it feels like you somehow have less equipment than you should be allowed to have. Going along with this, perks have been altered so that they only affect your character and not your weapons. This sounds like it makes sense, but sometimes it doesn’t.

In the past Sleight of Hand made players have faster reloads, now a weapon attachment does that. Personally, I think it would make sense to have a perk that makes your character faster at reloading weapons or have the ability to aim faster. I don’t think that it makes sense to have to attach a fast mag or adjustable stock to do this same thing. Maybe I’m alone in this, but some how, I don’t think so. 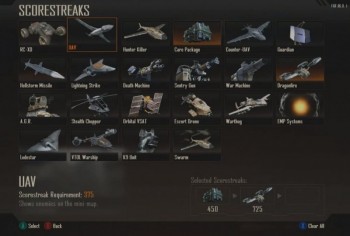 Kills are still hugely important, but now assists, capturing flags, defending points, and almost everything help you get your streaks. Classics like the UAV and Sentry Gun remain as well as new streaks like the Hunter Killer Drone and Hellfire Missile. The bane of my existence, the RC-XD has made a comeback as well.  This system is similar to point streaks from Modern Warfare 3, but there is only one kind of them instead of the three options presented to you in MW3. Overall, the system works well, but like most things in Black Ops 2 there is room for refinement.

If you loved CoD multiplayer in the past, you’ll still love it in Black Ops 2. If you’ve hated Call of Duty in the past, you’ll still hate it. The emphasis on player choice with the pick 10 system is negated by its short comings and the fact that you have to unlock just about everything. Treyarch has ditched their monetary system that they established in the original Black Ops and like in every CoD game, the rich get richer.

Inexperienced and unskilled players are the ones that need the most help and the best equipment, but they are the ones that rarely get to use it. Should you happen to be a highly-skilled, no-scoping machine, I don’t think that you need a special sight that highlights enemy targets or one that enables you to see and fire through walls.

Black Ops 2 showed promise and looked to bring the most significant changes to the franchise since CoD 4: Modern Warfare and while that may in fact be true, these changes are nothing ground-breaking. True to form the CoD formula is the same, the fans are the same, the haters are the same, and Activision is continuing to make a whole lot of money.pecial sight that detects enemy targets or one that allows you to see and shoot through walls.

Follow us and get the latest news delivered to your timeline!
Previous ArticleWhat Does The 360 Have Left?Next ArticleThe Problem With The Maps of Black Ops 2