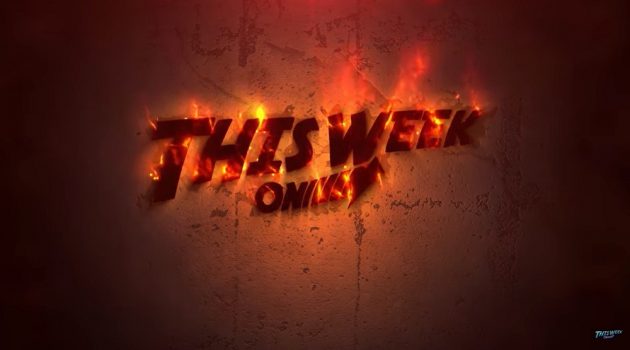 Dear vGamerz.com fans, we found a series of Youtube gaming clips that you may want to watch. This series is called “This Week On”! With all of us working from home, who doesn’t love passing the time by watching awesome gaming clips? Whether it makes you laugh-out-loud or face-palm, there’s nothing better than a great epic or funny clip.

Thankfully the YouTube series “This Week On” has done the hard work for us, and scoured the internet for some of the best epic, funny, and fail moments. This week’s theme is all about Disrespect. Will the hammer of gaming justice come down swift and heavy?

To start off, our first clip is in Apex Legends. In that moment you’ve been shot down, the last thing you’d want to shake hands with a live explosive. Rather than finish his downed opponent the conventional way, our clip player throws a grenade into the air like he’s trying to land shoes on a 1980’s Brooklyn power line. Instead of hanging those Jordans for the whole hood to see, our amateur bombardier lands some ordinance directly on his opponent’s head. Grenade 1, head 0!

Our second clip is in Fortnight. We’re all familiar with rocket rides, but these guys take it to a whole new level with a DOUBLE rocket ride, using a bottle rocket to an RPG. While sailing away on a solo journey into space, our virtual vixen grabs the “Victory Royale” with an amazing sniper kill on the remaining enemy. Taking a sniper shot to the noggin is generally painful enough, but to be killed from a moving rocket? Too good. So unnecessary, yet so satisfying!

Our third clip is also in Fortnight. Our pumpkin-headed protagonist, aware of another player in a nearby shed, drops down a spike trap to remove the player-pest hiding within. In his immense confidence and with incredible timing, he dabs at the precise moment of the other player’s death. In that moment, our pumpkin-player gleefully rushes into the shed to look through his newfound weapons cache, when BOOM — he’s killed by a trap waiting for him on the ceiling. Fortnight? More like Foresight!

Check out the Youtube gaming clips and let’s hear your thoughts.