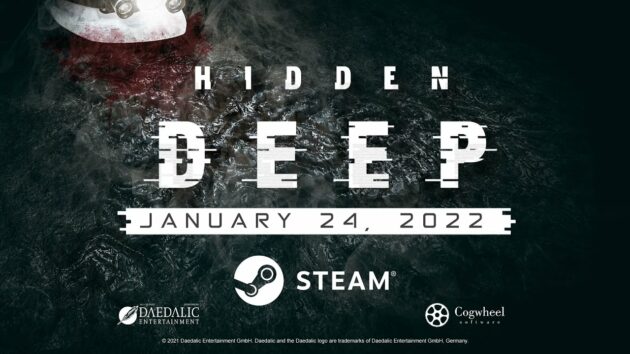 Hidden Deep, a 2D Action and Exploration Sci-Fi thriller video game that is announced to be initially released on Jan 24, 2022. It is also said that this game is an atmospheric sci-fi action game. This game is inspired by Aliens, The Thing, and Half-life. The main ambiance of this game is a huge sub-oceanic mining and research facility. There are dangerous missions you will find in Hidden Deep during which players can explore, climb, swim, scan, blast, and shoot their way.

The game plays is similar to other co-op and single-player like Carrion, Among Us, Plasmophopia, MO: Astray, and Tallowmere. During the gameplay, you will be taken to the deep underground where you will be exposed to the real danger. The real take during the game is to discover either find hidden gems or aim to bury you below the surface of the earth?

What developers say about the Hidden Deep

“Since I am a single developer, Early Access will help me get in touch with my audience and community during the development process already, which will help me tremendously to deliver the horror experience I aim for with Hidden Deep.”

What is the difference between Early Access and Full version planned?

“I want to implement some features that would thrive and profit from Early Access feedback, namely more multiplayer options, leaderboards, and a level editor. The core features of Hidden Deep are already in place, but also for the single-player campaign I plan on delivering ongoing story development and further content.”

Will the price vary between Early Access versions and after?

“Possibly. I’d evaluate the pricing regularly as the game gains features, expands in scope, and moves to beta and the final release.”

Most of the influencer in-game reviews declare that the best experience about Hidden Deep is survival horror combat. The co-op format of the game is so interesting. And the best thing about the game, it promises to have a compelling story.

The bad about Hidden Deep is its art style which is not so impressive. Further, they thought if there have had a multi-player environment the game could be more interesting. To have your own experience about the game you should wait as the game has been announced to be released on Jan 24, 2022. Experience the game and leave your own reviews about your experience of the game. You can download Hidden Deep (PC) Here.

Follow us and get the latest news delivered to your timeline!
hidden Deep Releaseupcoming games 2022
Previous ArticleThe 25 best 2017 games always lovedNext ArticleWhat is the release date of Pokémon Legends: Arceus?