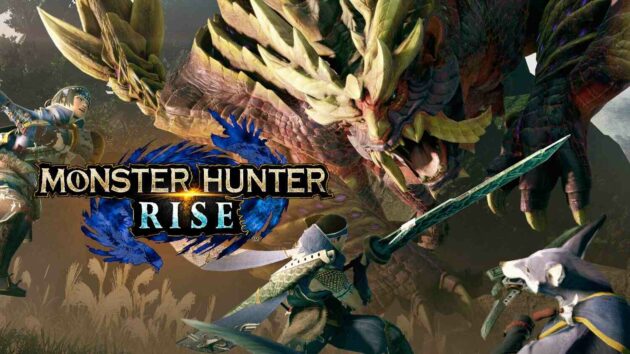 A Palamute, which may be used to ride into battle or across the map, is one of the new additions. The game mainly got good reviews at its first release, and more than 7.5 million copies have been sold worldwide.

The Hunter is the role of a player tasked with slaughtering or capturing the monsters by damaging and weakening them using a range of tools and weapons. Swords, firearms, staves, shields, and bows are among the 14 weapon types available in Rise, as they were in previous games.

With the help of Wirebug, the player can grip and swing to higher locations or over gaps. The Wirebug interacts differently with all weapon types, adding to the combinations available to that weapon. The Hunter can saddle and control the monster because of Wyvern Riding. It is done in order to either lead it towards more combat-friendly locations or fight a different monster.

Palamutes are new dog-like companion creatures in Rise. The player can ride them to navigate the map without losing stamina quickly. Palamutes join the player’s other companion option, the cat-like Palicoes, who return from previous games. Rise features both single-player and local and online multiplayer modes.

Palamutes are a new companion creature in Monster Hunter Rise that resembles a dog. They can be used to fast-travel the map without decreasing the player’s stamina. Palamutes join the cat-like Palicoes from previous games as the other companion choice of player. The Rise has single-player, local multiplayer, and internet multiplayer modes.

In Rise’s new Rampage mode, players must defend a base village against the attacking monsters. The players can instruct non-player characters and set up siege weapons to attack the monsters while attacking them directly before and during the attack.

Monster Hunter Rise was announced for a worldwide release on March 26, 2021, at a Nintendo Direct Mini: Partner Showcase, aired on September 17, 2020. A month-long demo was launched on January 7, 2021, with four missions and all fourteen weapons accessible and single-player and online multiplayer support. And for PC versions of Monster Hunter Rise will be released on January 12, 2022. The Rise came with three Amiibo figures, including a Palico, Palamute, and Magnamalo, the game’s main monster.

A limited-edition Nintendo Switch bundle featuring Rise artwork was released on the same day. The Rise has cross-promotional events with other Capcom brands, such as missions to acquire costumes and other stuff from the other series. The first crossover event occurred around the time Monster Hunter Stories 2 was released in June 2021.

Monster Hunter Rise generally received excellent reviews, with critics appreciating the game’s addition of new tools like the Wirebugs and extension of Monster Hunter: World’s gameplay. At The Game Awards 2021, the game was nominated for Best Role-Playing Game and Best Multiplayer Game. In its first week of release, it was the bestselling retail game of the week in Japan, selling over 1.3 million units.

Follow us and get the latest news delivered to your timeline!
Monster Hunter Rise release dateupcoming games 2022
Previous ArticleXbox acknowledges that Lionhead Studios shutdown was a mistakeNext ArticleGOD OF WAR PC version will be released on January 14, 2022