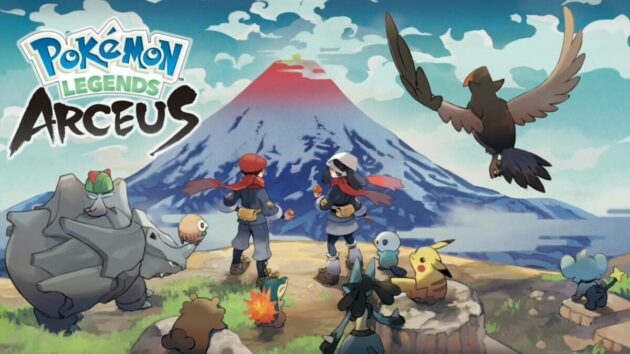 Pokémon Legends: Arceus will release on January 28, 2022, by Nintendo, The Pokémon Company, and Game Freek. This video game is an action and role-playing game that up to 2 players can play.

To finish the Sinnoh region’s first Pokédex, you will need to collect and survey wild Pokémon in Pokémon Legends: Arceus game. You also have to monitor Pokémon to understand their habits, sneak up on them, aim your Poke Ball, and release. And to catch another wild Pokémon, you can battle with them with your ally Pokémon. For this, you have to throw the Poke ball on wild Pokémon by holding your Pokémon. And then the battle will start; you can command your ally Pokémon for moves. You will be transported to Sinnoh, which serves as the location for the Pokémon Diamond and Pearl games.

However, the story of Pokémon Legends: Arceus game takes place in a bygone age when such concepts as having a Pokémon League or being a Pokémon Trainer existed. You will discover Pokémon living in the wild in harsh surroundings, creating a Sinnoh that is very different from the area you may remember from the Pokémon Diamond and Pokémon Pearl games. Poké Balls from the past appear to have been constructed differently from those we are familiar with. Because these balls are made of wood, whenever a Pokémon gets caught, steam puffs out from their tops.

As your partner, you can select Oshawott, Rowlet, or Cyndaquil on your adventure. These Pokémons are with Pokémon Professor who met them in different regions during their research.

Oshawott is from the Unova region, Rowlet is from the Alola region, and Cyndaquil is from the Johto region. Oshawott has a scalchop on its stomach that can be used to open hard Berries.

Rowlet stores energy through photosynthesis throughout the day and are active at night only. It glides silently towards its prey and bombards them with kicks.

Cyndaquil is fearful, and the flames on its back flare up more when it gets shocked. And the time of being attacked, it defends itself with flames.

And at the end, Arcues is the Pokémon that have shaped all the above three Pokémons in Pokémon Legends: Arceus and holds the key to this story.

Follow us and get the latest news delivered to your timeline!
Pokémon Legends: Arceus release dateupcoming games 2022
Previous ArticleWhat is the initial release date of Hidden Deep?Next ArticleThe Wolf Among Us 2 to be set six months after the original game