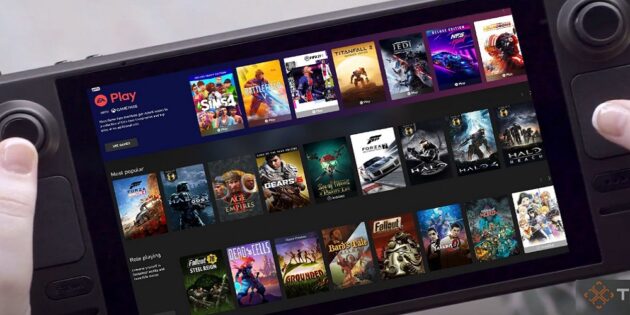 Video game publisher Valve has approved another 150 games for the Steam Deck. This is in addition to the original 160 that was announced a few weeks ago. These verified games are titles that will run on the Deck with no major issues. Some games not on the list will also run fine but should be judged on a case-by-case basis.

The Steam Deck is Valve’s upcoming handheld console. It is attempting to offer the customization of a PC with the convenience of a console. Launching on February 22, the Steam Deck can be pre-ordered at three different price points: $399 for the 64GB version, $529 for the 256GB version, and $649 for the 512GB version.

With over 300 titles verified it’s a given that some incredible games will work on the Steam Deck at launch. The official list varies greatly with everything from 2D indie games like Cuphead to AAA blockbuster racing games like Forza Horizon 5 being included.

Only time will tell if the Steam Deck justifies its price but critics seem impressed. Valve let various content creators get hands-on and most only had good things to say about it. Given how stale the handheld gaming market has become a worthy competitor is a welcome addition. 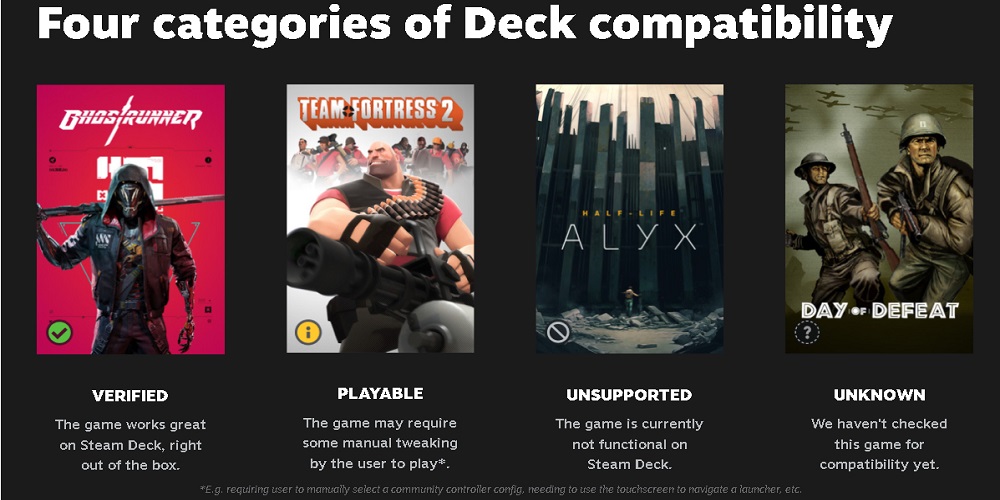 All of the games available on Steam can be purchased and booted on the Deck. However, only those that are ‘Verified’ are guaranteed to work out of the box. Any games that are listed as ‘Playable’ should run fine but may require tweaking to get just right.

There are also games listed as ‘Unsupported’ which will not function on the Steam Deck. They may open up but won’t run properly. The last category is ‘Unknown’ which refers to games that Valve itself hasn’t tested yet. These have a chance of running fine but may also be incompatible with the Steam Deck.

Follow us and get the latest news delivered to your timeline!
Steam DeckSteam Deck gamesvalve
Previous ArticleDisgaea 6 Complete is coming to PlayStation and PC this SummerNext ArticleEA denies blaming Halo Infinite’s launch for Battlefield 2042 failure