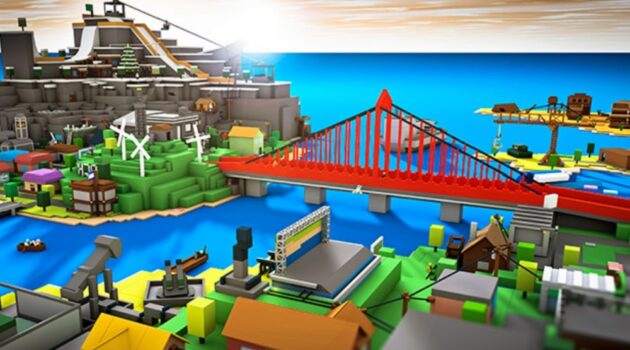 It’s not every day you hear about a games company suing a player but that is exactly what has happened. Developer Roblox Corporation has sued and won a court case against one of its players, Robert Simon. This follows the initial lawsuit that was seeking $1.6 million in damages against Simon.

Simon was charged with leading a “cybermob,” that had been harassing and threatening various members of staff. This includes developers and various event support staff. The US District Court of the Northern District of California has ordered Simon to pay $150,000 in damages for his actions.

Robert Simon has also been given a restraining order preventing him from getting within 100 feet of the Roblox Corporation’s offices. In addition, he has been banned from ever using or playing Roblox. Not just from the developers but also from the court itself. Although it’s not unheard of, a user ban at a legal level is relatively rare and highlights just how serious this case is.

It isn’t as though Simon is some random player either. He runs a YouTube account named Ruben Sim that has over 850,000 subscribers. He has produced various Roblox-related content primarily focusing on trolling other players. It’s up for debate how guilty he is but regardless the judge’s verdict is clear.

Regardless of the alleged behavior some of the claims in the initial lawsuit are questionable. For one the Roblox Corporation ordered that Ruben Sim hand over all the money he has ever made creating Roblox content. That includes both ad revenue made on YouTube and Patreon donations.

Equally, the lawsuit demanded that Simon’s social media presence be completely removed. This would effectively silence him and remove any chance of Simon fighting back. Even if Simon isn’t completely innocent, something is unsettling about a large corporation going to such extents against an individual. Especially as the Roblox Corporation itself has a long history of making questionable decisions.

Follow us and get the latest news delivered to your timeline!
Previous ArticleCall of Duty will remain on PlayStation after Microsoft acquisitionNext ArticleC14 dating game walkthrough | Key features, Players reviews