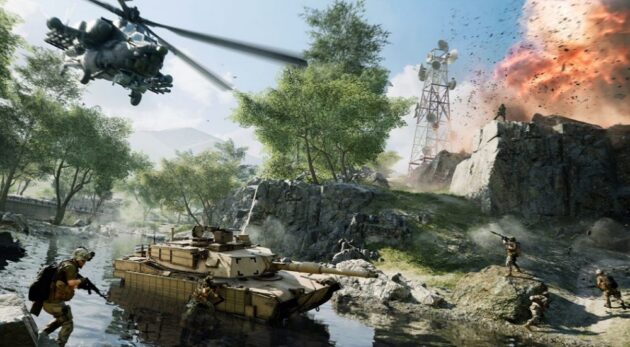 EA’s chief studios officer Laura Miele was quoted as claiming that 2042’s shortcoming was because Halo Infinite was launched in a “very polished,” state. More specifically, it was the surprise release of its multiplayer that was available several weeks before the game’s official launch. This claim has irritated many players who feel that EA is out of touch and in denial.

However, EA has now published a follow-up statement via PCGamer denying that this was what was said. According to communication vice president John Reseburg the stories published “are not accurately capturing the discussion and the context.” He goes on to claim that the conversations had been humbling and in-depth.

This account of the meeting shifts the focus away from Halo Infinite and towards the problems with Battlefield 2042. That includes its bugs, performance issues, and questionable design decisions that are partially attributed to COVID. Supposedly, the work-from-home situation did not help the first-person shooter’s development.

A long way back for Battlefield

Battlefield 2042 is in a bad state even after its various patches have fixed most major bugs. Many players have moved on and decided that it just isn’t a game worth investing time into. Given that it was supposed to be sold as a service with a long-life span this is not good news for Electronic Arts.

Regardless, it isn’t dead yet. With a major expansion coming in the Summer there may still be an opportunity to earn the fanbase’s trust again. But it won’t be easy and there is going to be a lot of skepticism on the way.