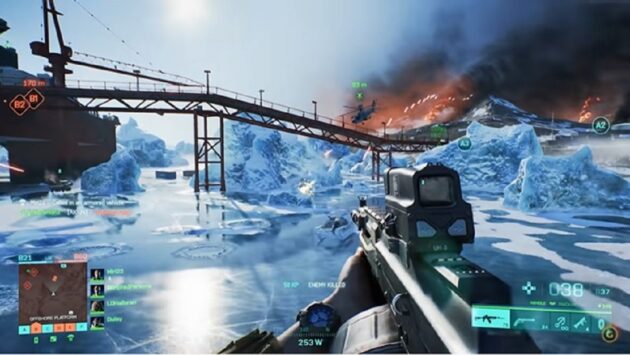 Few games have reached the popularity achieved by the Battlefield games. Since 2002, the Battlefield franchise has released games after games. The first-person shooter battle royale genre. It is a huge commercial success. The scenery in their genre has been changed forever. And after the last successful iteration Battlefield V, launch in 2018, the gaming community is eagerly awaiting the next installment. Battlefield 2042 going to change the gaming world forever.

Now before you go to the Aimclub site and search for the Battlefield cheats to help you in your gameplay, there are a couple of things you should know, like, for example, release date. Yes, the game is not available to the public, severe disappointment to its fan. One can pre-order this video game and enjoy the beta playthrough that is available right now.

On PC, Battlefield 2042 would be available on Origin, Steam, and Epic Games. For Xbox users, this game would be available on Xbox Series X/S as well as the older Xbox One series. Whereas PlayStation, PS5, and PS4 will also support it. Though one should keep in mind that to experience the fullest this game has to offer, like a 128 person battle, a gamer has to make use of the latest PlayStation and Xbox consoles as PS4 and Xbox One series does not support this.

Some of the big changes in Battlefield 2042

It is the biggest deviation from the earlier Battlefield games as Battlefield 2042 would support 128 players (2 teams of 64) in a match. But one should keep in mind that this feature is only available for those enjoying their gameplay on PC or on the latest Xbox and PlayStation consoles.

In the 128-player battle, maps are divided into sectors containing control points. A team has to capture every control point in a sector to occupy it.

Classes that have been a core point in the Battlefield games have been replaced with specialists who have their own unique gadgets and traits. Keep in mind here that these specialists can carry any weapon and equipment loadout, which would certainly help a lot of gamers.

Just as the case with specialists, Battlefield 2042 is introducing new gadgets like a health revive gun, a grappling hook, movement sensors, and many more.

The good news for Battlefield 2042 lovers is that they do not have to wait for the game to be launched on November 19th to enjoy the game as open beta play is already announced at the beginning of October. Early access for the beta for pre-orders and for EA play members would start at 12 am PT on October 6th, whereas the fully open beta would begin on October 8th at 12 am PT.

One of the biggest changes in Battlefield 2042 is that there is no battle royale, and the developers of the game have already stated there is no plan to launch one in the future, certainly not for this game.

Here at the three Battlefield 2042 modes that the developers have revealed, though one should keep in mind is that this number is certainly bound to go up with the official release.

This is your standard battlefield gaming category with options for one to either play Conquest or Breakthrough, depending on their mood.

It will be ‘high-risk mode’ according to the developers of this game. This is the only information available.

This is an all-new gaming mode introduced in Battlefield 2042, and here one can easily tweak the servers, set the rules of the combat, custom design the map, and make a whole lot of variations according to their wishes.

Are you a lover of this game? What is your opinion about it?