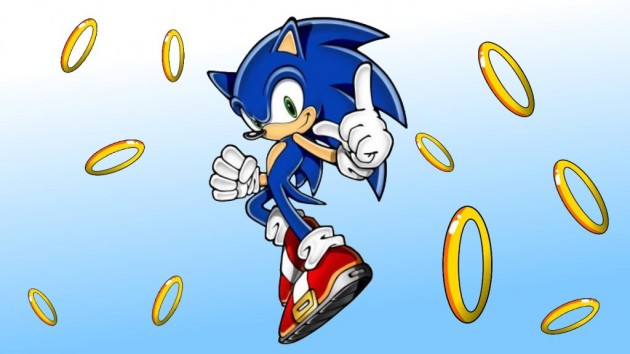 Sonic, the ultra fast blue hedgehog, Sega’s answer to Mario. Everyone knows who Sonic is, and back in his hayday, Sonic was considered a contender to Nintendo’s platforming throne. He was marketed as this “hip” and “cool” character, lightning fast, wearing sneakers and a wicked set of spines protruding from his head. His games managed to deliver, and for the most part, garnered some critical acclaim. However, as Mario revolutionized gaming as we know it with Mario 64… well… didn’t.

Sonic’s early foray into the 3rd dimension was disastrous. But why? The reason Sonic has not transcended, is purely because Sega does not have faith in their concept. It may sound strange, but Sega do not believe Sonic can support a game based on his merits alone, so they bog their games down with, despite my love of Sonic, crap. Once again bringing Mario into the mix, his 3d games are open, expansive, relatively plotless, and focus entirely on the gameplay. You always fight Bowser, you always save the Princess. Lets take Sonic: Unleashed as an example of how things were done wrong. Super fast, albeit restrictive, Sonic sections that are done decently bogged down by slow, tedious brawling, abysmal platforming and an awful plot that literally does everything to get in your way. The pattern continues with Sonic Boom, Segas latest attempt. Despite it being a buggy cesspit of awful, the actual gameplay has fast, on rail sections smothered by monotonous combat, hilariously bad plot and a dire open world full of nothing. I wont even get started on Sonic 06, or Sonic’s medieval adventures…we don’t speak of them…

Simply put, Sonic games are full of gimmicks. You have the core, on-rail sections and a bunch of gimmicks and things to distract you. Let us not forget Sonic’s cast of cuddly friends. All of which are generic, pointless, bland, and not Sonic. We buy a game to play as Sonic, not to listen to the constant babble from his paper thin mates, and heaven  forbid we actually play as them. The only thing worse than his allies are his enemies. Once upon a time there was Eggman, a fat red man with a tash (remind you of anyone?) now we have quite possibly the longest list of antagonists to ever walk the earth. All of them are forgettable, accompanied by a terrible story, and none of them ever reach the heights of Eggman.

I will admit, I am laying into the blue hedgehog pretty hard here, but it is not all doom and gloom. There ARE some good games. Sonic: Lost World was a massive step in the right direction. Essentially a Mario Galaxy clone with paint slapped over it, the game was great. Fun to play, controlled well, and was pretty to look at. Whilst it was still burdened with a plot, Sega looked liked they were heading in the right direction. it Generations was a great mix of new and old, and even lightened up on the oppressive plot. The problem is, every game that game post Lost World, or post Generations was nothing like its predecessor. Sega reinvent Sonic with every new game he stars in, removing what we liked, keeping what we don’t and releasing more and more crap with only a few diamonds. It is a sad day when you realize the best games  has starred in recently are apart of the Smash series…

Should it go away peacefully? Honestly, yes. it’s time has passed. Sega has no faith in the Hedgehog, and any good that has come from him is vastly overshadowed by the tosh surrounding it. Sonic, we all love you, so please, just stop. No more chilliedogs, no more anthropomorphic allies, no more lame stories. Just go to your grave with your head held high. You tried my friend, but ultimately, going fast is not really going to save you.

Follow us and get the latest news delivered to your timeline!
MarioMario GalaxyNintendoPlatformerSonicSonic GenerationsSonic Lost World
Previous Article7 Days To Die – Liars & ThievesNext ArticleThe Witcher 3: Wild Hunt – What Is The Wild Hunt?