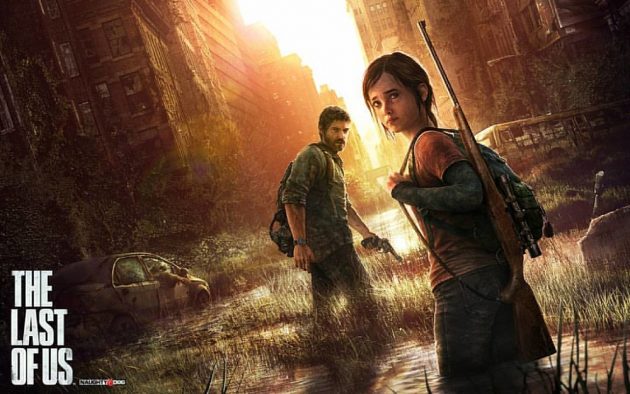 Well, for most of use video games are fun and that’s what they are made for but some of the video games really render a powerful message. If you have bought cheap video games just to try them out but if you pay attention close to the narratives, you will get the core message of the game. The following four games have a powerful message to share with you and whoever decides to pick them up.

Naughty Dog was zealous to display its greatest riding by giving us a beginning cut scene that made us cry more in 15 minutes than most games can push out of us in a few hours. As a result, a devoted father and family man undergoes a steady yet testing stream of character development hardening him into a rough and gravelly survivalist. The following 20 years after his daughter’s death, we can assume, wasn’t fun. But after a massive contagion becomes a global issue, he met new friends and allies that gave him something to fight for by conquering countries at a time.

This game tells us that it’s important to keep in mind that a person can truly move on from anything with the proper nurturing from a reliable group of friends.

Taking us on an episodic journey, Life is Strange beautifully stretched its narrative across five episodes. All of which seemed to unravel the story just a little further and a little weirder than before. After a distant childhood friend makes an untimely return back into the already confusing life of Max Caulfield, the esoteric town of Arcadia Bay starts to slowly reveal its mysteries to the player. The mechanic of rewinding time though seeming to be arbitrary actually was done to reflect the common human tendency to want to rewind time to prevent taking a certain risk or putting a deep regret to rest.

An innocent story of reconciliation develops into something far bigger than anyone playing the game could have ever anticipated. Even despite the seamless pacing and overwhelming streams of supernatural events, the game still makes room for plenty of nostalgic moments that force you to remember your own childhood partner in crime.

Cole MacGrath’s trip to Empire City, as a bike courier, takes a disastrous turn. Things get heated pretty quickly as he is blamed for terroristic acts against the city. Everywhere from Ground Zero to 50 miles out, the great metropolis deteriorates into a massive post-apocalyptic wasteland. People are faced with daily moral dilemmas on how to survive even if that means jeopardizing the survival of others. Your decisions raise your karmic level in two different directions and the player unlocks access to new powers and abilities depending on which courses of action they choose.

As one of the first recent games to teach us the implications of our decisions do indeed have consequences. A lot of players were met with the tension in which they have never experienced resulting in a pretty immersive plotline in which the player gets to control.

Kingdom Hearts introduced so many gamers to the notion that games or just these toys you played on a screen by pressing buttons. These games could tell stories and build characters. Kingdom Hearts taught people the power of teamwork and friendship in the face of overpowering adversity and to simply remain hopeful in yourself. Confessing your fears and worries to your friends is what makes them lose their power over you. Because inside of us all there’s a tiny little flare of light that cannot be extinguished.

So, these are the 4 video games that we consider they give a positive message. If you know more video games and want to share with us, please feel free to use the comments box below.

Follow us and get the latest news delivered to your timeline!
inFAMOUSkingdom heartslife is strangePositive MessageThe last of usVideo Games
Previous ArticleThe Epic Store is getting more exclusives, courtesy of the Spring 2020 updateNext ArticleCall of Duty Modern Warfare 2 Campaign Remastered trailer leaked