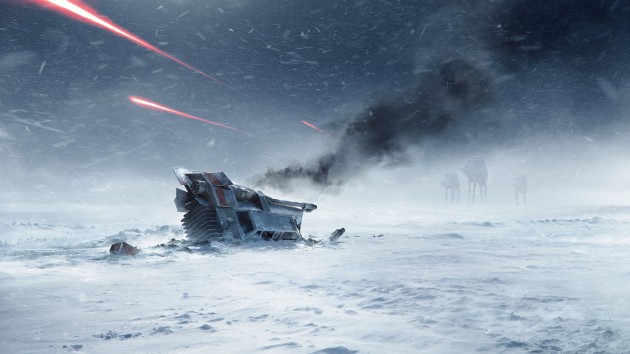 From fifteen-year-old reboots to unexpected remakes to little red dolls made of yarn, E3 2015 has been nothing short of surprising. Everyone boards the annual hype train as dozens of new games rear their heads at one of the biggest conventions around.

Everyone is excited, that much is certain, but what excites each individual person most is another topic altogether.

These 11 games are games that intrigue me beyond all others, and I’d be lying if I said it wasn’t a daunting task to actually place these in some sort of specific order.

This might be the strangest way to start off a list about games I’m excited for, considering I’ve never played a Shenmue game in my life. I’ve heard nothing but great things about the franchise and how it helped define what we now call the open-world game, but as for experiencing it first hand, I have not.

You might wonder why I would be excited enough that it’d make the cut. While I can’t say I’m anticipating continuing a story I’ve never heard, just seeing the reaction of the fans got me vicariously hyped.

I want to play Shenmue. I don’t have a Dreamcast and I don’t have an original Xbox, and as a self-appointed hardcore gamer, it’d be silly not to play such a revolutionary and inspiring franchise.

I anxiously await my first trip into the world of Shenmue and hope that it lives up to the other games in the series, not for myself, but for the fans that never gave up hope that they’d see the end of their story.

I am a ridiculously huge Star Wars fan, and with the murder of LucasArts, I was devastated at the thought of not getting another excellent game set in the Star Wars universe. I wanted a developer that understands the franchise to make an experience that I won’t soon forget, with meticulous detail to capture the feeling of Star Wars.

When it was announced that DICE would be creating the next game in the Battlefront series, I couldn’t be more excited. Say what you will about the launch of Battlefield 4, but DICE absolutely understands how to make an incredibly rewarding first-person shooter with deep multiplayer. Pair this with the fact that DICE adores Star Wars, and we should be in for a treat of a game, right? Right!

There are a few concerns I have such as the AT-AT being on rails and the smaller player count, but if anyone can pull it off now, it’s DICE.

While Fallout 3 or New Vegas didn’t really jive with me, the seemingly overhauled gameplay, a renewed sense of humour, and a new focus on a ridiculous amount of customization has me really curious if Bethesda can finally immerse me in their game.

Overall the game looks fantastic, but I’m still nervous that it will be fetch-quest heaven with stiff and lifeless characters. We’ll see when it drops though.

When I first got my SNES, I was absolutely blown away by Starfox. It had impressive polygonal graphics, unique and memorable characters, and insane combat that relied on your ability to react in a swift manner. It was such a unique concept to me at the time – especially with space bunnies- and I played it ritualistically for months without ever getting bored of it.

After the original Starfox though, the next game I got to play was Starfox Adventures. It is a great game in its own right, but it was a complete spin-off that didn’t satisfy my urge to soar an Arwing through rings while dodging blaster fire.

It has been over a decade of waiting for a new console Starfox game that adopts the philosophy of the original, and it seems that despite some huge changes like the motion controls, we’re finally getting a proper sequel.

I can’t wait to see what Nintendo does to improve on such a meticulous formula, and I’m anxiously awaiting my binge sessions where I scour each level searching for hidden secrets.

Nier was a game that I always wanted to try but never could. I spent three or more years trying to find a copy in my area to no avail, and it seemed that no matter what stones I upturned, I’d never be able to play the game.

I got lucky recently and bought an extremely cheap copy on the PS3 and after spending two weeks playing through the adventure, I wanted nothing but more Nier.

The timing couldn’t be better, as mere weeks later Nier 2 is announced. Furthermore, having a developer like Platinum Games handling Nier’s weakest point, the combat, could not be a smarter idea. We already have all the assets to make a wonderful experience, we just needed someone with the right skill to flesh out the gameplay mechanics.

A lot of developers, Bethesda included, seem to want to flock to post-apocalyptic earth as a setting. It’s becoming so frequent now that I’m feeling burnt out on the idea. Game after game has you surviving a harsh wasteland torn apart by war and conflict, fighting off mutants or zombies with a variety of guns and melee weapons.

It’s formulaic to say the least, and most games that adopt such a setting don’t stray far from what I’ve described.

Horizon Zero Dawn may be a post-apocalyptic wasteland that has you battling enemies with a variety of guns, but replace the typical zombies with robot dinosaurs. Replace the typical Mad Max styled brutes and The Warriors styled gangs with tribes of primitive hunters using advanced crossbows and spears to do their hunting. Replace a dull brown wasteland with a vibrant and gorgeous landscape filled with colour and unique sights to behold.

All of this makes me excited to play Horizon. I just hope it can add an interesting narrative to the mix and keep things interesting without relying too heavily on dragging out the game’s length for ‘content’.

Whenever EA gets on stage I expect a ton of typical buzzwords like “innovation” while they just show off tons of bland sports games and unending sequels of broken buggy messes that everybody is sick of. What I absolutely didn’t expect was to see some shaking young man with a little red doll made of yarn.

What sold me before the game was even shown was the man himself. From speaking about taking photos of his Yarnie doll in the woods for level ideas to his trembling hands, nervous laughter, and utter gratefulness to be on a huge stage at a massive event, I was completely taken aback by how genuine and sweet he seemed.

When we finally cut to Unravel though, what we see is an endearing, gorgeous, and interesting platformer with what seems to be some interesting mechanics at the core.

There is no doubt in my mind that this game will be solid and the ideas fully fleshed out, I just don’t know if I’m ready to cry at another video game so soon.

Everyone who follows Naughty Dog knew that Uncharted 4 would rear it’s head at E3, but the manner in which it would do it was very much up to debate. After seeing an exhilarating car chase and some incredible technology on display, it is no surprise then that I seriously cannot wait to get back into the shoes of Drake as he finishes up his final adventure.

With a graphics engine to blind the viewer, a new sense of speed and chaos, a focus on verticality and non-linear level design, Uncharted 4 should be on everyone’s radar, as it is going to be the summer blockbuster game we need in our lives.

I never get sick of hearing Sully and Drake’s banter.

When you look at the world of video games, it’s hard to come up with a completely unique idea and turn it into a game that nobody has ever done before. Unless you’re Studio MDHR that is.

With all the distinct art-styles we see in games, not once have we been able to actually play through a classic 30s cartoon from start to finish. Cuphead says that we need to, and it offers us a Mega Man-esque platforming action game with an art style that is almost shockingly similar to such wonders as Mickey Mouse or Popeye.

The game looks incredible and the design so well articulated that you’d be fooled not to think it’s based on some ancient source material.

That it is not, and wait I cannot.

The Last Guardian is a game that I consistently feared had been scrapped. Year after year I’d prepare for E3 with my annual anticipation of seeing more on the game, just to have my dreams crushed as the game went unmentioned and neglected year after year.

I grew cynical and negative as the years went on, and I didn’t think I’d ever have my dream of being able to play The Last Guardian come true. E3 2015 proved me wrong by showing me that the game is not only still alive, but is coming along beautifully.

What a wonderful concept; a boy and his creature. Both escaping a perilous locale, using teamwork and intelligence to stay alive and flee what we can only assume is a vile enemy. The demo starts with the boy ripping spears out of the beasts dying body, and from there a bond is built that I cannot fathom never being able to take part in.

Please give me The Last Guardian. My heart has had a hole in it since I completed Shadow of the Colossus.

Though my top choice might not be surprising, I’d say it’s justified. I got into gaming because of a little game known as Final Fantasy VII. I had dabbled and enjoyed my fair share of shoot-em-ups and platformers on the retro consoles, but nothing had ever fully immersed or grasped me until I went into a pawn shop one day and purchased Final Fantasy VII on a whim.

The game blew me away. The pre-rendered backgrounds were astoundingly beautiful to me, the music was entrancing and ethereal, the writing and narrative deep and complex, and the characters lovable and varied. I had never seen a game with such depth, and I’d spend my nights either playing it or leaving my game on to fall asleep to the incredible soundtrack that Nobuo Uematsu crafted.

These types of memories will never leave me, and the impact of the game cannot be nullified. With that said, I’ve been wanting to re-enter the world of Final Fantasy VII in 3D for years, and the prospect of a full remake coming blows my mind.

Picture Midgar fully traversable in 3D, picture Uematsu’s incredible score re-imagined with an orchestra and picture the gameplay tweaked and enhanced to feel right at home in 2017. That is what we’re getting if I have it my way, and I couldn’t be more excited.