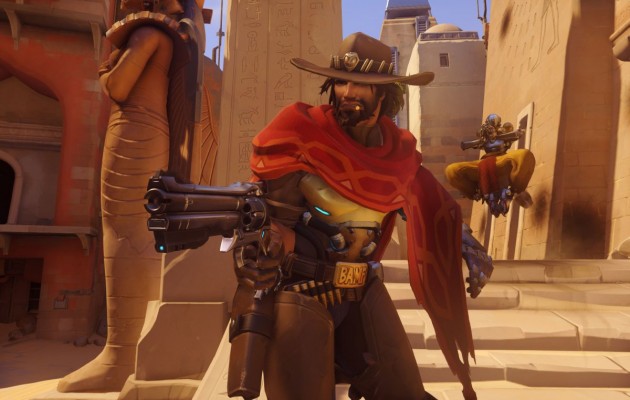 Online gaming is huge in China and Blizzard is going to take full advantage of that with NetEase, Inc., the companies announced a three-year agreement to license Blizzard Entertainment’s Overwatch, a supercharged first-person shooter featuring an amazing cast of heroes and set in an all-new Blizzard game universe, to a NetEase, Inc. affiliate in mainland China.

Overwatch takes place in a technologically advanced, highly stylized future earth. In a time of global crisis, an international task force of soldiers, scientists, adventurers, and oddities known as Overwatch had come together to restore peace to a war-torn world. After many years, the group’s influence waned, and it was eventually disbanded.

“With Overwatch, we’re putting our own spin on the team-based shooter — highly accessible, with the depth and action that FPS fans love,” said Mike Morhaime, CEO and co-founder of Blizzard Entertainment. “We’re looking forward to delivering an awesome experience to Chinese players, and we can’t wait to share more about the game and the Overwatch universe in the months ahead.”

“We’re excited to bring Blizzard’s first-ever FPS to players across China, and expand our cooperation with a brand-new franchise,” said William Ding, CEO and founder of NetEase, Inc. “We’ve had great success working with Blizzard to bring their world-class games to Chinese players, and we’re thrilled to diversify our portfolio of licensed Blizzard games with this popular genre.”

Overwatch is set to release a closed beta this Fall, players interested in attending the beta can sign up on the game’s official page.

Follow us and get the latest news delivered to your timeline!
MacOverwatchPC
Previous ArticleRise of the Tomb Raider Release Date for Ps4 Rumor or Not?Next ArticleTop 11 Games Of E3 2015