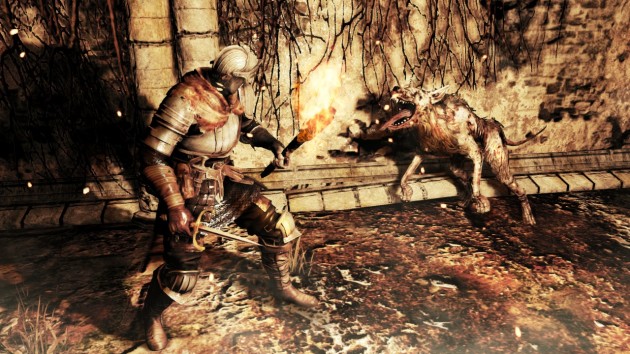 Namco Bandai released a final trailer to promote the launch of Dark Souls II today, and it causes more cognitive dissonance than any other trailer for the Souls series thus far.

Dark Souls is famous for its crushing difficulty and grotesque atmosphere, so it should come as a surprise that the song of choice for this trailer is a Jethro Tull song. It’s jarring that it is placed over over what is potentially the best example of atmosphere in recent memory. Thus, any feeling this game is supposed to evoke has been crushed by such an awkward choice in music… at least, I think? The lyrics match up to everything going on to an almost poetic degree, but the song itself couldn’t feel more out of place in tone and style.

Beyond the song choice however, the trailer is interesting in that it shows off a few new bosses and enemies that until now, we haven’t seen. The actual design possesses a unique, macabre look as usual, and it’s really exciting to see what is beyond the dilapidated bridges of Drangleic.

Will you be picking up Dark Souls II? I regret to inform you that I will be quitting every aspect of my social life for it.