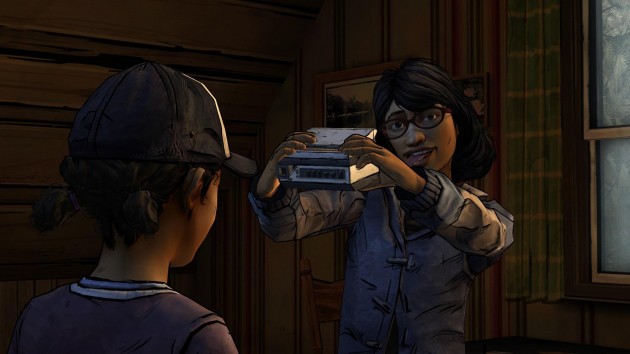 During the last episode of The Walking Dead, A House Divided, the whole cabin group was captured by Carver and his mercenary squad. Now, Telltale Games has published several screenshots previewing the events of the next episode, In Harm’s Way, where apparently Clementine and Sarah will separate from the rest of the group. Will they become the new heroines? How will they save their friends and escape the horde alone? There’s a whole new speculation about their upcoming roles but one thing is for certain, the unexpected shall mark the return of the series. 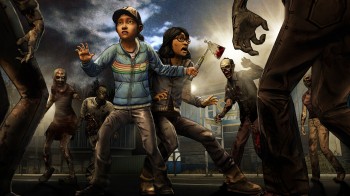 The Escape: Captured but Not for Long

A Harm’s Way mini preview trailer shown at the end of the second episode exposed the whole group tied up in rope. According to the new screenshots, Clementine will find a way to free herself but that’s no real surprise. After all, she always finds a way to turn tables around. She’s still short and really agile, which gives her a huge advantage over all her adult companions. However she won’t be alone this time, Sarah will be joining her somehow. My guess is that both girls will find a small gap in a wall just as it happened in episode one, All That Remains, when Clementine was trapped in the cellar with a small hole in the wall. A situation like this would explain their isolated escape and why no one else from the group is seen in the screenshots. 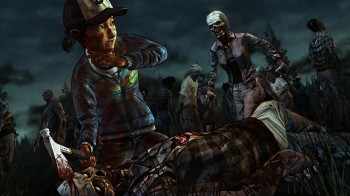 Surviving: Between the Horde and the Devil

Escaping Carver’s facility might seem the best option taking in consideration their captivity status. However outside the devil’s reach lays a greater danger, the horde. It’s not clear if Clem and Sarah will be running for good or if they’re simply trying to find a way to free their friends. Either way, they’ll be alone in the woods surrounded by walkers. Which means their intentions towards the group will be insignificant until they find safety. In order to save the rest of the group they must be alive first. There’s one issue however, Sarah has always lived in-house and she doesn’t know how to fight. Will Clementine be able to protect her or teach her some basics in time? Only time will tell. 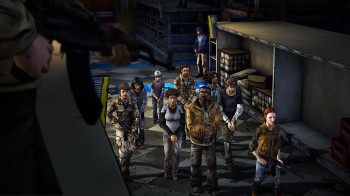 The Rescue: Will There Be Enough Time?

Carver is known for his aggression and impulsivity. He has also shown what he’s capable of to achieve his goals; nothing will stand in his way. As soon as he notices that the two girls are missing, I don’t think his reaction will be any optimistic. He might as well start killing again until they return. On the other hand, it’s quite unlikely that Clem finds a way to rescue everyone, mostly because the series dictates drama and tragedy over safety and happiness. By the time she escapes the walkers, it might be too late for the rest of the group. And that’s probably when players’ decision will come by in this new episode. Who lives? Who dies? The decision will possibly be yours.