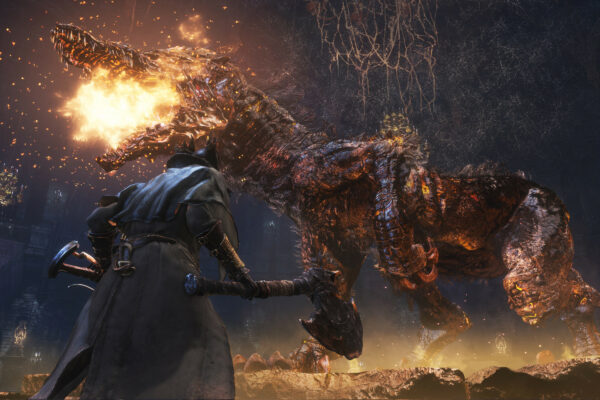 Bloodborne patch 1.04 was being hinted at, I was ecstatic to see my best game of 2015 so far being given careful post-launch support. The game was was a masterpiece of design and atmosphere, but despite everything it got right, there were a few things that needed fixing.

I never would’ve expected however, that Bloodborne patch would not only fix some problems with the game but single-handedly sabotage the entire design philosophy of the series. It was shocking and disheartening, and I actually wondered if it was a practical joke.

It isn’t a practical joke, and I am having trouble even coming up with a cohesive explanation to why From Software would do such a thing to their own baby.

If you have played Bloodborne or another Souls game, you’ll know that the games are based on what is essentially a glass floor of balance. They’re so carefully crafted that the way in which you take on foes and bosses is beautifully executed, offering some relief when you can gain a few levels, while always challenging you despite how good you become at the game.

This among many other things that I will discuss later is disregarded when you can simply have your high-leveled friend join your game with a maxed-out Ludwig’s Holy Blade and some spells to five-shot any boss you’ll encounter.

Furthermore, the fact that you can summon anyone so long as the boss isn’t killed means that you can literally have someone smack their way through the majority of the game with you, doing literally nothing but following on auto-pilot as they reign down the chaos.

While some might think that this only affects those who choose to utilize this feature, there is still an inherent problem with the very idea. 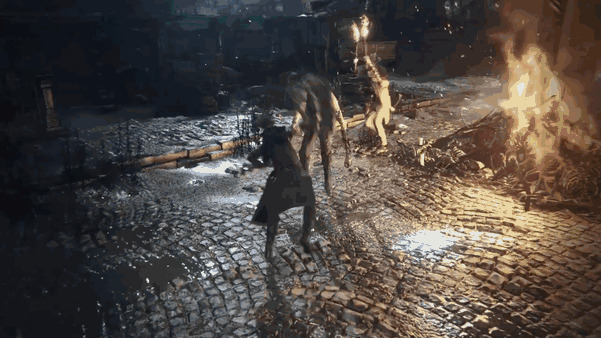 We’re In This Together

When I say this, I don’t just mean through jolly cooperation, I mean as a community at large. We all play the Souls games and Bloodborne for differing reasons, but we are all privileged enough to feel the intense satisfaction of overcoming our fears, weaknesses, and ignorance to defeat the game’s toughest challenges, and that is an idea I cherish.

When I’m struggling through a hard area, I can think to myself that there are many other people in the same situation as me. We’re all in this together and we’re all toughing it out to be granted the endless enjoyment of such a unique franchise.

Except that this all counts for nothing when the game is reduced to what I will call Casualborne. A game where you can steamroll every single hurdle through what is now the equivalent of a ghost writer.

Where is the satisfaction in summoning help in the form of an extremely high leveled player? Where is the sense of achievement you’d earn by completing a nefariously designed area? The truth is that if you utilize this feature, you will experience none of this and it’s a damned shame. It goes against the basic design philosophy of this series: overcome through patience and perseverance.

As someone who not only supports this series wholeheartedly, but also wishes to preserve the essence of what makes this series such a stand-out in an age of absolutely tepid triple A titles and pre-order culture, I cannot just watch it happen and accept it.

You should be proud that you are amongst a small group of gamers that enjoy such a masochistic and skill-demanding experience, and you should not let your precious memories of this franchise vanish into nothing but memories of having a friend do everything on your behalf. 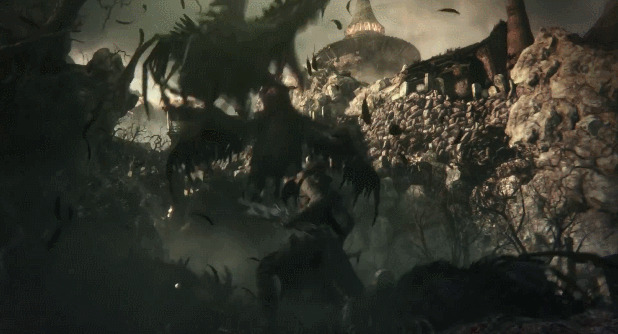 I don’t want to give you the wrong impression that this only impacts the single-player experience, as this is also potentially catastrophic to the online experience, and that is where my true worry comes into play.

Bloodborne, like the games before it, has a unique online feature that allows a player to jump into the single-player world of an unsuspecting victim so that the invader may slaughter him and earn some precious echoes.

This mechanic is one that has been fully embraced by the community since Demon’s Souls, and it is a mainstay feature in this series. This Bloodborne patch ruins it too.

Picture this scenario if you will. You as an honest player spend dozens of hours enjoying Bloodborne and learning the mechanics. After a while, you decide that you want to go head to head with someone in the form of PVP, but when you ring your Sinister Resonant Bell and find yourself in the world of another, you come to a sad realisation… it’s been set up.

You join the world of a player your level, and as you go forth weapon in hand, you see that he has a friend (or three) that are not only incredibly high leveled but possess the advantage of having home field and preparation on their side. You quickly get ambushed in what can only be called a pre-planned ganking scenario, and you find that you are completely helpless to the overwhelming power of these foes.

That is exactly the scenario you will be seeing more and more of as this Bloodborne patch becomes more and more exploited by a community that thrives on ganking montages and yoloswaggin’ PVP videos.

I’d be foolish to think that this is the first time players have summoned friends to mess up unsuspecting invaders, but at least before we had fair-game in the form of level and item restrictions… mostly. This is made even worse when you consider how many exploitable bugs Bloodborne had that allowed any player who so chose, to immediately glitch their way to enormously high levels with unlimited currency.

It’s a big amoeba of small problems that form into one hideous entity that even Miyazaki himself couldn’t have drawn on paper. 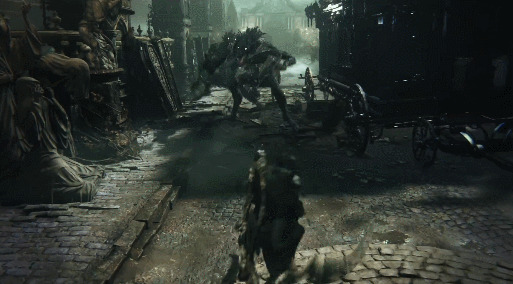 If you were under the impression that these kinds of scenarios would be reserved for only small groups of friends, you’d be sorely mistaken, as even those who hate this patch can still be directly involved in it. I’ll explain how with another hypothetical scenario.

You want to experience the world of cooperation and so you think to yourself “I’ll ring my Small Resonant Bell and help someone out on my favourite boss so that I can have a repeated viewing”. After waiting a brief moment, you find yourself pulled into a world that at first seems normal. When you reach the boss fog, however,  you realize that you have a friendly summon who is so powerful that the boss music doesn’t even get to start before the creature is dead and you are on your way out.

You, who is a sucker for challenge and likes to experience the grind of slowly whittling away at a boss’s health until he finally collapses cannot enjoy this, because even you are thrust into the new-found community of boss cheesers. Something I don’t believe is far and few between, by the way, especially when you consider how Reddit has been behaving since the patch hit.

It hasn’t even been a single week and the Bloodborne subreddit already has threads and comments popping up with people asking for specifically high-leveled players to help on bosses.

There are even community-based passwords in place on Facebook, Reddit, and the Bloodborne Wiki that enable you to instantly summon the help of anyone who is also using the password in the community. It’s no longer about finding a summon of equal strength, but now just a waiting game until an obligatory tank comes in and slaughters everything for you.

The idea that we have entire communities set out to cheese a game that is meant to be legitimately overcome makes my blood boil, but I can’t really do much about it. 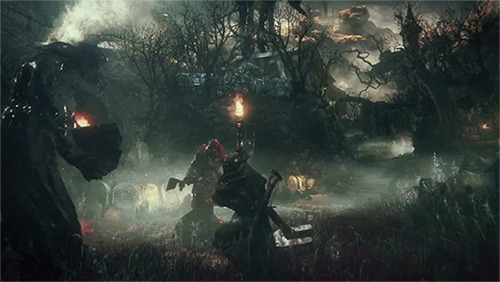 Beyond everything I’ve talked about, what is perhaps the most discouraging thing of all is the response to this patch. It has been overwhelmingly positive from what I and some close friends have witnessed.

It seems that amongst the fans that I have encountered and several articles that have surfaced covering the details of the patch, most people welcome this change, claiming that it’s now a more social experience like they had hoped it’d be.

The idea of Dark Souls and especially Bloodborne more than all is to be absorbed in a world and thrust into scenarios that would make anyone quiver in fear. You are meant to be scared, isolated, alone, confused, and lost. These emotions make it much more rewarding when you tackle a difficult stretch, and they would all be irrelevant if this were a directly social experience.

You aren’t thinking about the atmosphere or the labyrinthine design of the castle you’re in, if all you’re doing is teasing your friends while you casually swing your swords with your brains off, steam-rolling even the toughest of foes without blinking an eye.

It’s almost as if nobody wants to play a Souls-like Souls game any longer. It’s like they want the title of ‘I beat an extremely difficult game’ without actually having to put in any work, and that is discouraging, to say the least.