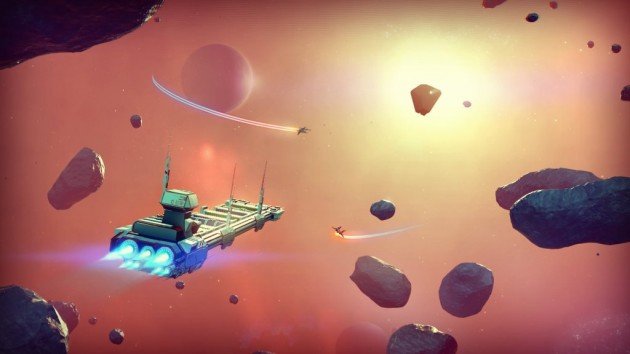 Hello Games, the developers behind the much acclaimed space exploration No Man’s Sky, has very recently shared some new details regarding the game’s economy and trading systems.

In an interview with IGN, Managing Director Sean Murray revealed that the trading and crafting in the game will merely be the “player’s choice” and how they won’t have an actual impact with the game’s economy.

He also revealed how players can make an actual profit, which is by going into a planet, collect some crafting material, crafting something, and then sell that mentioned object in a spaceport.

The crafting system is very similar to the one that Minecraft has, as Sean Murray stated that Hello games won’t be revealing the crafting formulas, therefore meaning that players will have to discover by themselves.

Murray also announced that there will be a free-market economy in the game, for other words, each space station has its own prices, meaning that you should always research every facility before buying something.

The economy of the game won’t need players involvements, as No Man’s Sky will have AI-controlled NPCs, who will travel between planets and spaceports, bringing material up to be sold and traded. They will also bring some items to the other systems that will be located in the player’s spaceships.

This game is due to be released later this year for the PS4 and PC.