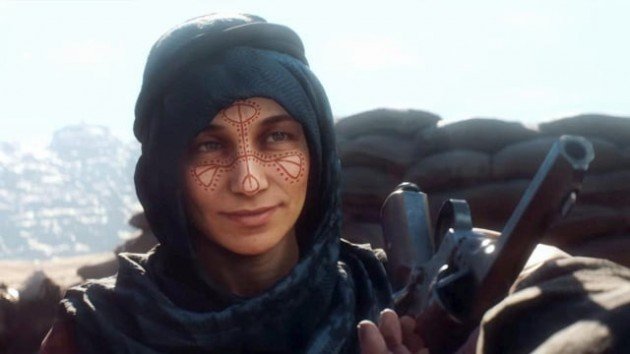 With Battlefield 1 creeping up on us, it is a bit surprising the amount of effort put into only the multiplayer aspects of the game thus far. We’ve seen almost nothing on the campaign which, to be fair, has a lot to prove.

Battlefield games, in general, aren’t remembered for having great campaigns. However, judging by the recently released gameplay, maybe things have finally changed for the better.

The most interesting part of this is how it seems that dying doesn’t yield some arbitrary game-over screen, and instead, swaps you to another named soldier to continue the fight. Whether or not this is representative of the entire game is at the present time, unknown.

What is known, though, is that the Frostbite engine looks utterly phenomenal. It never ceases to amaze me with what is possible right now. Battlefront before this looked breathtakingly beautiful on both PC and consoles, and Battlefield 1 seems to be no exception.

I also find it quite interesting that they’re potentially opting for a more serious, mature version of war. The pure grit of this game is quite fascinating. Especially when you see a tank gunning down enemies that are shellshocked. Few games before this ever attempted to demonstrate that side of these unnecessary conflicts.  While we won’t know until launch whether they’re committed to this or not, it seems to be a good sign.