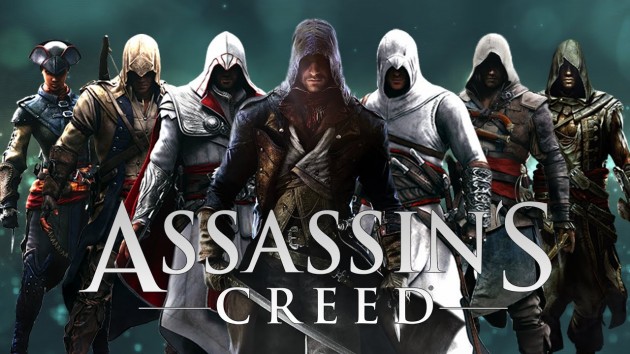 Assassin‘s Creed has become one of the games industries biggest selling franchises over the past few years, and it has visited some of the most beautiful cities and countries that history has had to offer, from Italy to the Caribbean, and the next instalment will take us to 19th century Victorian London, but where else should the series visit? Here are some ideas.

An Assassin’s Creed game set in South America would be amazing. Since South America is huge, then that means that there are so many different locations to visit in this continent. Brazil would, for instance, be a fantastic location, especially during the early 16th century, when Pedro Álvares Cabron, under the sponsorship of Portugal, became the first European to colonize Brazil. It would be pretty amazing to play as an indigenous assassin from Brazil during the colonization from Portugal. A cool idea would be your character’s tribe being wiped out by the Portugese and then your character being recruited by the Assassin’s in an attempt to force the Portugese away.

An even cooler idea would be an Assassin’s Creed game set throughout 19th century South America, where you could follow Simón Bolívar on his military campaign to liberate South America from Spanish control. That means you could visit Venezuela, Colombia, Ecuador, Peru, and Boliva through the game, perhaps one city per country. Your character could be a loyal friend to Simón Bolívar, but also a member of the Assassin Order who must ensure that the Spanish (templar) control of South America is eradicated. Spanish Colonial architecture is also in keeping with previous Assassin’s Creed games, such as the Cathedral of Lima in Lima, Peru and would be a fantastic city to explore.

A Viking Assassin! Now that would be brilliant. Let’s not forget that Scandinavia is one of the most beautiful parts of the world too, and it would make a gorgeous setting for an Assassin’s Creed game. A common theory for the Vikings motive to pillage and expansion was to because Charlemagne, King of the Franks,  “used force and terror Christianise all pagans” and therefore the Vikings wanted revenge. A perfect setting for an Assassin’s Creed game, where the assassin attempts to stop the growing influence of the templars. The naval exploration system from Assassins Creed 4: Black Flag could be utilised in this game too.

One of the most talked about, and requested, time periods for an Assassin’s Creed game to be set in is Feudal Japan. This would be a great setting for Assassin’s Creed because it’s so different from what we’ve witnessed recently from the franchise. Japan’s culture and architecture is so different from anything we’ve seen in Italy, France and throughout the Caribbean. It almost feels like an Assassin’s Creed game is destined to be set in Japan, due to the similarities between assassin’s and ninja’s. A ninja specialises in deception, infiltration, and assassination. Just like an assassin. A ninja, unlike a samurai, was often of low birth and some were also freedom fighters against warlords, which would fit suit an Assassin’s Creed game, the young farmer recruited by the assassin’s to help fight the warlord templars.