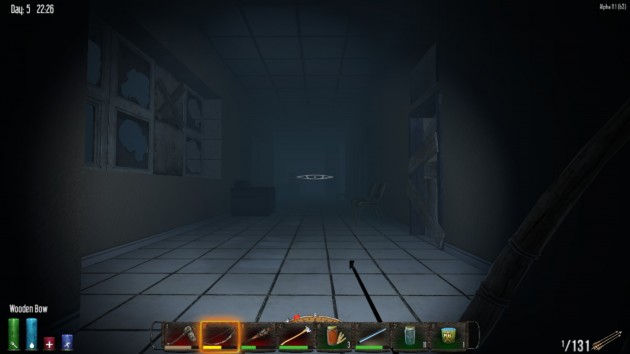 If you’re a keen player of the many survival type games currently on Steam, you’re most likely pretty well acquainted with 7 Days To Die which means you’ve played the new Alpha 11 update that was released a couple weeks back. So what’s new in Alpha 11? Well aside from switching to the Unity engine, it turns out that there’s actually quite a lot.

Switching to Unity 5 has been one of the more noticeable changes in terms of visual effects in this recent patch. The lighting has been vastly improved to create more dynamic visuals and a smoother, less blocky transition between day and night cycles. Equipped weapons and items now don’t take up as much of the screen as they used to and little touches such as reflections on the hunting knife make all the difference in the improvement of this project.

Rivers and buildings have been touched on and have a slightly more polished look to them. Trees are arguably the most noticeable difference, there is now more variety and their foliage has a more natural movement as branches and foliage hang down and sway in the wind. Unfortunately this still needs a little work. In some biomes there is a meshed outline of trees and bushes in the distance but these are still being worked on as plans for patches and the upcoming Alpha 12 update are already underway. The improved high res fog addition is a great improvement not just to visual aspects, but it adds a layer of tension to gameplay. Hearing something ten feet in front of you at night but not being able to see it is certainly a frightening experience. 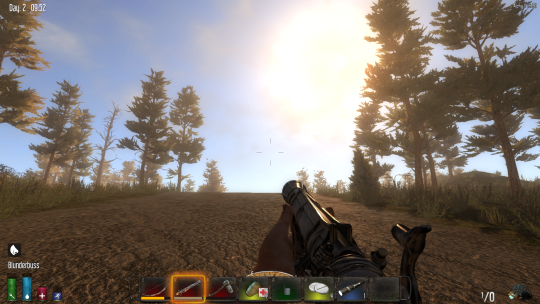 New locations include a hospital, two new grocery stores, a new larger bookstore, new larger hardware store, two new luxury cabins and an Indian burial ground. Some of these are only exclusive to the Navezgane map but improvements such as caves and roads that actually traverse the terrain of hills and such make for a more immersive and natural feel to the world. 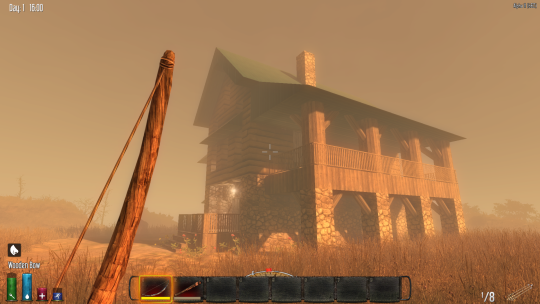 There is a new ‘gore block’ system that essentially allows demised corpses to decompose overtime and decay into the blocking equivalent of flesh. From my experience testing this new feature I discovered that if zombies attack one area while you’re trying to thin their numbers, other zombies can use these piles to escalate and climb over your walls/barricades into your base. Scary stuff! 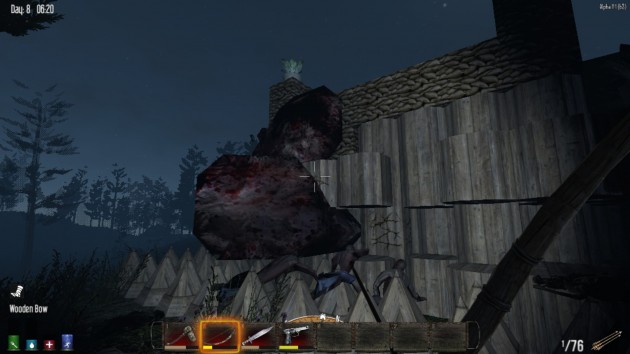 A new leveling system means experience and survival have their merits. You can now level up by killing zombies and crafting items. The more you level up, the better your crafted items and weapons will be, increasing their durability to illustrate your vastly improved experience and knowledge. New weapons such as the Bow and Blunderbuss have been newly introduced into the fold, the bow being a fantastic weapon for first time players and new characters for its easily crafted ingredients and ammunition.

New zombie types are also a new feature with the inclusion of the new ‘feral’ and ‘burnt’ zombies. The burn victim zombies are charred and burning embers and ash coat their decomposed bodies, if they get close enough they have the chance to set you on fire. The feral zombies are the most aggressive of the two, they are deadly in packs and a horde of these will surely force you to do some rebuilding to your fort. You cannot hide from feral zombies, they know where you are no matter what and their aggression (especially at night) allows them to shred through your blockade at speed so be prepared!

Changes that have altered or removed certain aspects from previous patches have been made to better our experience with the game too. An example of this is how the food/water meters now deplete at a much slower rate, meaning players no longer have to devote their playtime to stocking up on food and water. Another example is how previously, blades of grass had to be broken down in order to create plant fibers, now when you retrieve grass it skips all that and is already plant fibers. Little shortcuts like this remove the menial tasks that were previously present before.

These are just a number of the vast new additions and features to the constantly improving 7 Days To Die. To keep up to date on news and upcoming patches you can follow the developer’s diary or watch out for more articles here on Vgamerz in the near future.

Follow us and get the latest news delivered to your timeline!
7 Days To DieAlpha 11 Update
Previous ArticleWhat Other Settings In History Could Assassin’s Creed Visit?Next Article“Cinematic Story Telling” Pros and Cons