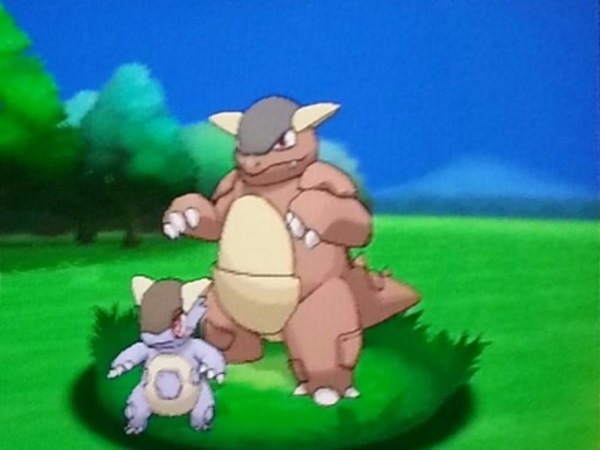 It’s an irrefutable fact of poké-life: these games don’t change much. Pokémon is one of gaming’s most beloved franchises, yet it’s also one of the most stubbornly stick-to-its-laurels-ish. (Yes, that is a thing).

Each installment adds a subtle twist or gimmick to the formula. We’ve seen contests and pokéblocks and all manner of other distractions. Oftentimes, these take the form of minigames, quick distractions you can try out in one of the towns or cities. Nothing substantial, just some new feature or other that can be splurged across the back of the game box.

For Pokémon X and Y, the biggest of these was the Mega Evolution mechanic. This allows certain pokémon to undergo a temporary evolution in battle, changing their appearance and bolstering their abilities. It’s performed via a held item, which reacts with an accessory the trainer is wearing.

But anywho, pokéholics know all of this. They’ll also know that an interesting range of candidates were given the power to mega evolve. Fan favourites Charizard and Mewtwo were the only ‘mon granted two different forms, each exclusive to a version of the game. Through this mechanic, Charizard became viable again, Kangaskhan (of all damn things) became a horrifying powerhouse and Mewtwo grew even more ridiculous.

Mega Evolution is a fascinating concept. When utilized well, it’s a perfect opportunity for previously craptacular pokémon to become decent team picks again. In the aforementioned Charizard case, the fiery lizard had been ignored by competitive players for years. Its mediocre power and the savage beating it takes to the face from Stealth Rock sealing its fate. Suddenly, Mega Charizard Y is claiming souls and whupping butts all over the place with the sun it summons. Who saw that coming?

The freshly-released Alpha Sapphire and Omega Ruby took that idea of elevation and ran with it. In the run-up to release, we were seeing Mega Pidgeot, Mega Sharpedo, Mega Camerupt, Mega Audino and all kinds of madness. Yup, freaking Pidgeot.

All of these are sorely neglected (or plain damn awful) ‘mon who have been patiently awaiting their chance to unleash a whup-ass can or two. I never thought I’d see the day when Pidgeot would become a fearsome special attacker, armed with deliciously spammable No Guard Hurricanes.

But there’s the rub. While this makes these oddities usable again, they’re in danger of remaining sub-par choices in the faces of Mega Salamence and monsters like that. You can only have one mega evolution per team, and there’s so much competition for that slot now. It’s great to see Mega Camerupt rampaging on a Trick Room team, I’m just afraid that you won’t see it enough.

Follow us and get the latest news delivered to your timeline!
3DSAlpha SapphireGame FreakNintendoOmega RubyPokémon
Previous ArticleFootball Manager 2015 Patch 15.1.4 Fixes Long Save Times, Other ChangesNext ArticleRumor Has It: Dragon Age: Inquisition & Denuvo Have Been Cracked