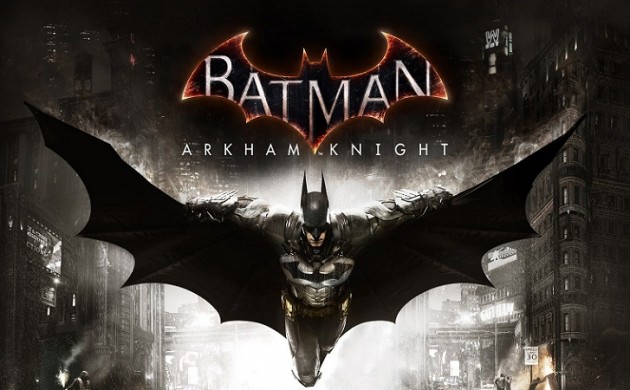 Oh, Arkham. You’ve been singlehandedly dragging the reputation of licensed games out of the gutter since 2009. With one fell swoop, Batman: Arkham Asylum erased all of our terrible Superman 64 memories, and that’s a beautiful thing. Rocksteady are doing the impossible, right here.

‘Good for a licensed game?’ Sure, that’s plausible. But among the best action games of recent times? Nobody saw that coming. But we’re glad it did, and now the Hype Train is cruising along at full speed for the latest in the series.

Batman: Arkham Knight hits PS4, Xbox One and PC on June 23, and picks up one year after the events of 2011‘s Arkham City. It introduces a Gotham City in greater danger than ever (and if anyone knows freaking danger at this point, it’s Gothamites), as the Scarecrow launches an attack that causes a mass evacuation. Batman, natch, isn’t amused by this sort of behaviour, and sets out to stop the sack-headed loon.

Along the way, he is joined by the freshly-created-for-the-game character Arkham Knight, whose all-consuming grudge against the Bat leads him to unite with Scarecrow. If you’ve played Arkham Origins, you’ll be familiar with where this is going: the dastardly duo plot to gather Batman’s greatest foes in an endeavour to finally kill him. It’s just a bad day all around for Bruce Wayne.

From everything we’ve seen of Arkham Knight thus far, it’s a refinement of a familiar formula. A third-person action game, of course, with an emphasis on stylish combat and a hefty dose of stealth. As usual, Batman’s legendary detective skills come into play often, allowing him to analyse the situation and determine the best way to utilize his gadgets to neutralise enemies and achieve objectives. Sure, there’s a whole lot of goon-punchin’ to do, but Arkham games have never been simple brawlers. They’re a little deeper than that, and it’s this balance that makes them so beloved. 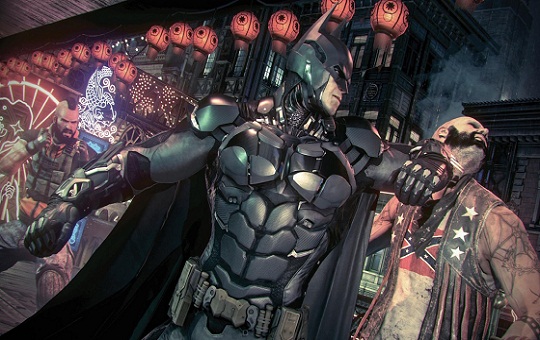 Still, though. There’s a time to be calculated, methodical and logical, and there’s a time to barrel around at 150mph in the Batmobile and wreck tanks with huge freaking missiles. Yep, the Batmobile is truly ‘playable’ for the first time, and damn is it heavily armed. Vehicle combat has made its way to the streets of Gotham, and there are a lot of Scarecrow’s war machines to mangle. It’s like an even deadlier cross between Arkham and Grand Theft Auto, and that’s an offer you just can’t refuse.

Elsewhere, our dreams of a truly free-roamy Gotham are getting closer to being realised. There’s a greater emphasis on freedom this time around, with more opportunities to eschew missions and story progression and just wander. It’s all very Grand Theft Auto in this regard too, which is something I think is fantastic for the series.

In short, then, Batman: Arkham Knight is very much evolution over revolution. With a critically acclaimed series like this, that’s probably the best way to go, and it’s very eagerly awaited for it.

Follow us and get the latest news delivered to your timeline!
Batman Arkham KnightPCps4rocksteadyXbox one
Previous ArticleEternal Conflict Announced for Heroes of the StormNext ArticleHyrule Warriors 3DS Leaked; Trailer Analysis