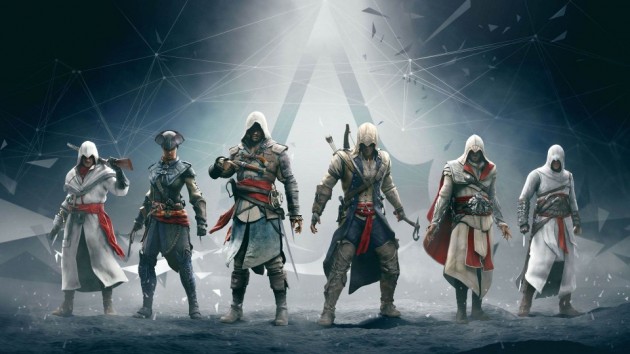 A decade ago, Ubisoft introduced us to a world like no other. The world of Assassin’s Creed, where the Assassin’s are the good guys and the Templers (those who stand for the wrong goals) are the bad guys. Since then, the Assassin’s Creed franchise has built a platform on the seemingly endless battle between Assassin’s and Templars. Venturing from location to location across history’s greatest time periods. From: The Italian Renaissance, Ottoman Empire, the American Civil War, Victorian England, the Age of Pirates, and the French Revolution.

So, where will they take us this time?

Easter Egg Within an AC Game

Scouring the internet is a lot of fun. Especially when the fandoms are in full force yelling at one another about the who, what, where, and when. However, Ubisoft themselves have dropped a few Easter eggs to the next possible Assassin’s Creed game.

Let’s start with the oldest one that got a lot of rumors flying. This one dates to Assassin’s Creed IV: Black Flag.

Now, if you were strictly the story you may have missed this one. This was not one that in the heart of the game, rather it is found when the present-day character can move about Abstergo Industries. Looking through the emails on the computers, you would come across one that shows the name Osiris and a view of pyramids. Hinting of a possible character/title and the location. Ancient Egypt, perhaps?

Osiris after all is the Ancient Egyptian God of the dead who laid final judgment of your place in the afterlife. Kind of fitting since Assassin’s basically lay a similar judgment upon their enemies.

Another playful and clever tease and Easter egg Ubisoft unleashed upon its Assassin’s Creed fan was within its big game release of 2016, Watch Dogs 2.

In one of the side missions offered, you’re tasked with stealing the newest game trailer for Ubisoft’s upcoming game. As part of the mission, you intercept a phone call between two Ubisoft employees discussing the security of the trailer. One employee stating the after the leaked trailers of Unity, Syndicate, and Osiris, they want assurance it won’t be hacked and leaked. There’s that name again!

Subtly hinting that the rumors a leaked picture and trailer (check video below) on the web that were allegedly of the next Assassin’s creed title could be true.

This sparked a change of winds for Ubisoft and Assassin’s Creed. They went on to make the decision that they will not make a yearly game anymore. Allowing the developers to release games that are complete and full of their best work. Meaning no more bugs, glitches, and poor execution. Even if that means yearly gaps. Not to mention, Ubisoft has been looking to get rid of the boring dialogue dominant story and turn their focus to be more decision based. Much like The Witcher III setup.

This brings us to now. It’s been over a year since we last saw an Assassin’s Creed release and we’re only left with leaks and Easter eggs.

Will we see the Assassin’s in 2017? As of now, we probably won’t. But one thing is clearer than ever. Ubisoft has all of us on the edge of our seats again. Let’s see this time around if a lengthy wait will be truly worth it.

Follow us and get the latest news delivered to your timeline!
Assassin's CreedFightinghistoryps4Ubisoftwatch dogs 2Xbox one
Previous ArticleBig Additions Arrive in Final Fantasy 14 Patch 3.5Next ArticleIs Gaming Becoming Gambling?