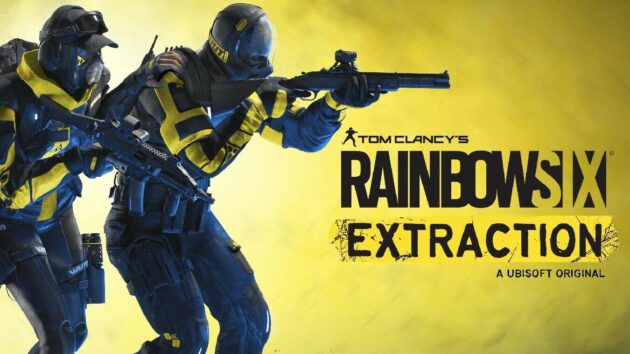 Extraction is a three-player cooperative multiplayer game. Infiltrating an alien-infested place has to be done by operators. They also have to perform goals, including gaining intel, collecting samples, and removing resources from computers. The enemy placement and the locations of the goals are created procedurally. If the enemy takes down an operator, they will become missing in action, and players will not be able to play as them until they are retrieved.

Players can pick operators from a pool of 18 operators. And each operator has their own set of weapons and gadgets. Pulse possesses a heartbeat sensor that allows him to see enemies far across the barriers. At the same time, Alibi has the power to confuse the enemies with a holographic decoy. In order to succeed in Tom Clancy’s Rainbow Six Extraction, players have to collaborate and cooperate with one another. A ping system in the game allows the players to reveal hostile danger and resource locations to other players.

There are unusual varieties of the regular variants, like the rooters, who may slow the player down, and spikers, who can shoot sharp missiles from their bodies. Extraction moves at a slower speed than other cooperative multiplayer games. The players would not regenerate with this health, and resources and ammo are rare.

Rainbow Six Extraction is a spin-off by Ubisoft Montreal’s Rainbow Six Siege, released in 2015. According to Jason Schreier, the Extraction came from a project called Pioneer, first teased in Watch Dogs 2. The game is based on the 2018 Siege time-limited game mode Outbreak, in which players have to fight the hostile aliens in New Mexico. Extraction was designed to be a fun experience for those who do not want to play a multiplayer video game with other people. The developers hoped that making Siege characters available in Extraction would attract Siege players to the game and make Extraction a useful entry point for new players.

Extraction is a first-person shooter that combines the features of Rainbow Six with a horde mode shooter. This game also focuses on the objectives and surviving the encounters with the aliens, rather than employing firearms to shoot down enemies like in most other games. The developers thought that instead of being “entrenched and shooting and mow down hundreds of enemies,” the characters in the game should ambush the enemies.

Follow us and get the latest news delivered to your timeline!
Best Upcoming Games of 2022ps4PS5Xbox
Previous ArticleGOD OF WAR PC version will be released on January 14, 2022Next ArticleTech giant Tencent acquires Back 4 Blood Developer Turtle Rock Studios