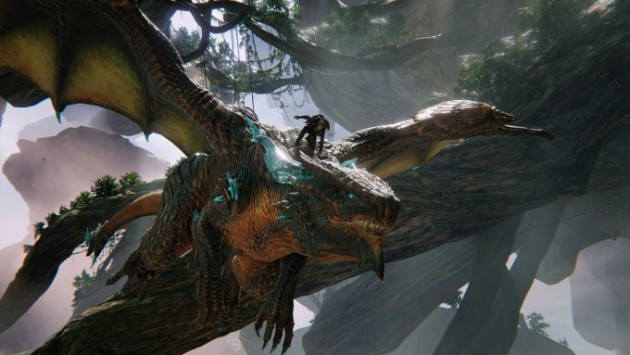 More information about Scalebound Canceled. Earlier this week, Kotaku posted a short piece that claimed that Scalebound was in trouble. After a few hours, the post had been updated and Scalebound was officially canceled to the dismay of many.

While we haven’t heard much on Scalebound in quite a while, it is a complete shock to see that in a single day, the game went from a highly anticipated new IP from the geniuses at Platinum to being a game that virtually doesn’t exist on any official Microsoft outlet with all promotional material being taken down immediately.

The reasons given are vague and Microsoft didn’t do much in the way of fanning the flame.

“After careful deliberation, Microsoft Studios has come to the decision to end production for “Scalebound.” We’re working hard to deliver an amazing lineup of games to our fans this year, including “Halo Wars 2,” “Crackdown 3,” “State of Decay 2,” “Sea of Thieves” and other great experiences.”

It totally makes sense that from a business standpoint, they’d rather invest money in established franchises that are guaranteed high sales, but something about this move seems so cowardly in terms of creative risks.

And the idea that they’ve entirely eradicated the game from existence makes sense that they wouldn’t want to promote something that won’t be releasing, but it feels a bit cold to outright execute it like that so quickly, given that people haven’t even had time to accept that it’s not coming anymore.

All I can really hope is that this wasted potential is invested in making the next Halo game better than 5. Or, at the very least make sure that Sea of Thieves gets the money it needs to do well.

Follow us and get the latest news delivered to your timeline!
Previous ArticleWhat Tracer Being Gay Means For Diversity in Gaming’s FutureNext ArticleHorizon Zero Dawn: Coming Soon to PS4