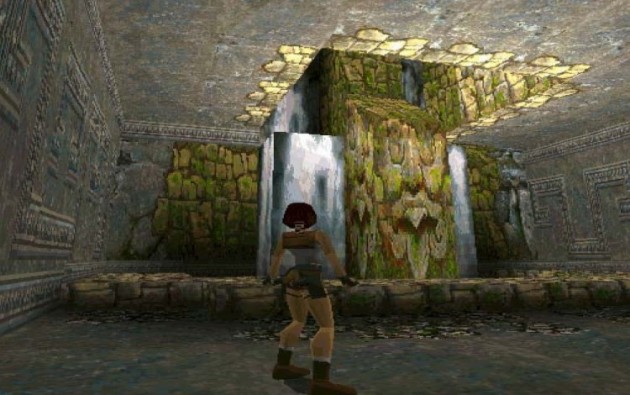 In the mid-nineties, video game heroines were a rare breed. Which is to say, there darn well weren’t any. In this era, the likes of Tomb Raider and Sonic the Hedgehog were establishing their personalities, and so was gaming itself. It was a male-dominated pursuit, full of ‘cool’ and attitude and angry aliens to fire powerful artillery at.

I don’t know where Mario fits into this, but bear with me. The point is that a strong female protagonist was something the medium sorely needed. Into that void stepped Lara Croft, the most badass archaeologist since Indiana Jones (who is, frankly, the only other one there’s ever been).

Tomb Raider hit the original PlayStation in 1992. It’s the first installment in Croft’s long story, as she seeks ancient treasures in historical sites around the world. Let’s take a look.

In the game’s opening, a mysterious device from long ago is discovered beneath the desert in Los Alamos County, New Mexico. It contains a person in a state of suspended animation, and marks the start of a long, ridiculous and puzzle-tastic journey.

Some time later, Lara is approached by the billionaire owner of Natla Technologies. She is charged with recovering the pieces of the Scion, an enigmatic talisman connected to the mystery. So off she cruises to the Tomb of Qualopec in Peru, and the adventure begins. Quite a nutty one it is, too, encompassing the ancient rulers of Atlantis, angry genetically-engineered mutants and a range of imaginative ways to die. 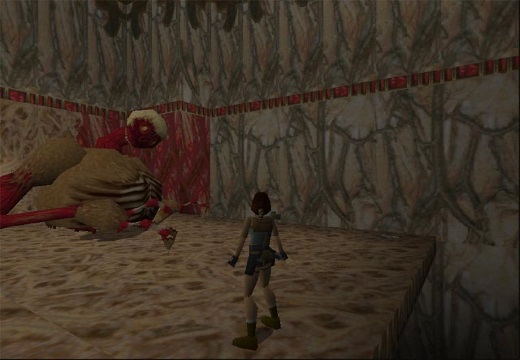 Tomb Raider is an action/adventure/platformer set in a dizzying, cinematic 3d world (well, by mid-nineties standards). Lara’s famous athleticism was here from the start, and lent a realistic, Prince of Persia-ish element to her movement; a kind of homage to the platformers of yore. You traverse a series of tombs, climbing, vaulting, leaping and occasionally shooting the local wildlife in the face to get your hands on those treasures.

Lara’s creation was born for a desire for a more subtle kind of action star. Usually, they’re of the Arnold Schwarzenegger testosterone-amundo build, all rippling pecs and screaming gunplay. The Tomb Raider star is a crack shot, sure, but the game’s a little more slow-paced than that. The emphasis is on puzzle solving and stealth over combat, which made for a unique –and, as I say, technically incredible at the time– experience.

All of this galvanized Tomb Raider’s success, and cemented Lara’s place as gaming’s first lady. Aside from that, it was one of those landmark releases with a profound effect on games that followed. This is where the 3d action-adventure boom began.

Follow us and get the latest news delivered to your timeline!
PlayStationTomb Raider
Previous ArticleFive Nights At Freddy’s 3 Easter Eggs You Probably MissedNext ArticleMeet the Cast of Code Name S.T.E.A.M.