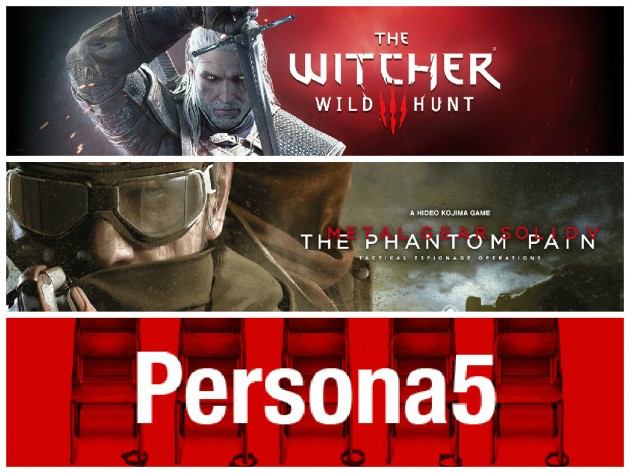 It’s only March but Vgamerz are already thinking about this years potential game of the year. I know it’s early but that’s because we have an abundance of fantastic looking games coming out this year, from Bloodborne to Battlefield: Hardline and Final Fantasy Type-0, but for Vgamerz there are three frontrunners for this years game of the year.

Persona 5 is a role-playing game developed by Atlus. Although not much has been revealed about this game yet, one of the biggest things that get’s me excited about this game is the pedigree that it brings with it. Playing Persona 4 Golden was an absolute pleasure, and it was certainly a memorable experience too. With a fantastic cast of characters and a brilliant story to boot, Persona 4 Golden was arguably the best game Ethan from Vgamerz played last year. Even grinding for experience in the dungeons wasn’t boring. Persona 4 has made us extremely excited for Persona 5. Persona 5 will be set in Shibuya and other locations in Japan. Unlike the previous Persona games, your character will be a criminal.

Ah Metal Gear, a series that has stolen many hours of people’s lives. Now however it’s time to close the circle that is Metal Gear Solid, with The Phantom Pain being Hideo Kojima’s last Metal Gear game, and which also acts as a prequel to the first ever Metal Gear Solid, and it also closes Big Boss’ story. The Phantom Pain is an open world stealth game set in Afghanistan and parts of Africa. Weather and time of day will effect how you can approach missions, for good and bad. A brand new engine has been created for The Phantom Pain, the Fox Engine. The Metal Gear Solid story can be extremely confusing at times, but it is truly brilliant and one of the best video game stories ever. Finishing it will be sad, but it will most definitely be worth it. Also Metal Gear Online will launch alongside The Phantom Pain, which is a 6v6 or 8v8 combat multiplayer game mode, where players will need to work in a team to complete their objective.

The Witcher 3: Wild Hunt is by far the game which has Ethan most excited this year, and arguably ever. It’s another game which will be extremely sad to finish, considering it’s the last in the series, but it’s one that deserves to be finished because the story has always been fantastic. Ciri and Yennefer (two huge characters from the books) makes their debut into the game series, and Geralt returns better than ever, with the addition of ranged weapons and the ability to traverse the large world on horseback. The game is set in a huge open world, and looks absolutely gorgeous. Over 100 hours of gameplay await within the game giving the player plenty of things to do before they have to finish the last game in the series, but not before every ounce has been squeezed from The Witcher 3: Wild Hunt

These three aforementioned games will all be truly fantastic, and everyone at Vgamerz cannot wait to play any of them. A common theme of all of these games is that they all have pedigree due to previous games in the series, and therefore the creators can use them as inspiration and create the best game from each of the own series.  All of the games, and reasons, are chosen purely based on Ethan’s opinion.

Follow us and get the latest news delivered to your timeline!
GOTYMetal Gear Solid V: The Phantom PainPersona 5the witcher 3 wild hunt
Previous ArticleVGamerZ’s GameZ of 2015: #6- BloodborneNext ArticleNintendo To Start Making Mobile Games