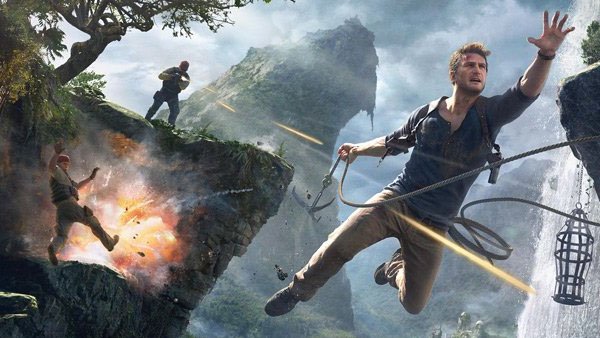 Uncharted 4 trailer creeping up on us at a rapid pace. It is fitting that Sony has, via their official PlayStation Youtube channel, published one final gameplay trailer to continue their colossal hype train straight on ’til May 10 when the game is finally released to the public.

While this Uncharted 4 trailer isn’t particularly chock full of new things and borders on being a teaser in length, the fast-paced arrangement and the crazy over the top action definitely hit the spot for keeping us interested.

Check it out the Uncharted 4 trailer in full below.

With Uncharted 4 being the last game in the franchise, it is great to see that we’re seemingly receiving the best effort yet for Nathan Drake. With a darker tone, new interesting characters, and the anxiety-inducing subtitle of A Thief’s End, Naughty Dog clearly wants us to remember this as the true end of an era for them.

According to Wikipedia about Uncharted 4,

Uncharted 4: A Thief’s End is a 2016 action-adventure game developed by Naughty Dog and published by Sony Computer Entertainment. It is the fourth main entry in the Uncharted series. Set several years after the events of Uncharted 3: Drake’s Deception, players control Nathan Drake, a former treasure hunter coaxed out of retirement by his presumed-dead brother Samuel. With Nathan’s longtime partner, Victor Sullivan, they search for clues for the location of Henry Avery’s long-lost treasure. A Thief’s End is played from a third-person perspective, and incorporates platformer elements. Players solve puzzles and use firearms, melee combat, and stealth to combat enemies. In the online multiplayer mode, up to ten players engage in co-operative and competitive modes.

Development of Uncharted 4 began in 2011, soon after the release of Uncharted 3. It was led by creative director Amy Hennig and game director Justin Richmond. Development was hampered in 2014 due to Hennig and Richmond’s departure from Naughty Dog; they were replaced by Neil Druckmann and Bruce Straley. The team sought to incorporate elements of open-world gameplay, with larger levels to encourage free-roaming exploration and combat. The relationship between Nathan and Elena was central, and Naughty Dog attempted to humanize them more than in previous games. A Thief’s End was released in May 2016 for the PlayStation 4. It was the first Naughty Dog game developed specifically for the PlayStation 4. The team took advantage of the hardware to process larger dynamic environments.

So close, yet so far.

Follow us and get the latest news delivered to your timeline!
gameplaymay 10Naughty DogSonytraileruncharted 4
Previous ArticleNintendo Releasing NX In 2017, Has Light Plans For E3Next ArticlePS Plus, Games With Gold Freebies For May 2016