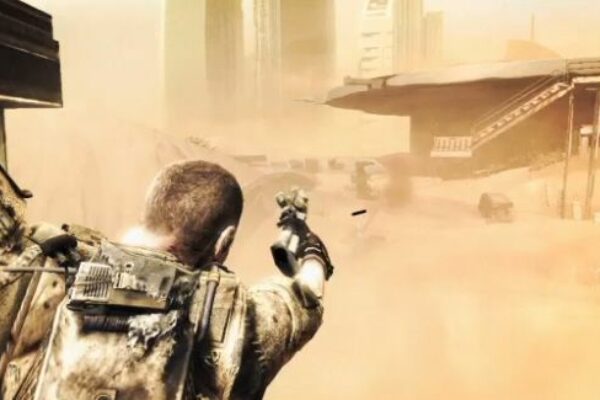 Spec Ops: The Line is a gritty, dark third-person shooter released for the Xbox 360, PS3, and PC. Spec Ops sees you taking control of Captain Martin Walker, accompanied by two other soldiers, through the ruins of Dubai to try and find out what happened to Colonel John Konrad and his Battalion. Featuring third-person squad based gameplay with a driving narrative, how does Spec Ops stack up overall?

The story really shines here, and I found this quite surprising. I went in expecting a frag fest with an attempt at a good story, but this one really delivers. The first couple of chapters aren’t too compelling, but by chapter 3, you’re growing attached to these characters and want to see what happens, where the plot goes. It’s a very immersive, action-packed story with twists and turns galore. Anyone who likes narrative driven shooters, do not pass this up.

The gameplay itself doesn’t shine quite as much as the story, instead falling into the average category, but it works for what it is. The action is fun, intense, and at points, brutal. The shooting feels tight and I don’t have many complaints with the controls, everything was responsive enough. In addition to the strong, pushing narrative, the game often forces you into a dilemma and gives you only a minute or two to decide. These choices are hard, and you often feel overwhelmed, trying to juggle which is the lesser of two evils. These are by far some of the toughest choices in gaming.

The game also comes with a multiplayer mode, complete with ranks, unlocks, and everything you’d come to expect from a multiplayer military shooter. This, unfortunately, falls prey to average gameplay. There’s not much to keep you here. In the single player, you’ve got the narrative and characters driving you forward. Here, you’re just shooting other guys. There’s nothing to set it apart, and there’s no reason to pick this over Gears Of War or Uncharted, both of which have a far better, fleshed out, unique multiplayer experience. 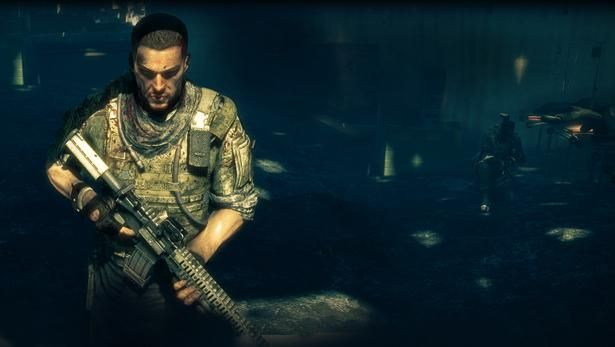 The graphics in Spec Ops are, at times, gorgeous. Namely, the chapters that take place at dusk. The sand gets a cool horizon effect going on. During the first few levels, the dull brown of the sand can give off a bland vibe. Give it a few levels, though. It gets better, I promise.

The sound is great. Voice acting is completely believable, the guns have a consistent and loud bang to them. The bombs and grenades shake the world around you and enemies alert each other of your presence by barking orders at each other. No real complaints on the sound end.

Overall, Spec Ops: The Line is a great game. The decent gameplay, fused with the amazing storyline is reason enough to finish this one. Trust me, you’ll want to find out what happens in the end. Not only that, but the combination of the moral choices and the fact that there’s 4 different endings make replayability a very easy thing. You’ll want to see what you could’ve done differently. The multiplayer is a bit of a dud, but like I said, there’s better options. Get this one if you want a story-driven military shooter with a mature tale, and a gripping narrative. You won’t be disappointed. 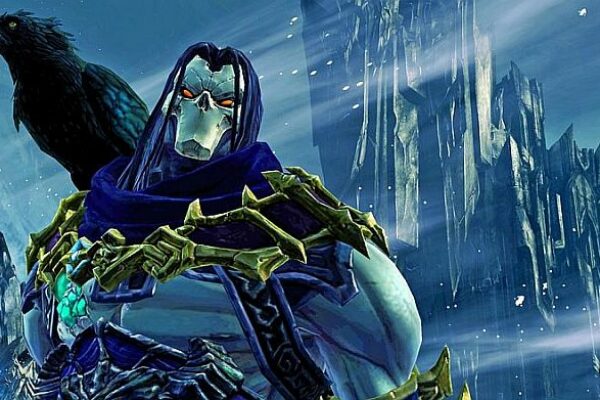 Darksiders 2 is one highly anticipated game expected to hit the stores in August and probably the most anticipated game of that month. Not to mention the fact that it’s the game that has the power to keep THQ above the sinking line and act like their life vest.

And why not admit it, Darksiders 2 is a really exciting game – a game that already started to get preview copies sent to big name websites out there. I am sure you are very curious to find out more about the upcoming game, so check out a list of all the details known about Darksiders 2 so far, list made by The Gaming Advisory. It’s pretty impressive:

– Everything in Darksiders 2 is bigger and more refined than in DS1 (for example, each of the 4 areas in Darksiders 2 is as big as the world of the original game)
– 25+ hours for main storyline, with crapton of sidequests and sidejobs.
– It has an upgraded engine that has more user-configurable options and can show much more on the screen (especially on the PC version)
– Great mix of agile combat [no block, only dodging], agile traversal [much faster than in DS1] and puzzles
– Storyline that will greatly expand upon the lore of DS1, new & old chars. Story is running in parallel with DS1 during majority of the game, far away from Earth and War.
– Expanded character building options – fully featured skill trees, and fully customizable gear.
– Because of all the new loot announced for the game, all animations are this time rendered in-game.
– You get rideable horse from the start of the game
– Bad news: NO multiplayer, NO co-op modes
– Xbox 360 version of the game officially confirmed as one disc only.
– There is a Nightmare Mode in the game which means that if your character dies, you lose all your progress in the game and have to start over. For the hardcore players.
– Trading of items between players is announced as an option of the game.
– Fast Travel, again is available in Darksiders 2.
– In addition to traditional weapon combos, your secondary weapons can be chained-in for their “signature attack”, Scythe has its own rhythm-based/delayed-button press combos, and legendary weapons have their own special attacks.
– Re-spec of tech trees is possible!