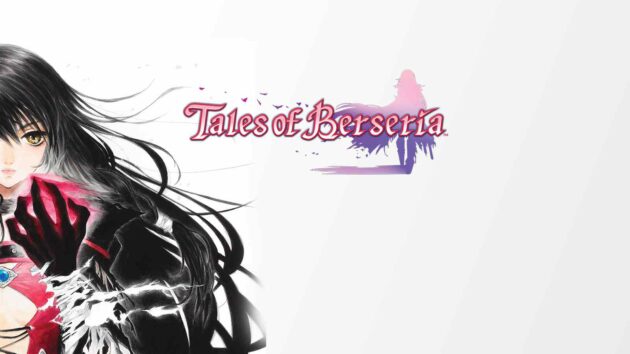 I just loaded up the collectors edition on January 24th, 2017 when it dropped. I’m only about 6 hours in but I felt compelled to say a few things about the game. Tales of Zestiria left a bad taste in the mouths of fans from the series, mine included. I didn’t finish the game because something felt off from the opening menu. There was a controversy surrounding the game that didn’t help. In any case, here are 5 things you should know about Tales of Berseria.

Linear in the sense that the Xillia series was linear. Zestiria suffered from being open world just for the sake of it. The world was colorful but bright and empty. The open areas of the map give the illusion of openness but not quite. I like having a clear direction to travel and the world being open for the sake of it has not been appealing for me personally

2. A Controversial Scene Was Removed

There was talk of a controversial scene in the very beginning of the game. I’m not going to spoil it but there is a video that highlights the part that was changed. The scene occurs very early in the game and the company promises that nothing else was changed in the US/EU release. That is evident by the skimpy attire that Velvet, the main character, runs around in. I love her outfit but of course there is always the option to change her clothes as you find more costumes.

3. Tales of Berseria’s Story Is Dark

The prologue sets the tone for the game. Since I just started I can’t say how it will end. But I can tell you that Velvet takes “by any means necessary” very seriously. The game made sure to let you know that this was not the typical “feel good” story. Zestiria tries to make the player feel like the journey is justified while Berseria does not hold your hand. A lot of the actions Velvet and company take have real life consequences to the people around you.

4. The Battle System Is Fun

They fixed the camera! Thank god because that was a hot mess in Zestiria. The main character Velvet can be very OP though once u figure out how it works. I have been using Velvet as my main attacker and all of her moves are connected to the face buttons on the Dualshock controller. It has been great watching her move across the screen in a flurry of kicks and punches. In addition her demon arm adds an exciting elements to the battle.

5. The Characters Are Great

I love that the main protagonist is not the traditional hero. Rokuro is my new husband. Their personalities shine through in the skits and various conversations held in the over world. Magilou is the designated comic relief and she was a joy so far in the journey. I can’t wait to see how all of their stories conclude in the end. Side note don’t forget to download the free dlc on PSN that contains additional skits.
Have you tried Tales of Berseria? How do you like it so far? Is it better than the Zestiria? Let us know in the comments.

Follow us and get the latest news delivered to your timeline!
5 Things You Should Know About Tales of BerseriaJRPGSOpinionsTales of Berseria
Previous ArticleFrankenslot`s Monster from Betsoft GamingNext ArticleUnderage Video Game Gambling Epidemic Growing