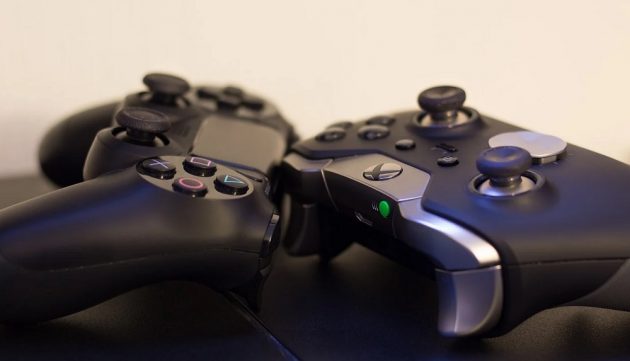 The video and online gaming industry is experiencing a great boom in their business as people are forced to stay at home during the COVID-19 lockdown and turning towards such entertainment to kill time.

Nintendo announced its latest release in the Animal Crossing franchise, titled as New Horizon, on 20th March. According to Famitsu, a video game magazine, the game sold a staggering 1.8 million copies within a period of three days in Japan.

In UK, the sales of the game outnumbered the sales on all the previous installments in the franchise combined in the 1st week.

The game tempts players to build their own avatars and participate in activities like fishing and collecting items from different islands with the purpose of creating new items and spreading the virtual spaces.

Piers Harding-Rolls, research director for games at Ampere Analysis, told CNBC how the sales figures have exceeded the expectations. The game has been a huge hit due to the fact it is an antithesis to the issues people are encountering from the COVID-19 pandemic.

Moreover, the Harding-Rolls explains how Animal Crossing has moved beyond the one-tier seller and entered the big league. Apparently, the industry experts believe the COVID-19 outbreak had a huge role to play in the sudden surge in the game’s sales.

Although, all major cities worldwide have gone into a lockdown in order to contain the spread of COVID-19, but some authorities have even gone to a further extreme by shutting down businesses that aren’t considered “essential”. Hence, millions have opted the role of becoming a permanent home resident.

Daniel Ahmed, a Senior Analyst at Niko Partners, states that the pandemic has aided in the sudden surge in sales as more people are locked in their homes, and gaming is easily the safest, most cost-effective form of entertainment.

According to Andrew Little, research analyst at Global X, the consumer video game spending data indicates a considerable increase since the last month. In mid-March, consumers spent 65% more on video games as compared to the same time in 2019.

Another title, launched — Activision Blizzard’s free-to-play first-person shooter, Call of Duty: Warzone, was launched on 10th March and managed to acquire around 30 million players within a span of 10 days. Hence, we can safely that this is the fastest growing non-mobile game until now.

Beside the above games, it has been reported that the online service-based games will also see a drastic increase in demand through the pandemic, mainly because people are desperate to connect with others while in quarantine.

Currently, many online service-based titles are registering usage more than ever. Another major reason is that those who previously were not hardcore, frequent gamers, now have ample time to try and play more often.

Another group of people are returning gamers, folks who used to play in the past but have seen their interest wane with time. This group is also expected to come back and revive their old days.

Staying connected through games is the inclination. As people are restricted to meet in real world, at least they can connect and socialize with others across the globe in a virtual fashion.

How is the sector performing?

As the global economy has taken a direct hit from the COVID-19 in recent weeks, the video game industry has seemingly alleviated the impact much better than other major sectors worldwide.

For instance, VanEck’s Gaming and Esports ETF has risen by 2% year-to-date, while the ETFMG Video Game Tech ETF has dropped by only 5% due to the huge market sell-off.

In contrast to these, the Dow Jones Industrial Average alongside S&P 500 registered their worst ever quarter, dropping by almost 23.2% and 20% respectively.

Still, a clear, transparent impact on the video game sector is yet not determined. Although the upcoming, elite games could experience a significant push in online sales as consumers are happy to treat themselves more than ever at the home, the overall revenue figures will be negatively affected due to the shutdown of games retail stores in various major cities. Therefore, digital sales compensating for the overall loss might not be enough.

Follow us and get the latest news delivered to your timeline!
COVID-19Video Game
Previous ArticleCooking Mama is not using your Switch to mine BitcoinsNext ArticleTrios return to Warzone’ Season 3 after community outcry