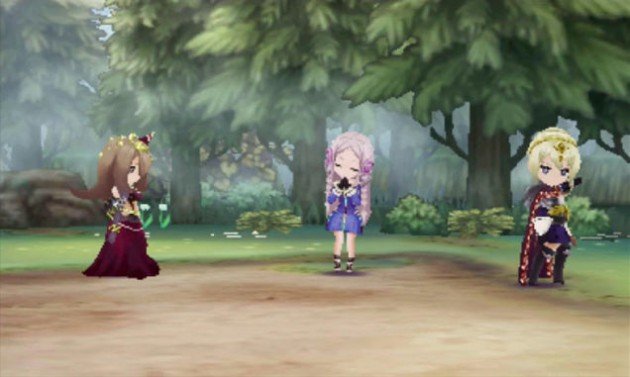 The Legend of Legacy, a brand new RPG developed by FuRyu and published in the Americas by ATLUS, tells the story of seven adventurers – Liber, Meurs, Owen, Bianca, Garnet, Eloise, Filmia – arrive on the mysterious island of Avalon to pursue their own agenda as explorers. They team up with two of the other adventurers to achieve their objectives – be it exploring the island for treasure, looking for the “god” on the island, or recovering lost memories. But things change when they discover a singing stone that causes the party to see phantasms of Avalon’s forgotten history.

When the game releases this October exclusively on the Nintendo 3DS, pre-orders and a limited number of launch copies will receive The Legend of Legacy Launch Edition.

The Legend of Legacy is set to release in retail stores and digitally on the Nintendo eShop for Nintendo 3DS on October 13 for USD$39.99/CA$49.99 and is rated E10+.

Follow us and get the latest news delivered to your timeline!
3DSJRPGLegend of Legacy
Previous ArticleFiveM Modders Banned From The GTA V CommunityNext ArticleGears of War: Ultimate Edition — Mad World Launch Trailer