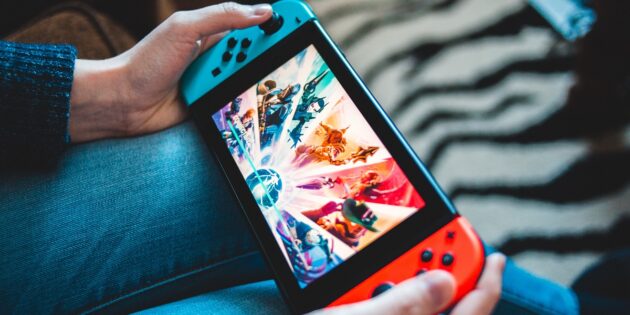 We live in a world of stereotypes. As players, we are often condemned for our hobbies, despite our willingness to show other talents and skills. It’s excellent if you are someone who can do what you love, despite the opinions of others. However, if you need arguments, note that getting away from your daily routine is crucial to save your mental health and make the most of adrenaline-driven entertainment. Besides, scientists proved that gamers are more intelligent, more purposeful, and can take complex solutions at the right moment. So, the best of 2022 video games come in handy, whether you play them or bet on https://gg.bet/en/esports/.

That’s why we collected the top 9 online games from different genres popular in 2022. So, keep reading to pick the best way to have fun and e to flex your brains a bit.

The game is the best among the “royal battles.” The Epic Games studio’s product echoes the creators’ brand and has long been at the top of the most popular online games in the world. If you have heard nothing about video games for the past five years, you will see Fortnite as a third-person beautiful cartoon shooter. One hundred players are settled on the limited map, but only one will win. Beginners are advised to play at least in pairs or teams of four. Moreover, one can benefit from the game by placing bets online on professional competitions underway or coming up.

Dota 2 is one of the most popular team games on the Internet. The plot is based on two bases the forest and the road between them. All characters in this fantasy world have their own game mechanics and skills. The Dota 2 project brings together people of different ages. You can not only have fun and apply different tactics but also find new friends. Do you need more pros?

Like Fortnite, Dota 2 is a professional e-sport available for betting at many online casinos and bookmakers.

The Chinese miHoYo Limited studio succeeded in creating the mega-popular Genshin Impact. The game is introduced on almost all platforms, including smartphones. It also features a huge open world, the kawaii style, likable characters, collectibles, an abundance of puzzles, and tons of tasks. If simpler still, it’s a beautiful grind for anime oriental culture fans.

To diversify your leisure time, you can collect books and exercises, slowly explore the corners of remote mountains, and look for the NTC in the weirdest places. Genshin Impact rewards the passion for exploration with extra dungeons, chests, and drops.

World of Warcraft is one of the world’s oldest and most popular MMORPGs. Blizzard’s brainchild came into being in 2003 and has ranked among the best online games. WoW had ups and downs. However, the project has found new life. It beats all records for the simultaneous number of gamers due to the COVID pandemic in the past few years. So, the game is worth trying if you adore fantasy. The game is paid, but a free trial period will be enough to help you decide.

Tom Clancy’s Rainbow Six Siege is a tactical shooter. Despite its high entry threshold, the project has been successful due to its unique gameplay, balanced battles, and frequent updates. The game is a wise choice if you like first-person shooters, where you need to take your time and think, be sure to pay attention to this game.

A booming MMORPG New World from Amazon Studios cannot boast one million simultaneous Steam players, but it is still popular. Gamers appreciate the local setting of 17th-century colonial America, a vast world, a multitude of tasks, and gradually expanding endgame content. Certainly, some technical problems and optimization might become deal breakers. However, we have good news: the creators have taken care of these issues, so you’ll find far fewer of them.

Warframe is a role model for many shareware projects. Unfortunately, it is almost ten years old. Nevertheless, it hasn’t lost fans but got a more massive army of admirers. Warframe’s success is determined by unusual gameplay with a mix of genres, an impressive world, tons of quests, and the ability to maximize in-game heights without injecting real money. Nevertheless, all that stuff takes more than a hundred hours, so be prepared for a long drive.

League of Legends is the only MOBA game on this chart. The Riot Games project is more straightforward to master than the more popular Dota 2. Additionally, the developers improve the game weekly, make fans happy with various add-ons, fix issues, and listen to the players. They have built a massive community, quite more community whose members present their ideas and arrange cosplay, drawing, and craft contests.

The hames phenomenon is that it’s getting more popular each year despite its unrealistic graphics and a few complex objects. So, it seems that players value other features more. For example, Counter-Strike is very convenient to play with friends due to voice communication. In addition, each team has 5 players, and all may already be familiar.

The game is competitive and emotional, coming with an exciting reward system. Although you play as a team, everyone gets money to the account for killing an enemy, damage dealt, and more. In addition, you can spend money on the weapon, buying it in another round.

Follow us and get the latest news delivered to your timeline!
DOTA 2FortniteGenshin ImpactNew WorldWarframeWorld of Warcraft
Previous ArticleBest deals to grab before the GOG Summer Sale endsNext ArticlePersona 5 Royal will come with all 45 DLC packs on PC Game Pass