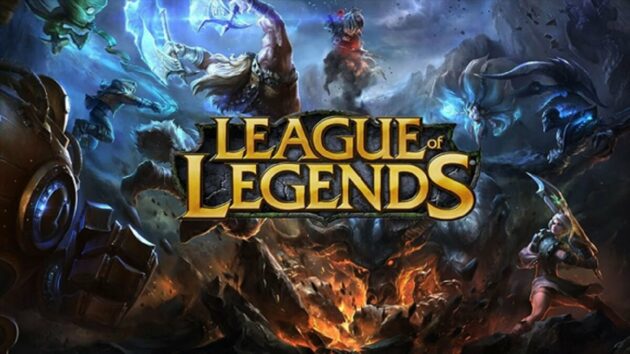 League of Legends is a team-oriented strategy game that has one goal…To bring down the enemy nexus!

This, League of Legends,  is a Multiplayer Online Battle Arena (MOBA) video game that captivates millions of people around the world fighting to be the very best at their champion. But how do you choose one?

Whether you’re in it to have a little ‘me’ time away from the world or you want to pursue a life long dream of being a professional League of Legends player, the most vital tool you have to know is choosing the perfect champion for you to main.

What Are Champions in League of Legends?

Champions are the most important element of the game.

They create diversity and complexity that make League of Legends both fun and challenging. With over 10 years, Riot Games has transformed the game like no other. They’ve created over 157 champions for you to choose from.

Each champion possesses unique attributes and abilities that can turn the tide in any battle inside the Summoner’s Rift. From giant monsters to tiny yordles, League of Legends offers multiple characters you can choose to both love and hate.

The variety of champions you can pick out may be quite overwhelming to do. That is why we have made this guide to help you master and main a champion that will suit your personality and playstyle.

The first thing you have to know is what position you are going to take. Whether you want a marksman, juggernaut, or arcane mage; establishing a role will give you the idea of which area you want to take and master.

Top lane champions are the bare-knuckling fighters of the game. Their role is to be the bulldozer that wrecks enemies in the frontline whenever there are team fights. They live to SMASH!.

If you love to be the player that looks down on his foes, then this position would be best for you. You can be a tank that soaks in damages in team fights while your allies deal heavy amounts of damage to their team. You can also be a cunning bruiser that goes in and out of clashes and pinpoints their weaknesses or you can be a reckless warrior that has only one purpose…to kill!

One thing is certain, top laners are the ruthless solo players that live to charge. You can check a variety of champions to choose from right here.

Junglers are the king of roaming. They seek out potential overextended lanes and gank them. Your role is to give allies a lead to snowball on and take objectives to gain more pressure around the map.

If you are the type of player that wants to assist allies and strengthen their advantage in the lane, then this role is fun to try. The area of the Jungler is so vast that it takes skills and understanding to roam while being in the right position at the right time.

Champions from this role can be damage dealers, long-range poke gods, or even tanks that add more crowd control to the team. You seek prey hunt them one by one and deliver them to your allies.

With a good amount of vision, Junglers can freely rule over hidden areas of the Summoner’s Rift and deliver heavy blows out of nowhere.

Mid laners are the king of pride. You are the center of attention. You live to outplay your opponents in the lane and aid your allies whenever possible.

If you want to play complicated but rewarding champions, then this role is perfect for you!

The mid lane has a vast champion list to choose from. There are long-range poke mages,  skillful assassins that remove enemies in an instant, and tanks that can both soak damage and cast out heavy ability power. These champions have been utilized and driven by world-renowned players like SKT T1’s Faker, TSM’s Bjergsen, FPX’s Doinb, and many more…

Attack Damage Carry or ADC for short is basically championed who love to go around team fights and hit heavy auto attacks to the enemies. You live to hit, strike and dodge foes all day in the Summoner’s Rift.

If your goal as a League player is to be the person shredding through tanks and bruisers, then this position would be the best for you.

ADCs play with a support in the lane. You try to earn as much gold as possible and get your core items as fast as possible. This boosts your auto attacks which will benefit your team when fighting skirmishes around the map.

Enemies fear a fed ADC as a single hit can burst out almost 50-60% of their HP (maybe even 100%). That is why you are a valuable asset to play with.

Supports are being spoken as the League’s least role to play. But low ELO players do not know how important they are to the team.

If you are the type of player that goes into the game and delights in aiding allies and keeping them alive in every team fight, then being supported is your position.

They are the soul of the team. They blend into the strengths of your composition and cover the weaknesses. Supports transforming mediocre ADCs into amazing ones. The ability to keep them alive while they constantly damage the enemy team makes it a very respected role.

Don’t forget! Supports have to click over 5 active items in team fights and also think about the skills that they need to cast in the scenario.

They are essential champions that can protect allies while setting up amazing crowd control abilities to hold enemies down.

Before choosing the perfect champion, these 5 positions should be kept in mind.

Since each champion is unique and amazing in their own way, it takes time and continuous practice to master their abilities that would benefit your team composition. 148 champions are available to play around and choose. It only takes the willingness of the player to learn and test the capabilities of each.

The choices are massive, but it can be so rewarding when you discover the right one to main. Live to learn and you’ll surely find the perfect champion for you!

Comment below on what’d like to learn more about League of Legends or anything else? Remember to rate it and share it if you’ve found it useful. Good luck on the rift! 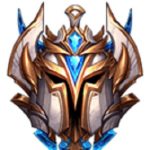 SEE YOU AT THE TOP!

About Author: RTO – A North American Challenger Renekton player, streamer, and YouTuber who is committed to providing the best League of Legends educational content for free. I was placed in Silver 4 my first season so I know what it takes to improve from the bottom. I have ranked as the best Renekton player in the world and I want to help you excel as well.

Follow us and get the latest news delivered to your timeline!
League of Legends
Previous ArticleAmazon’s Crucible to drop two of its modes to streamline experienceNext ArticleWhat Makes Anime Games So Popular Among The Masses