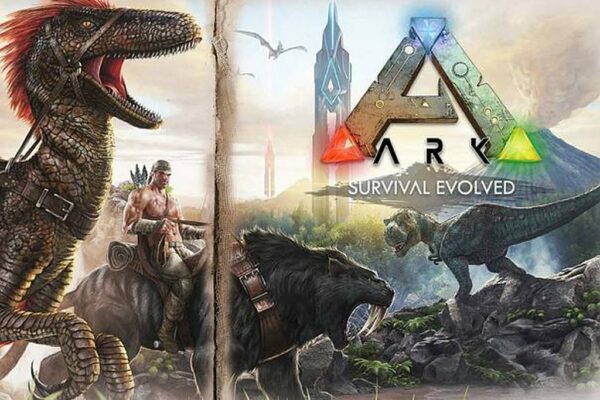 Fleeing from a hungry T-Rex, taming dinos of all shapes and sizes, bringing down prehistoric beasts with a ton of spears. All of these dino antics become possible in indie developer, Studio Wildcard’s online multiplayer game – ARK: Survival Evolved.

At this particular moment in time we can see the gaming market is lacking anything ‘dinosaur’. With the growing demand for dinos growing thanks to the upcoming release of, Jurassic world, it becomes apparent that developers of ARK: Survival Evolved, Studio Wildcard have indeed made a wise decision to taunt gamers with a prehistoric orientated genre of game. With little competition to steal their sales it seems that already, this game could be a huge success. With the social aspect to gaming constantly growing it is more than convenient that this online multiplayer game or MMO is going to be thrown into the works in time to come. With all things taken into consideration, you could say that, Studio Wildcard have struck gold, or the remains of a fully intact dinosaur skeleton, if you’ll accept the poor analogy. 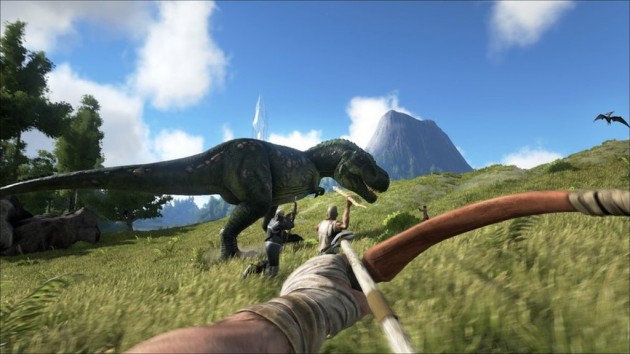 Although exceptionally obvious, it is probably worth noting that from the announcement trailer above, Studio Wildcard have already earned themselves a pat on the back. The very beginning of the trailer sets the initial tone for the game, intensity. Sprinting from the primitive nashers of a Tyrannosaurus Rex, does well to lay the grounds for such an atmosphere. Furthermore, the player is already presented with a stretching span of  ventures to indulge in. The ability to tame dinosaurs is probably the most profound aspect displayed throughout the trailer. The player can dominate the skies upon a Terrasaur, ride the heavily armoured back of a Stegosaurus or even command an aquatic dinosaur for a stroll along the sandy beaches. Not to mention the journey upon the back of an unusually large scorpion, cringe. As the engrossing gameplay within the announcement trailer continues, we can see these beasts being hunted and taken down by barbaric weaponry such as tomahawks, spears and even a bow and arrow. To top off the content within the trailer, Studio Wildcard have also developed a beautiful and vibrant setting for players to explore. ARK: Survival Evolved appears to be set on an island of some kind, alive in tropical flora. Scattered throughout the island appear to be native settlements and the entire island as a whole surrounded by vast ocean. It is highly possible that a lot of the enjoyment players will get from this very intriguing game, could be derived from exploring it’s potential open-world setting. 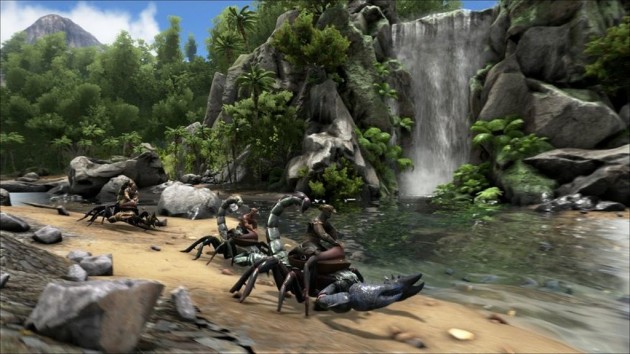 As If Dinosaurs Weren’t Enough…

One of the most fascinating parts of the announcement trailer for, ARK: Survival Evolved was towards the end in which a dragon could be seen setting everything ablaze with it’s fiery breath. Could this be some insight into the potential involvement of some other mythical beasts? I mean we do also get the pleasure of watching some Dodos make haste before the player hunting it. With the surprise of the dragon and with plenty to do already, it wouldn’t come as a surprise if, Studio Wildcard had more surprises in store for us to unveil at a later date.

With such exciting gameplay footage released in the announcement trailer, ARK: Surivival Evolved is going to be one to watch over the upcoming months. It would be unreasonable to put it past, Studio Wildcard not to add to the list of content within this incredibly appealing game. The time of the dinosaurs has quite clearly returned in the form of ARK: Survival Evolved.