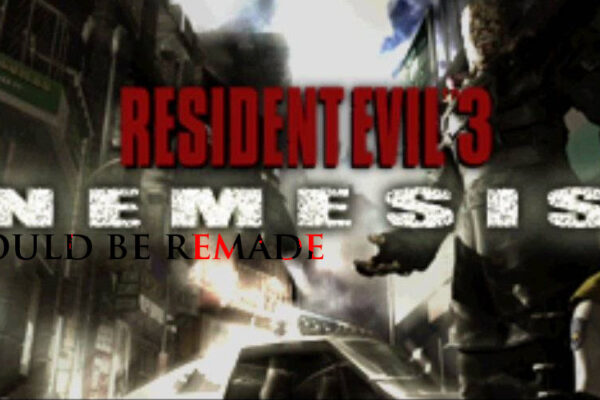 With the announcement of a Resident Evil 2 remake, which I am super stoked about, I’ve thought a lot about what they should remake next. Some might prefer they focus on new games and work on creating better stories rather than going over old territory, and most times I’d be in agreement. There is just something about the earlier Resident Evil games and Raccoon City that makes me come back for more.

Not only more information but visiting other locations or opening up some of the locked buildings. We spend most of the time in the city that it’ll be such a shame for them to waste an opportunity to add to the city. Maybe they’ll open up the area with that lone zombie that we can never reach?

Nemesis is relentless as he stalks Jill around the city while she’s desperately trying to survive and escape. The sheer thrills and scares of the game would only be enhanced by high definition graphics and with more detail, it’s going to be even more terrifying. And yes, I want to see how Nemesis should look like instead of the weird changes they made for the film and Resident Evil: Operation Raccoon City.

It also tried new things, much like the second game did. Dodging, quick turn and even quick time events. As someone who dislikes quick time events, I didn’t mind the ones in Nemesis as they were simple and weren’t that difficult to fail at.

Resident Evil 3 was a good game. Still is even though it’s vastly outdated. A remake will give us fans the opportunity to go back and visit the city and be chased by Nemesis in an improved setting. It deserves every bit of a chance at being remade as the second one had and if there is success for Resident Evil 2 remake, they might consider remaking 3. This is all speculation so don’t take my word for it!

I want the chance to be awed again by my favorite game in the series. Yes folks, my favorite is Resident Evil 3: Nemesis. For a huge while I refused to complete it because there was this sense of finality about it. And there is something incredibly saddening about the city being destroyed when we’ve spent so much time there.

What do you think? Think it deserves a chance at being remade for the current generation of consoles or would you prefer remakes didn’t happen? What would you like to see if they did remake Resident Evil 3? Let me know in the comments below!