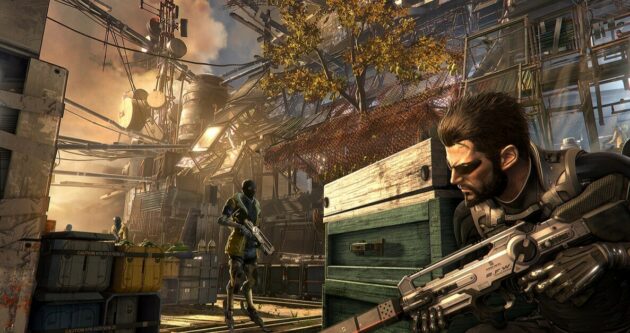 Square Enix and Eidos-Montréal sparked a great deal of controversy when they announced what they called the Augment Your Pre-Order system for the upcoming Deus Ex: Mankind Divided.  The system claimed to allow customers a choice over the preorder rewards they would receive and would unlock additional rewards as more preorders were placed, including the ability to play the game four days early. But it is heard that Deus Ex pre-order canceled.

Many quickly realized that ‘augmenting’ your pre-order was actually deciding what would be held back from your purchase rather than adding towards it and that unlocking additional perks was a faux pyramid scheme that encouraged people to convince others to pre-order in order to obtain more benefits for themselves.  Pre-order has become a dirty word among gamers following several major titles, including Aliens: Colonial Marines, Assassin’s Creed Unity, and the PC port of Batman: Arkham Knight, being overhyped and rushed out the door.  As such, many industry pundits like Jim Sterling and John “Totalbiscuit” Bain immediately denounced the Augment Your Pre-Order service.

Following the outcry, the Deus Ex developers have officially announced Deus Ex pre-order canceled.  Instead, all customers who pre-order the game or purchase the Day 1 edition will receive all of the promised pre-order perks with the exception of the early release, which has been revoked entirely.  The removal of the early release makes sense as many feared that internet trolls would use their early access to post spoilers for those who didn’t opt into pre-ordering.  What are your thoughts on Augment Your Pre-Order being canceled?  Has it affected your desire to pick up Deus Ex: Mankind Divided in any way?  Leave a comment below and let us know what you think.

Those who wanted to circumvent the Kickstarter-esque system from the beginning could instead buy the $139.99 Collector’s Edition of the game. This package, which is still available for pre-order, contains all of the physical and other benefits offered by the augmentation program.