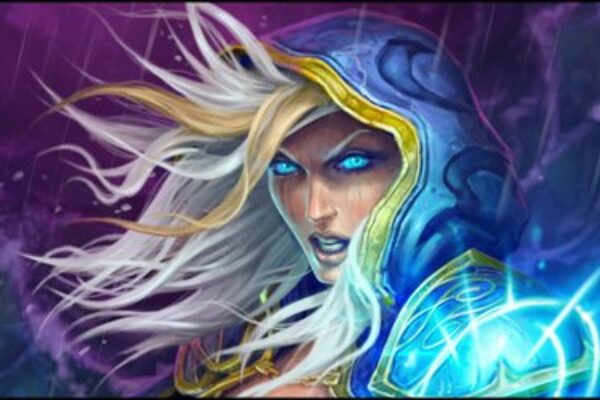 I’ve been playing a lot of Hearthstone lately and I can say that I’ve become at least a bit addicted and I guess that other people are in the same situation as well. Therefore, we’ll start a series here at VgamerZ that will help you build a better deck in Hearthstone. And since Mage was the first class I played and also the one I had the biggest success with, I’ve decided to start the Hearthstone guide series with the best Mage cards for your Deck.

Have in mind that we are not talking here about the best Mage Deck (will follow soon, though), but which of the unique Mage cards are best when you build up your deck. Of course, this might vary based on the cards that you have unlocked already (eg. you might not have Archmage Antonidas yet) and the strategy that you use, but generally my recommendations work well with the “in your face” strategy that goes so well with the Mage class.

So, Jaina Proudmoore fans, here are the best Mage cards for your deck!

1. Mirror Image
For just one mana, you Summon two 0/2 minions with Taunt which are extremely useful especially early in the game, but can be put to great use at any given time because the enemy loses time taking them out (or mana/spells that could be put to better use). Take 2

2. Mana Wyrm
Again a great card if you unlock it (or craft it) that gives you +1 attack whenever you cast a Spell. It has three health, but if you have a lot of spell cards to play in one turn, it can become really gigantic. Get 1

3. Frostbolt
Not only that it does 3 damage to a character, but also freezes it, meaning that it won’t attack during the next turn. A perfect card to take out the big monsters later in the game or whenever they are played. Take 1-2

4. Arcane Intellect
I am always a big fan of having as many cards as possible in my hand and Arcane Intellect lets you draw 2. It’s a bit expensive at 3 mana, but extremely useful because the more cards you have to play, the better your chances are to win. Take 2

5. Frost Nova
For 3 mana, you can freeze all the enemy minions. This can really win you a round if used at the perfect time. The drawback is that it might not be worthwile to play it on numerous occasions so it’s a hit or miss situation. But still its advantages are far better than the risk of not being able to use it to full potential.. Take 1

6. Ice Barrier
A secret card that only costs 3 mana, gives you 8 Armor as soon as your hero is Attacked. That is 8 extra hit points that Jaina can take and it can prove… vital! Take 1 (you really don’t need 2!)

7. Fireball
This follows the “in your face” style of the Mage and can save you of a lot of trouble by taking down those big health monsters. For 4 Mana you cause 6 damage. Direct and extremely useful. Take 1 or 2.

8. Polymorph
Again a 4 mana card that is extremely useful since it turns any enemy into a 1/1 sheep. It basically has the same use as the Fireball so getting both into battle might not be the best idea, but I won many rounds with 2 Polymorph cards and 2 Fireball ones, so it’s certainly doable. Take 1 or 2

9. Flame Strike
It’s pretty expensive at 7 Mana, but allows you to deal 4 damage to ALL enemy minions. And since you’ll play it relatively late in the game, it can prove to be a real life saver and is probably one of the best cards in the game. Take 1 – 2

10. Archmage Antoniadas
My favorite card of them all. For 7 Mana, you get a 5/7 minion that rewards you with a Fireball card whenever you cast a spell. Extremely useful! Take 2

These are what I consider the best mage cards for your deck and they take up about 15 card slots, which allows you to play a lot with the “All Classes” cards. I really love it that these cards are also pretty much spread out over the whole mana cost range, even though having so many spells might get you in a situation where you won’t have any minions left to do the fighting. But we’ll talk soon about a good Mage deck, so make sure to check back with us!

Let us know what you think about them by commenting below!