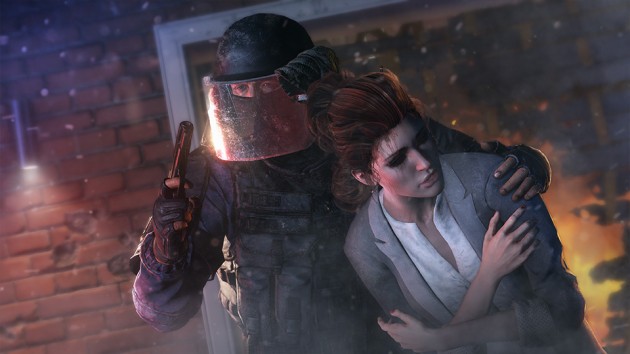 Remember Tom Clancy’s Rainbow Six: Siege from E3? Sure you do. It was that game that everyone loved, where hostages were being rescued, walls exploded and tactics were deployed.

In case you somehow happened to forget it though, Ubisoft has graciously released a new trailer showing off the multitude of awards it won at E3.

Go ahead; click it. You know you want to see more of Siege in action.

I must say, that the level of destructibility in the environments, coupled with what appears to be sandbox tactical gameplay, makes being hyped up really easy. They must however, demonstrate to us why we should get invested in yet another modern military shooter.

Where’s the campaign gameplay? where’s a multiplayer match in action? I’m sure they’re coming, but less dilly dallying on awards trailers would be a start, Ubisoft. Even if the trailer itself kicks a lot of butt.

Follow us and get the latest news delivered to your timeline!
E3new trailerrainbow six siegeTom ClancyUbisoft
Previous ArticleThe Walking Dead | Amid The Ruins Out Next Week, New TrailerNext ArticleHey, Drifloon! What’s Your Deal?