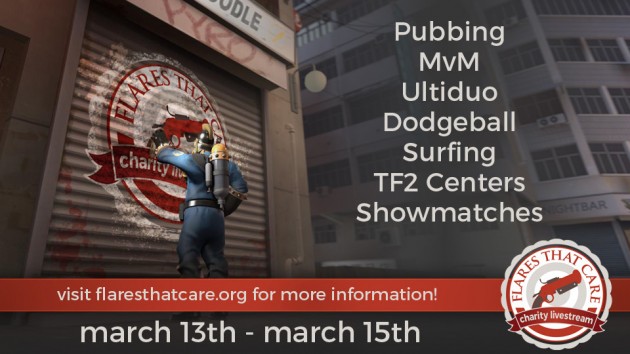 Follow us and get the latest news delivered to your timeline!
CharityChild's PlayFlares That CareLivestreamPCScamTeam Fortress 2
Previous ArticleWhy We Love the ‘Heist’ GenreNext ArticleThe Witcher Character Profile: Yennefer of Vengerberg