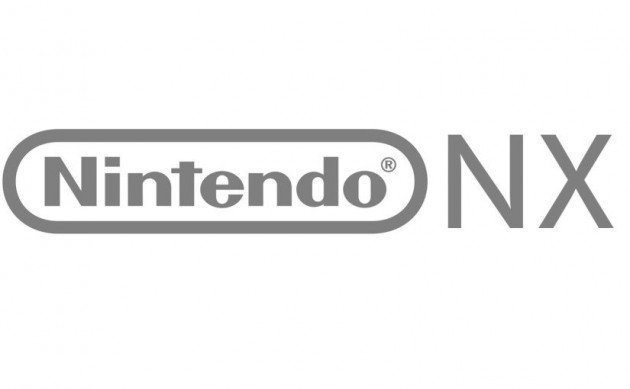 All signs are starting to point to 2016 being the year the NX comes out. This is a really exciting time for Nintendo fans because it’s the time for one of the most fun parts of a console pre-launch: speculation!

At this point in time, NX can be just about anything, but when looking at Nintendo’s latest initiatives  and projects, it is not too difficult to see a trajectory of what NX might be. Odds are, it is finally going to be the console that combines the home and mobile consoles. With that being said, it’s time to take a crack at guessing the launch titles, whether that means on the actual launch day or the launch window, for this system! All of this, of course, is an educated guess and we most likely won’t know what will really be launching with the console until E3 2016.

Until then, though: ONWARD WITH THE SPECULATION!

This has already been confirmed by Square Enix, though no release date has been announced. Moving on.

Next year marks the 10th anniversary of this very dated, but very important, video game. To celebrate the anniversary, I can see Nintendo making this as a launch game, mainly because all Nintendo home consoles launch with some form of game from the Mario franchise. The textures, game models, and the camera would be upgraded to that of a modern game, but other than that it would be virtually the same with the inclusion of the extra characters and levels from the DS version. Maybe this time, Waluigi will be in the game. A man can dream.

Retro has been working on something since the release of the last Donkey Kong Country game. No one knows exactly what it is unless they work for Retro, but it’s definitely in development. Maybe it’s a new DKC or Metroid game, but most likely it will be something completely different. Whatever it is, it’s been in development for a while so there’s a good shot it’ll release on the NX relatively close to launch.

Shigeru Miyamoto has confirmed this game is in production and almost finished. You can’t get much more clear than that. This will most certainly be a day one game.

People have been speculating since it was announced that this game was going to pull a “Twilight Princess”. The more we hear about NX, the more that theory seems like it’s going to be a reality. Expect to see it on the Wii U and NX on the day NX is released.

This game is coming out next fall, and so far it looks amazing. Being that the game is a spiritual successor to an original N64 series, Banjo-Kazooie, I can see Nintendo giving the developers some extra funding to port it to the NX.

To me, this seems obvious. The goal of both of these games is to be a platform, so it would make sense for them to release on the new Nintendo console. Not much more to say about it.

Some Dancing and Sports Games that I won’t Play

Its seems that most consoles are released with some dancing game I never play along with the current game in the major sports franchises. The Just Dance series, I believe, has been a launch title on all major consoles for awhile now. Also, every time a console launches, the current Madden, FIFA, etc. is also available day one. This one seems like a shoo-in.

I am loving Super Mario Maker. I don’t really make levels, but I’m having a blast playing other people’s levels. Due to the popularity and sales of the game, an updated version will probably release for NX that includes more features *cough cough*checkpoints*cough cough*. The only thing that really pokes holes in this prediction is that the NX will most likely be backwards compatible for Wii U and 3DS, which would make a Super Mario Maker successor useless.

Ok, so the next two on my list are a bit weird and quite a long-shot. So anyone else remember that this franchise was once a Nintendo exclusive? If you don’t, I can’t blame you as it hasn’t been the case for nearly 20 years, not the mainline games anyway. Now, I don’t think FFXV will be an NX exclusive by any means, the game is clearly multi-platform and associating a lot of its marketing with PS4. However, back when FFXIII came out, the franchise finally jumped to Xbox and it is totally plausible for the franchise to now jump back to Nintendo. If the NX does indeed have equal or better internal hardware as the PS4 and Xbox One, it would make sense for the game to also come to Nintendo.

Remember, the third game in this franchise launched with the Wii U. That’s pretty much my only reasoning to be honest.

So, all of the other video games with toys actually have games attached to them. This is the one thing that makes the amiibo differ from Skylanders. That being considered, since Nintendo is also restocking many of the more rare amiibo. All of these things considered, I can see the Nintendoland/Wii Sports sucessor that will be bundled will be one based on amiibo. That would make the NX also come bundled with somewhere between 1 and 3 amiibo to get players started in the game. Most likely the bundled amiibo will be a new Mario, Link, and Pikachu.

I don’t think this game will be done by the team behind the Prime series, but I do believe a new Metroid Prime-styled game will be released on NX relatively early. I don’t mean a spin-off like Federation Force either (although I do not think Federation Force will be bad) it will be a mainline Metroid game. Since Retro Studios will most likely not be behind this game, I believe a developer like Next Level Games, the people behind Luigi’s Mansion: Dark Moon,  will be the the ones to take over.

Well, those are all the games I can think of that will be released within the launch window of the NX. Of course, there are other games that are almost guaranteed to be made, like a new 3D Mario and a Splatoon sequel, but I doubt they will release within the launch window. Either way, I can’t wait for more NX info from Nintendo in 2016!

Follow us and get the latest news delivered to your timeline!
3DSMarioMetroidNintendonxpredictionThe Legend of ZeldaWii U
Previous ArticleNew Patch Brings Hearthstone to Japan, Nerfs Warsong CommanderNext ArticleLife is Strange Episode 5 Guide: The Last Digital Code