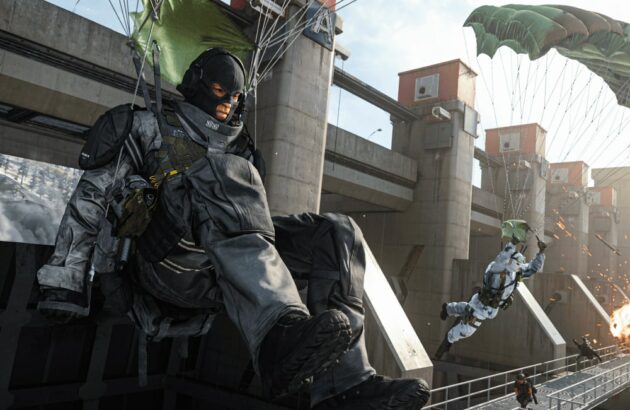 As is tradition with Call of Duty these days, Modern Warfare 2 has some platform exclusive features. More specifically, those playing Modern Warfare 2 on PlayStation gain access to five different exclusive benefits. These benefits vary from small conveniences to controversial game changers.

Beyond that that the benefits begin to get more controversial. PlayStation users benefit from exclusive experience bonuses when playing Modern Warfare 2. This includes exclusive monthly Double XP events and a 25% bonus to weapon XP when partied up with other players. Although this experience boost applies to all party members even if the other members aren’t on PlayStation.

However, the exclusive benefit that has bothered the community most is the extra loadouts. PlayStation users gain access to an additional two loadout slots as soon as they reach level four. This means that PlayStation players have twelve custom classes rather than the standard ten. There is no current method to earn or purchase additional classes on any other platform.

This won’t be the case forever

With Microsoft in the process of buying Activision Blizzard a return to the past looks likely. Call of Duty probably won’t become an Xbox exclusive but Xbox players might begin to see exclusive features show up. That won’t be the case for a little while though as PlayStation’s deal is thought to last until at least 2023.

Follow us and get the latest news delivered to your timeline!
call of dutymodern warfare 2 playstation exclusive
Previous ArticleBayonetta voice actor defends her claims of being underpaidNext ArticleSega plans to launch its ‘Super Game’ by March 2026