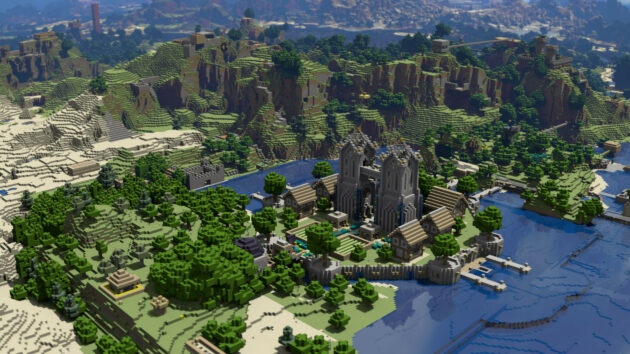 In Mojang’s sandbox world, Minecraft users can now address one of the game’s oldest visual issues. The flat appearance of fungi and plants, thanks to the new plugin. Now, there is a tremendous change in plants due to Minecraft 3D makeover.

Mojang Studios, a Swedish game designer, developed Minecraft, which is a sandbox video game. Markus “Notch” Persson designed the game in the Javascript language. In May 2009, it was initially released publicly. After going through many internal testing configurations with Jens Bergensten, getting over the development, it was fully launched in November 2011. Minecraft has now been uploaded to many other gaming platforms. And it is the best-sold video game in history, managed to sell over 238 million copies, and has roughly 140 million users worldwide as of 2021.

In Minecraft, blocky graphics give excellence of game layout at a level as each cube helps construct the blocky layout and remarkable framework. It overcomes the disappointment due to lack of details. In the game plant’s life, it is especially obvious and noticeable. In which flat, interconnecting cubes commonly symbolize the flowers, Cactus, mushrooms, and many other plants, cubes slightly resemble the flora they’re supposed to represent.

As spotted by the PC Gamer, Dark Storm, a Minecraft modder, a new resource pack has been released. Unfortunately, it overhauls all of the lovely things that come from the ground. The update, “Nature Revamp” replaces crisscrossed vegetation with Minecraft 3D makeover of plants. It is a very small but very surprisingly effective change. In Minecraft, this change is mostly on tiny plants that often grow from the bricks the world is made of. So Plantlife with more structure not only stands out but also makes the world more alive and richer. And it does so with the help of the sprouts that has a solid texture and fit better than the default one.

Now, for Minecraft players, the resource pack of Dark Storm is also available on PC. However, it is worth noting that the creator claims that it is still in beta. Also, Minecraft 3D makeover only works with the Java version of the game. However, the pack’s creator has been working on it for over a year. With semi-regular updates, the creator has added new types of plants and features. So green-fingered players of Minecraft players might want to keep an eye on it to see how it develops.