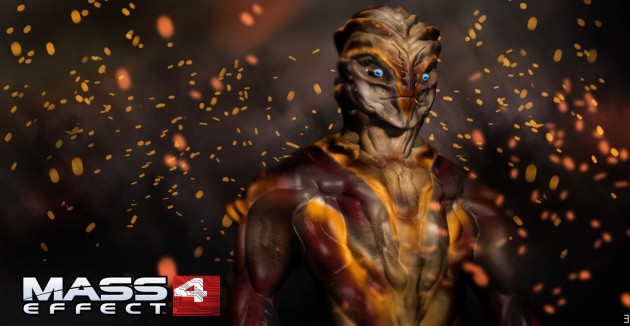 BioWare studio director, Yanick Roy, has recently apologized for the lack of information on the next Mass Effect and game master, Aaryn Flynn, ensured that BioWare can’t wait to bring back the Mass Effect universe. Apparently, the information shortage is due to a focus decision, as Roy stated:

@Yanick Roy: I apologize for not having any new info on the next Mass Effect for you. It’s because our focus is on doing it right over doing it fast! 🙂

Quality seems to be BioWare’s priority right now, so it’s natural that basically no information is being released. Until the development process becomes more steady and solid, it’s unlikely that mysterious leaks will come by. Anyhow, one thing is for sure – the next Mass Effect is not forgotten and the will to return is immense:

@Aaryn Flynn: Two years to the day since we launched Mass Effect 3. Time flies. Can’t wait to get everyone back to that universe.

But even if the developing process is going smoothly, you shouldn’t get ahead of yourself because there’s still a lot of work to do and a long period of restless waiting, since the fourth game shouldn’t reach the gaming markets before 2015.

Follow us and get the latest news delivered to your timeline!
Mass Effect 4Mass Effect 4 Lack of InformationMass Effect 4 Series Back
Previous ArticleThief: How to Make MoneyNext ArticleThe Witcher 3: Wild Hunt Delayed Until 2015