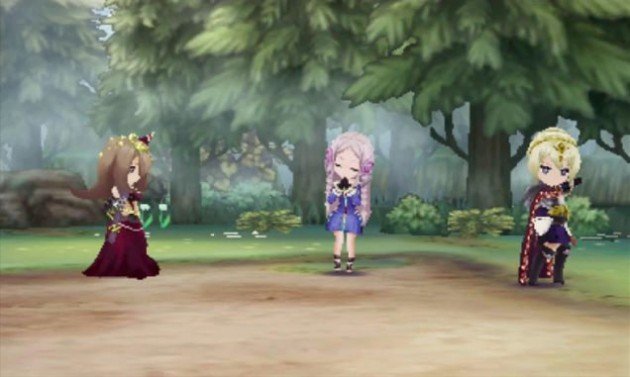 Here’s a look at two of the seven main characters in The Legend of Legacy, the upcoming turn-based RPG from ATLUS and developers FuRyu.

With a strong core of exploration and combat, players will get to choose which of seven characters they will select as their main protagonist – and this selection will alter the focus of the story. Players will also start with a fixed three-person party based on the character they choose, but after a short prologue, will be able to switch out the remaining two party members.

Bianca
A young girl with long, ice-blonde hair, Bianca awakens on Avalon with no memory of how she got there. Or anything else for that matter. She is a mild and gentle girl who despite her unfortunate circumstances and loss of memory remains optimistic. Bianca senses that the answers to her memory loss lie deep within the island, and she is determined to recover her identity.

Bianca’s base stats imply that she is well suited for a support class. She has affinities for wind and fire elements, and prefers to use short swords, axes, spears, and bows in combat.

Meurs
One of the few remaining elementalists alive. The elements have been gathering to Avalon for unknown reasons, and Meurs is determined to find out why they’ve been so attracted to the island. He communicates with the elements and travels the earth with the spirits as his guide.

Meurs also makes for a strong support ally in battle and prefers short swords with a shield. He has a strong affinity for the wind element.

Pre-orders and a limited number of launch retail copies will come in this special Launch Edition collectible, featuring a 6″x8″ outer box, a 10-track music CD from legendary composer Masashi Hamauzu, and a 40-page premium hardcover artbook with drawings and artwork by illustrator Tomomi Kobayashi.

Follow us and get the latest news delivered to your timeline!
3DSatlusJRPG
Previous ArticleBatman: Arkham Knight’s Next Patch AnnouncedNext ArticleBeing A Freelance Video Game Journalist Sucks Yet I Love It